Grundy curator Paulette Terry Brien: "The gallery has to be an advocate for resources and opportunities in Blackpool" - a-n The Artists Information Company 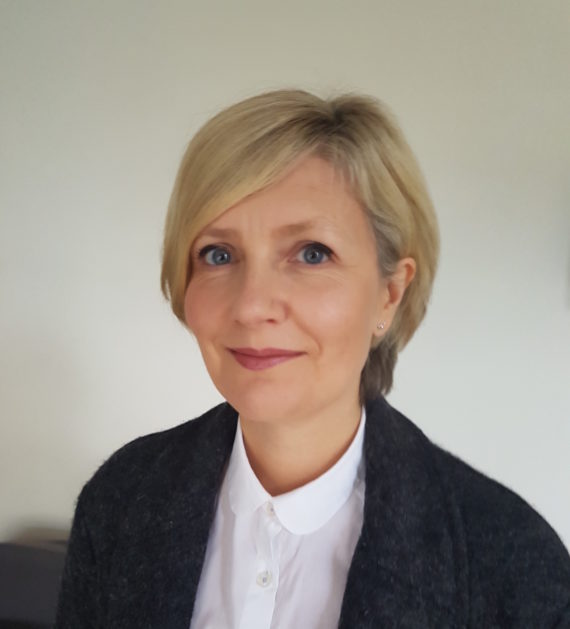 “The Grundy has a part to play in advocating,” says curator Paulette Terry Brien. “We have to be an advocate for resources and opportunities.”

I’m talking to Brien about the Grundy Art Gallery in Blackpool and the role she will play in the careers of artists who live and work in the town. She’s been the gallery’s curator for nine months, and much of that time has been spent meeting people and learning as much as she can about art in this famous seaside resort.

Her mum’s family is from the area she tells me, and she was aware of the superb work being done in the town by Supercollider and Abingdon Studios. But there were also things she didn’t know. For instance, how many talented photographers are graduating from Blackpool & the Fylde College.

The Grundy’s recruitment of Brien is inspired, not just because of her knowledge of artist-led and peer-led activity but because she’s a woman from the North West (born and raised in Preston), which gets people interested in what that might mean for accessibility.

She’s already trialling the Grundy’s small, light-filled first-floor Rotunda gallery as a “next stage opportunity” for early to mid-career Blackpool artists, like Claire Griffiths, whose #RetiredPerformers series is on show now until September. Brien wants Griffiths and others to galvanise their thoughts here, working towards a solo presentation that introduces them to the Grundy audience. “Whereas before I would have been the person running around setting up the artists’ activity,” she says, “now I’m being supportive of those ambitions.” 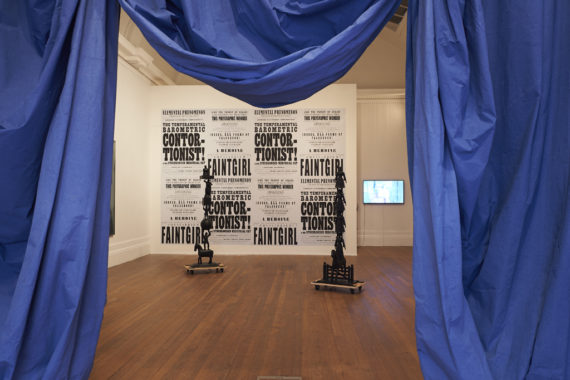 Well known as co-founder and co-director of The International 3, a tiny exhibition and project space first based in Manchester and then Salford, Brien has platformed contemporary artists like Susan Philipsz and Nicola Dale for over 25 years. She started off with a BA in experimental theatre from Dartington College of Arts, Devon, before moving to Manchester where she met a group of creative people who had also gravitated towards the city – including long-term collaborator and artist Laurence Lane.

“It was about celebrating Manchester,” she remembers, “and positioning it as a place that had a very lively, active set of people; as a place where good art was being made. It felt like a lot of people running around very fast: running galleries, writing text, publishing books. There was that true DIY spirit of, if no-one else is doing it, we would get on and do it ourselves.”

Brien joined Lane in 1992 to help run The Quarter Club, before setting up Work & Leisure International with him in 1998. In 2000, Brien, Lane and artist Martin Vincent launched The International 3. From 2010-17, Brien and Lane co-curated Manchester Contemporary art fair, working with artist-led spaces from all over the UK. During this period, Brien completed an MPhil from Manchester Metropolitan University on the relationship between curating and the contemporary art fair, which she “really relished”.

Since closing The International 3’s doors last year – so that she and Lane could take their own advice and seek out new opportunities – Brien’s been rummaging through the archives of handmade posters and faxed letters.

Highlights include hearing (the then emerging artist) Philipz singing a cappella over the Tesco tannoy on Market Street – “within all the noise and bluster of the supermarket, people would just stop to listen. For a very brief second, the reality of what they were doing just shifted” – and seeing Hayley Newman’s microphone skirt in action at one of the events that The Quarter Club put on – “this quite agitated, physically expressive dance where the microphones clang and bang together”.

Now she’s bringing that energy from Manchester to Blackpool Council’s municipal gallery. Founded by the Grundy brothers in 1911, it’s a short walk from the train station and the Blue Flag beach; surrounded by neon bars and pound shops. But it’s no provincial outpost. Those unfamiliar with the area are always surprised by the Grundy’s cutting-edge programming.

Its previous curator, Richard Parry, is now director of Glasgow International and the Grundy has previously worked with Hayward Gallery and the British Council to showcase international players like David Hockney, Pierre Huyghe and Heather Phillipson. It has also presented a range of expected and unexpected artists from its 107-year-old collection – from Ruth Claxton to Augustus John.

There’s a “critical mass” forming in Blackpool’s art scene, says Brien: a new art hotel, A B&B, is commissioning work for its hotel rooms that the guests will ‘self-curate’; this and radical theatre company Form are running separate associate artist schemes. Artist-led ‘curatorial platform’ Unit’s last exhibition, ‘Not Yours, Mine’, came out of a two-week professional development residency with young painter Anya Hassett. Culture organisation LeftCoast – funded by Arts Council England’s Creative People and Places programme – is sparking a huge range of activity, from storytelling at the local Mereside estate to alternative open-top bus tours and banquets. 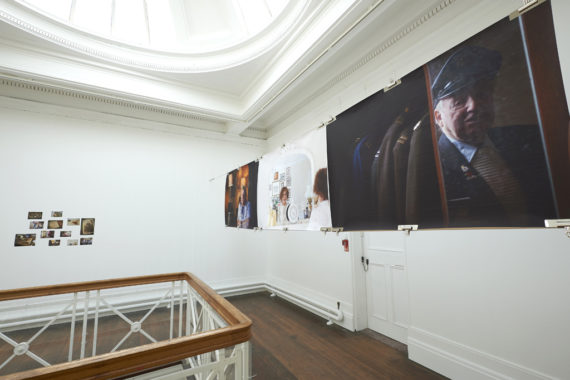 It’s a complicated district of highs and lows. When I first visited Brien at the Grundy in May – to see Ruth Beale’s fig-futures show of satirical ink drawings – she was still wrapping her head around who was coming through the doors and why. It’s completely different to The International 3’s “clearly defined, art-world audience”. She told me that some families struggle to visit the beach – the free beach – because an afternoon out means money for public transport, food and drink.

It’s important to be reminded of this; Blackpool is one of the cheapest places to live in Britain. The more the economy rots, said a recent FT article, the more some people come. Brien describes her “duty to understand it from a historical perspective as much as a contemporary art perspective”.

The Grundy has a “very broad audience that is also seasonal,” she says. “For instance, we’ve just had 23 young people come through who are on a summer school and are all different nationalities; regular visits from local nursery groups, who want to expose young minds to creative endeavours; older visitors who’ve been coming all their lives. This audience have a lot more reasons [than The International 3’s] for coming through the doors.”

The gallery’s free programme has to reflect that, she says. You can currently see five exhibitions appraising Blackpool’s part in Circus250, a UK-wide celebration of 250 years of circus – Brien’s first set of exhibitions curated from scratch. The main show, ‘A Clown Walks Into A Gallery…’, has her hallmarks: it’s performative, ambitious, and features internationally recognised artists like Ulla von Brandenburg (who has made an enormous stage curtain), Philip Newcombe (whose slapstick sculptures play around with the idea of what Brien describes as the “artist as trickster”), and Pilvi Takala (whose 2009 film, Real Snow White, has been on Brien’s exhibition wish list for “years and years”).

The other exhibitions veer from the international to the local: Peter Blake’s sculptural work Life as a Circus, Blackpool College alumnus Luke Stephenson’s photographs of the Clown Egg Register, Peter Lavery’s Circus Works: 1968-2018, and Griffiths’ previously mentioned #RetiredPerformers: The Interval. There’s even a sneak peek of the new Blackpool Museum Project (due to open 2020) in Come One, Come All!, a display of the Blackpool Tower Circus archives.

“The set of exhibitions that are on now reflect what I hope to do here with the team,” says Brien. “We need to make sure artists are allowed to use the Grundy in ways that they feel is right, and that the space doesn’t determine what we show, but that artists are making it their own.”

‘A Clown Walks Into A Gallery…’ and other current exhibitions continue at The Grundy Art Gallery, Blackpool until 8 September 2018.
www.grundyartgallery.com