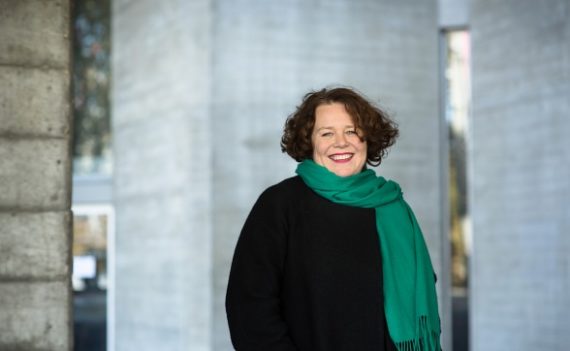 Sally Tallant, director of Liverpool Biennial, has been appointed executive director of Queens Museum in New York. She replaces Laura Raicovich who resigned in January citing disagreements with the museum’s board.

Tallant has led the Biennial since 2011 when she took over from Lewis Biggs. She has overseen four biennials during her tenure, the latest of which, titled ‘Beautiful world, where are you?’, closed on 28 October.

“We have been fortunate to benefit from all the brilliant work she has done for Liverpool and the Biennial over the last seven years. She will be hugely missed by all who work with her, as well as the wider Liverpool community who have benefitted from her dedication to bringing the work of world-class artists to every part of the city, and truly involving everybody in the experience of art, proving that art is accessible to all.”

Queens Museum’s board chairman Mark J. Coleman said of Tallant’s appointment: “Her unique combination of local and global experience in the arts world made her the superlative choice for leading the Queens Museum, and for serving the borough’s distinctively international constituency.”

Commenting on her move to Queens Museum, Tallant said in a statement: “Amid the difficulties and stress points we see in the world today, institutions like the Queens Museum are key in terms of creating cultural spaces for people to engage with the urgent issues of our time.”

Tallant joined Liverpool Biennial from the Serpentine Gallery where she was head of programmes for ten years. She is vice-president of the International Biennial Association and in 2018 she was awarded an OBE in the Queen’s Birthday Honours for services to the arts.

She is expected to take up her new role in spring 2019. Liverpool Biennial said it is “beginning the search for a suitable successor”.