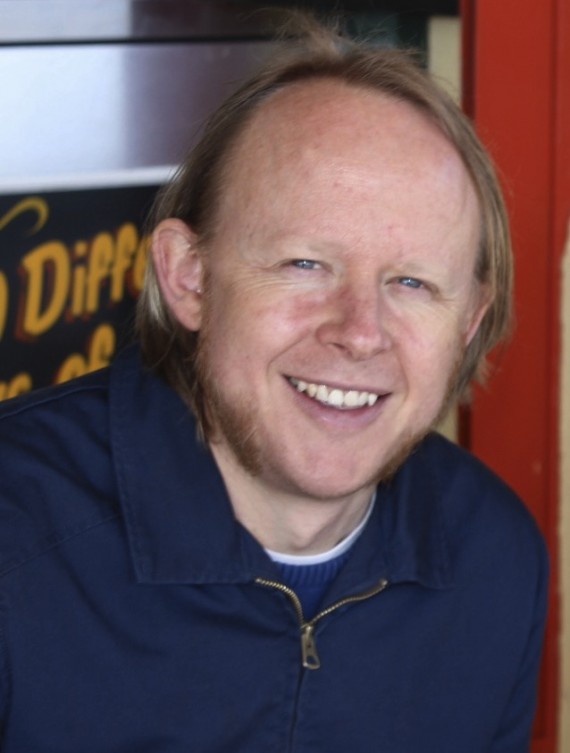 Cardiff-based artist S Mark Gubb is part of a new team of Paying Artists Regional Advocates. Located across the UK, they are tasked with ensuring more artists voices are heard in the a-n/Air Paying Artists campaign in the run up to the general election on 7 May.

Born and raised near Margate, Kent, Gubb works across a range of media incorporating sculpture, video, sound, installation and performance. Influenced by the social and political culture he grew up in, he has exhibited widely including at Turner Contemporary, Margate; Aspex Gallery, Portsmouth; Mostyn, Llandudno; and PS1 MoMA, New York. In December 2014, a new permanent public art work by Gubb, Alight, was unveiled in Cardiff city centre.

Why did you become involved in the Paying Artists campaign?
I’ve been an artist for around half of my life and have personally experienced the complete lack of parity that exists across institutions and commissioning bodies in terms of paying artists. That’s not to say there aren’t some excellent examples of good practice out there. However, I’ve been paid very well by some people, and not at all by others.

The financial insecurity that exists in this career is one of the key stresses on the personal and professional lives of most artists I know, even those whose level of success may suggest times shouldn’t be so hard anymore. That a huge section of this industry is propped up by the good will of the very people that should be at its core is fundamentally wrong.

The Regional Advocates will help shape the campaign on a local level. Why is this important?
Whilst the campaign can take a nationwide approach in addressing this important issue, the situation is nuanced in each region. By involving artists locally, the campaign can avoid trying to impose a one-size-fits-all approach to raising such an important issue. The message and intention is the same everywhere, but how this is achieved must be approached sympathetically and specifically to the situation in a particular region.

Are there any particular events or actions planned so far?
Our situation in Cardiff is slightly different to the advocates in the other cities. We are in the positive position of being a relatively small nation and this means we can realistically have a nationwide, as opposed to citywide, discussion comparatively easily.

This in itself creates a significant amount of work, but we felt it more relevant to the situation in Wales to take this broader approach. So, at this stage, we are still information gathering and speaking to the organisations we hope to engage in the activity and campaign.

Long term, what do you hope the campaign will achieve, both in Cardiff and nationally?
The situation of working for nothing, or only for in-kind, is undermining the profession. In the long-term we hope, quite simply, that it will see artists being paid fairly for the work they undertake. There is a lot of talk of how the introduction of university fees could lead to it only being the economically privileged who can afford to benefit from an art school education. The same argument can be made here in terms of who can actually afford to practice as an artist at all. Our profession continues to economically undermine itself by not paying the people at the very heart of it for the work they produce.

Why should artists be paid?
Whilst we live in democracy with a largely market-led economy, everyone should be paid fairly for the work they undertake, no exceptions.