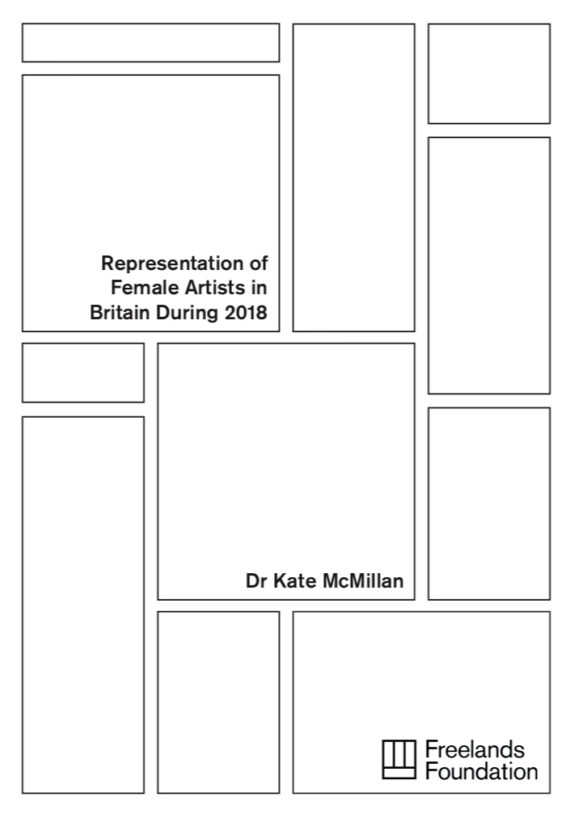 A new report by the Freelands Foundation has shown that there has been limited progress in the representation of women artists in public institutions, with career success in the visual arts still skewed towards men.

Representation of Female Artists in Britain During 2018 was produced by Dr Kate McMillan, a teaching fellow in culture, media, and creative industries at King’s College. She explored the representation of women artists in major public and commercial galleries, plus the number of women selected to create new work for UK biennials and triennials.

It is the fourth edition of the annual report, and includes five additional pieces of evidence designed to help further understand the role that gender plays in the career outcomes for artists. This includes reviews of the five main national newspapers, the gender of commercial and non-commercial gallery and museum directors in London and across the country, and public art commissions. 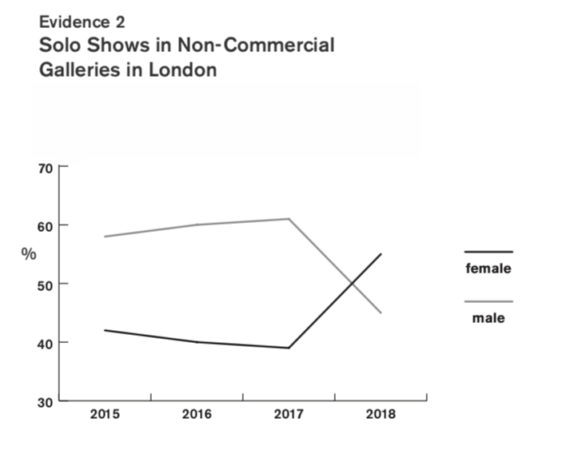 The report shows positive changes in public institutions, with 55% of solo shows in Department for Digital, Culture, Media and Sport (DCMS) or Arts Council England National Portfolio Organisations (ACE NPOs) in London being by women. This is a significant increase since 2017 when a mere 39% of solo shows were by women artists.

McMillan also considered how many female artists represented Britain at the Venice Biennale over the last 20 years compared to the last 10 years. When assessed over the longer period, only 36% were women, whereas over the last decade there has been an equal split.

Winners of the Turner Prize since 2009 have been predominantly women, at 66%, with the last three winners being female. Last year’s winner was Glasgow-based artist Charlotte Prodger, with Lubaina Himid winning in 2017 and Helen Martin in 2016.

In terms of museum and gallery directors in the not-for-profit sector, 53% identify as women, and outside London this figure is 55%. However, for those UK organisations receiving larger chunks of public funding, of more than £500,000, only 23% of the directors are women. In addition, organisations receiving more than £1m in funding are typically headed up by men, at 75%.

The report also shows that an increased number of female museum and gallery directors does not necessarily have a trickle down effect, particularly in the commercial sector. Despite 48% of the top London commercial gallery directors being women, only 32% of their artists are women.

In fact, 68% of artists represented at top London commercial galleries are men, and in the secondary market 88% of sales were by male artists. Only 3% of the highest grossing sales were by women artists, which has remained the same three years in a row. In addition, 8% of the artists represented by commercial galleries were deceased men, which is four times the number of deceased women.

McMillan comments: “In my own research, which compares data in 2016 and 2019 across 120 London commercial gallery directors, only 25 show 50% or more women artists, and some of the worst performing galleries are run by female directors. Statistics between that three-year period also shows a 1% decrease in female artists being represented despite an increase of more than 250 artists.”

In terms of education, the report shows that 66% of applications to postgraduate study in the creative arts and design sector were by women. Nevertheless, 63% of the most senior staff at art and design institutions were male, which is an almost inverse ratio to students.

The timing of the report coincides with an increasing focus in galleries and museums to address the gap in representation. Although there are increased opportunities for female artists, the slow pace of change mirrors what is happening in other sectors across the world. ‘The Global Gender Gap Report 2018’ by the World Economic Forum states that it will take 108 years to achieve gender parity at current rates of change. 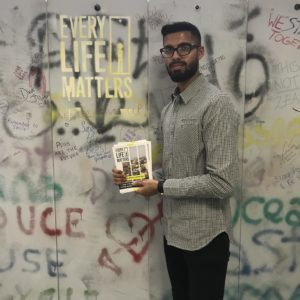