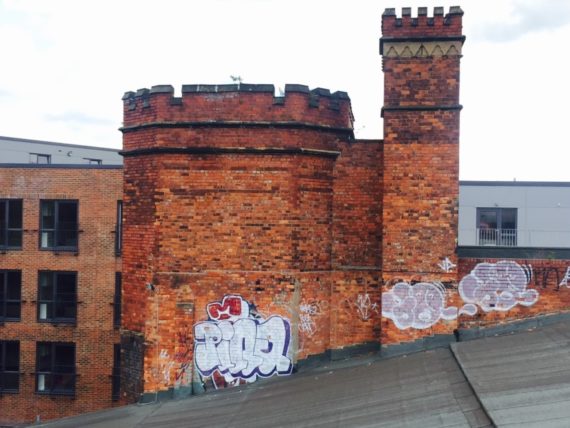 On 1 November 2016, Newcastle City Council granted planning permission for yet another block of student flats at the top end of the Ouseburn Valley. This permission will see the demolition of Uptin House, a heritage building of architectural worth and also a space that has been used for many years by various artists, musicians and community organisations. In other words, affordable space that has facilitated the arts and allowed creativity to flourish.

The net worth of this building to the community has been recognised by the council, and just hours before the planning permission was granted it was also listed as ‘an asset of community interest’ under the Localism Act 2011. More than 2,700 objectors signed a petition and in the region of 700 people wrote articulate and educated objections drawing upon local and national planning policies. Despite this, the planning committee voted eight against five in favour of granting permission, a decision which will directly displace 18 creatives.

Meanwhile, less than half a mile away, the central ‘creative block’ consisting of countless studio groups such as The Newbridge Project, Breeze Creatives and The Northern Charter, alongside artists’ book shops, micro theatres, project spaces, galleries, record shops, community groups and much more, are also directly threatened with displacement. Under the Newcastle City Deal the area has been made an ‘accelerated development zone’ and the first eviction and demolition notices have been served.

Sadly, there is nothing new about this. It is a well-told story of artists who fall in love with a place for its empty space and potential for dreaming, only to be be displaced once the developers move in. The artist Grayson Perry has talked about this pattern, characterising artists as the “shock troops of gentrification” as they take advantage of cheap housing and studios. He has also suggested that artists add so much value to an area that developers should pay them to live there – a highly logical, if unlikely, fantasy.

So if we know and understand full well what the patterns are, what can we do about it? Is accepting a permanent state of nomadic creativity our collective fate? Do we even want to fight to remain in the ever ‘deadening’ gentrified areas? Should we make more digital work or shrink our product as Giacometti did during his exile in the second world war, in order to work from home without requiring a studio?

Yet these buildings and areas offer more than simply space to work; they also act as hubs of mutual support, as platforms for sharing skills and information. Critically, they are places to showcase work; an interface with the wider community and with audiences. They are the base stones of small creative eco systems and communities and their importance permeates cities. After all, who wants to live in or visit a city which has eliminated all creative spaces and homogenised its high streets and neighbourhoods?

While the financial power, tenacity and aggression of most developers can be hard to withstand and very disempowering, there are a number of routes to explore that can help us fight harder to protect our affordable and creative spaces.

Firstly, we have to get much, much better at talking about the economic benefits of these spaces – a lot of the research that explains this is academic and does not translate well, particularly when talking to councils. Decisions made on a daily basis continue to wreak havoc with our cultural areas and clearly show that their economic value is not understood by local authorities or at a national level.

Local authorities may not have much money but they do still have plenty of power and there is no doubt that planning laws can be used more strongly to create protection when needed. Local development strategies could be more sensitively evolved to recognise the economic value of the arts as well as to attract development. A more sophisticated approach would be to recognise that the two run hand-in-hand; longer-term sustainability for new developments would be more likely to be achieved if we don’t annihilate the creatives along the way.

Unsold properties could be reallocated to the arts in return for ‘social rent’, for instance, with rent paid in social dividends such as arts workshops in schools and in the community, the organisation of free performances and other arts events to benefit one and all – even the creation of work that the city could own. It’s possible that this notion is almost as fantastical as Perry’s idea of paying artists to live in crap places in order to make them cool, but on many levels it’s pretty logical. And in tough times, some brave alternative thinking needs to be embraced. 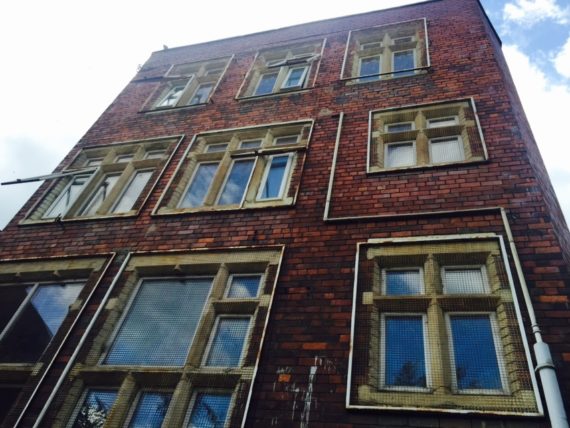 Local authorities could also be using Section 106 and developer levies much more wisely and with more sympathy towards the arts. Likewise, they need to recognise the importance of licensing many cultural venues, in respect of selling food and drink, to create sustainable projects.

Arguably, the only permanent way to achieve security is ownership and perhaps we should all be working towards this. Organisations such as Wasps, Acme, ACAVA and 36 Lime Street are all good examples of where owning the building has allowed studio groups to offer quality space and secure contracts for many years.

With capital funding harder and harder to gain this is not an easy task, but if we want to beat the developers we need to learn to think like them, too. We need to use our creativity and entrepreneurship to consider ownership: crowd funding, community shares and social enterprise loans are all key options for future development. And cultural buildings must be sustainable, established in a way that incorporates an element of social enterprise and raises income.

Finally, we should not take ‘no’ for an answer. Where rational fair arguments are not working and councils are breaking their own polices, we should become more directly active, utilising our creatively to campaign wisely and publicly.

In the case of Uptin House, the campaigners are not accepting the planning decision. They believe that the decisions made were technically wrong, unfair and actually unlawful, and that in the face of this, radical action is needed. They are crowd funding  to help them take the council to a judicial review, and they are planning to campaign against the developer and the council.

Enough is enough. If we continue to accept this trend, our cultural sectors will fall right off the edge of the city.

Kathryn Hodgkinson has been working as a public artist and studio group director for the last 16 years. Recently, her practise has become increasingly direct action and campaign-oriented with a fours on the potential to change culture in cities via planning and collaboration with local authorities. http://kathrynhodgkinson.com