I’ve called this blog ‘I draw’ because my art-work is centred on Drawing.

I am an artist from Margate. 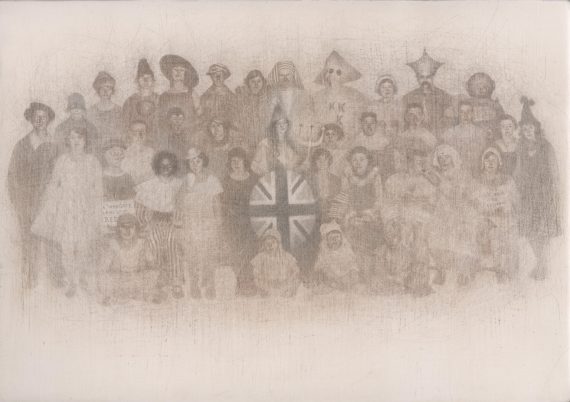 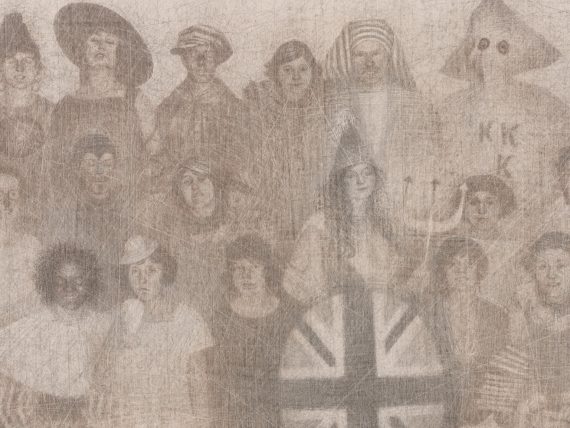 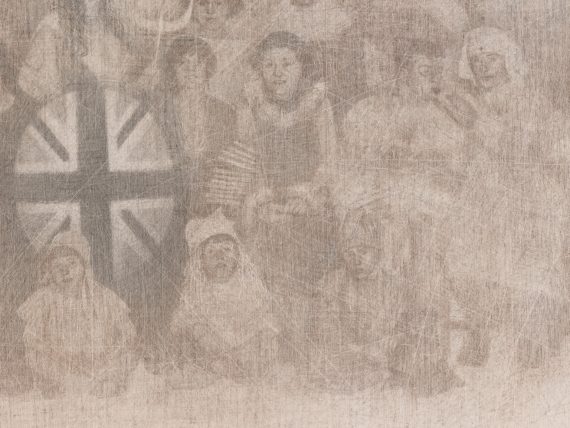 I’ve recently had a solo show as part of the ‘Margate NOW 2019’ art festival. My exhibtion was called ‘Displaced Portraits’ and consisted of thirty-three, mostly metalpoint, drawings.

I’ve always been a little unbelieving of artists who can easily say what their work is about. But for want of a better way of putting it, I think my work is about time, presence and about the careful and affectionate act of noticing things (this description will have to do for today). 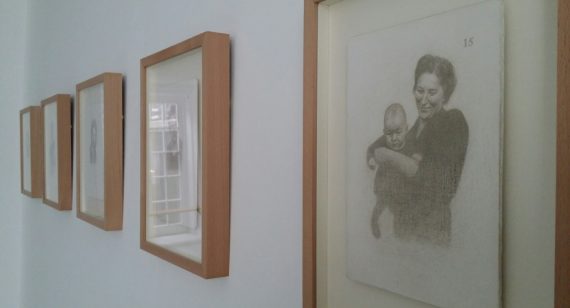 The fifteen ‘Displaced Portraits’, from which the exhibition derived its name, are of people seen in photographs, taken mostly in Germany in the 1930s and 1940s, which I’ve found at various times in the same Margate junk shop. These people are all unknown to me. Their photographs capture tiny moments in their lives; my drawings are a kind of meditation on those displaced traces of lives lived in central Europe during that particular time in our shared European history. I wonder how the trajectories of our lives have intersected. I wonder what it is I am really drawing here. 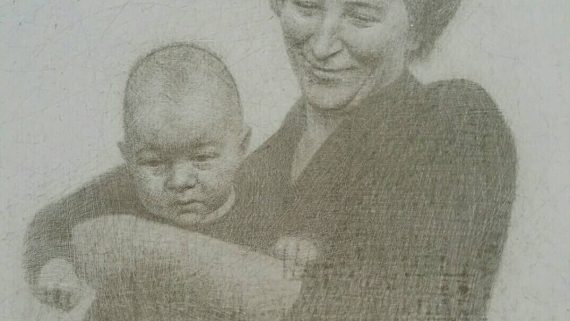 The Margate NOW 2019 art festival continues to run alongside the Turner Contemporary’s showing of the 2019 Turner Prize until January 2020. 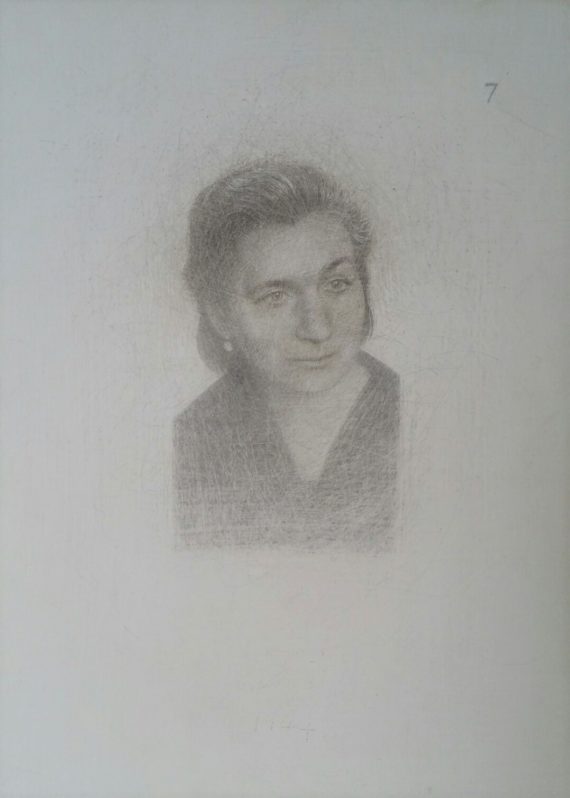 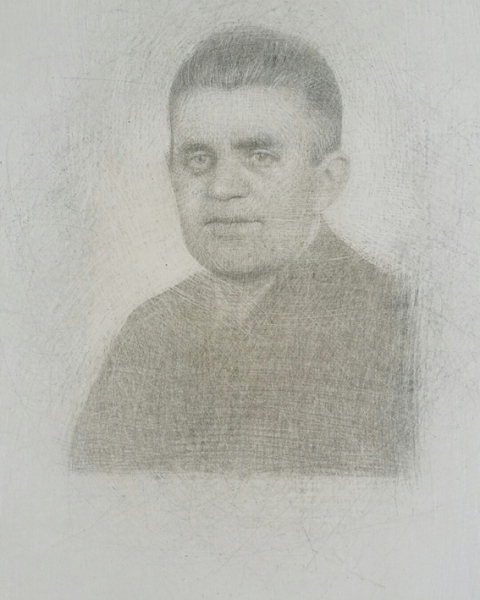 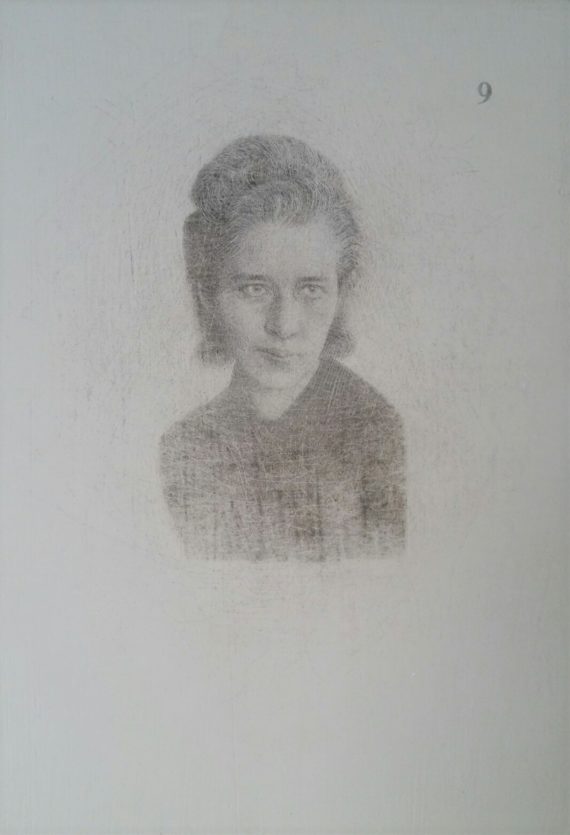 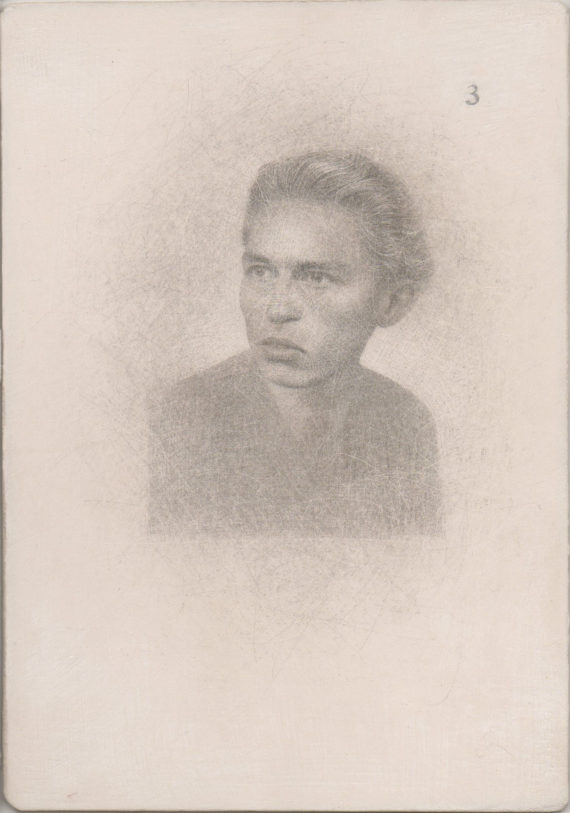 There is still time to see the Trinity Buoy Wharf Drawing Prize at its present venue at the Royal Drawing School in Shoreditch, London, before it ends on the 21st February. The exhibition will then move on to Drawing Projects in Trowbridge near Salisbury.

This is my piece in the exhibition: ‘Displaced Portrait no:3 (young woman in carefully repaired image)’. It’s one of an ongoing series of silverpoint drawings called ‘Displaced Portraits’ which are based on people seen in photographs taken mostly in Germany in the 1930s and 1940s and which I have found, at various times, in the same junk shop in Margate.

See my previous posts or go to my wordpress blog for more information about this work. 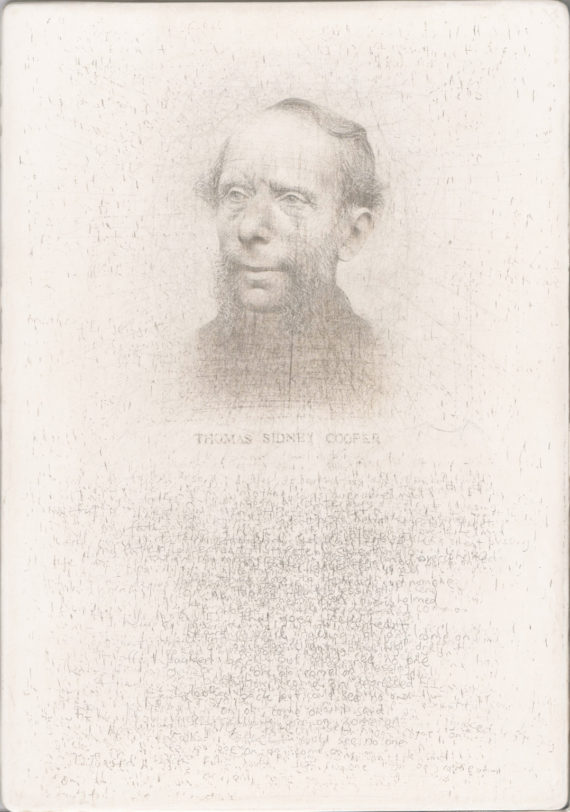 This small silverpoint drawing and it has taken forever to do and it’s the third of three attempts. It’s been such a troubled-over and time-consuming piece. Work on it has now ceased and the next time I’ll see it it’ll be framed and on display as part an installation of Sound Artist Emily Peasgood’s solo show in January. Once the exhibition is over it will become part of the university’s permanent collection of artworks.

The artwork contains an image of the man and hand-written text. I’ve used a mix of different images as reference but my drawing most closely resembles a photographic image from about the time the Sidney Cooper Gallery was built.

The story goes that Cooper was born in the house which is now part of the gallery and that he had a poor childhood but he became a rich and successful artist and he bought his mum’s old house, and the land around it, and had the art college and gallery built. The building was eventually given to the town to be used for art education and thus we have the present-day art gallery and studios. My portrait of him will be hung in what was his mum’s front room. I hope he would have been able see something of himself in my drawing.

The drawing contains hand-written text. The lines are transcriptions from the first chapter of Cooper’s autobiography and they recall the poverty of his childhood years, various anecdotes which hint at the broader social and historical context of his time, and his repeated references to his sense of an absence of a father he never knew and who deserted the family when he was too young to have formed visual memories of him. He writes that his mum was ‘overwhelmed’ by the effort to care for her family. He also recalls his habit of walking in the countryside, alone, and how he would often feel a sense of ‘depression’ in the presence of natural beauty. On one occasion he thought he heard a voice calling “On, on; come on.”. This moment was to stay in his mind and seems to have become a kind of personal motto for him throughout the rest of his life.

I love that this man gave this building to the town for it to be used for the purposes of art education. I love that the gallery and studios he has, in effect, preserved his childhood home. If it’s possible for a building to have a personality I would say that this building is affectionate. The Classical-style entrance seems to cuddle up to the contrasting domestic architecture of his former home which now houses the front room gallery and two small offices.

All of the drawings and all of the artworks and exhibitions and chance meetings which have ever taken place there are down to the fact that this man took the trouble to have this place built. I think I like Thomas Sidney Cooper. I hope he would have liked my drawing.

The private view of Emily Peasgood’s solo show, ‘Living Sound’, will take place on Saturday 12th January between 2pm and 5pm. Come along to it if you can!