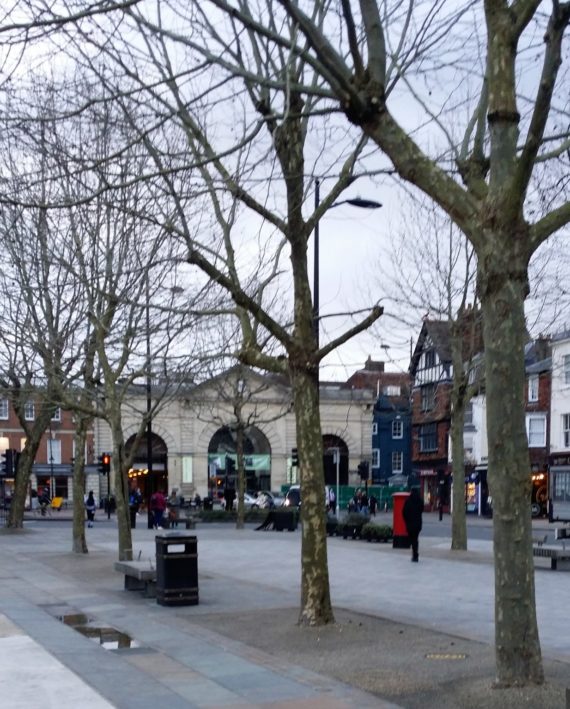 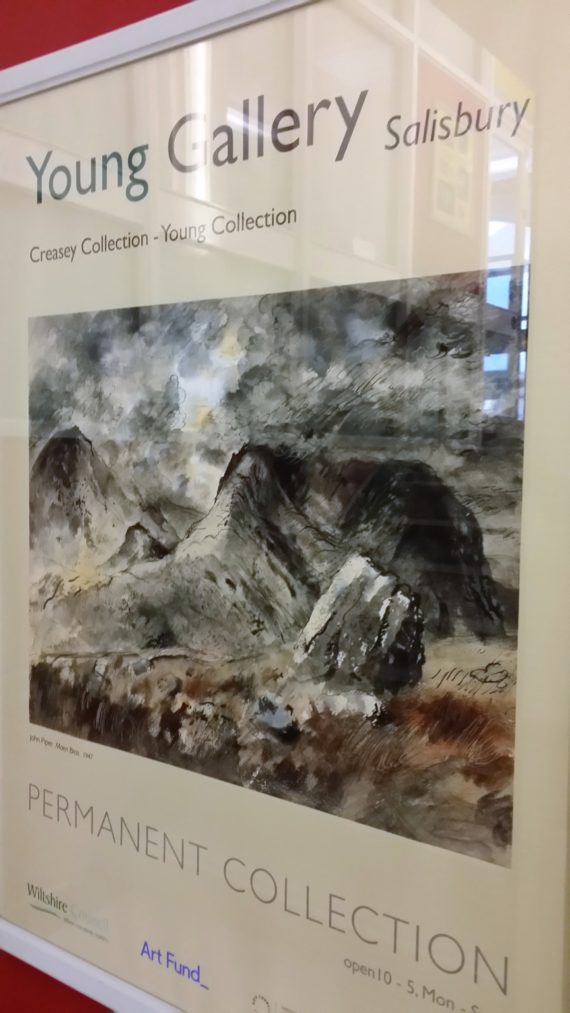 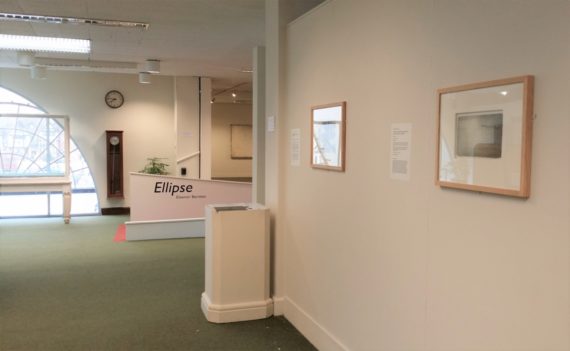 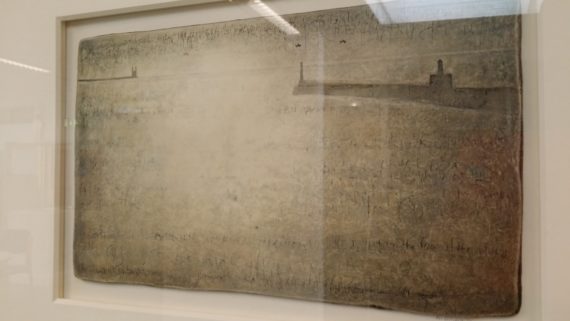 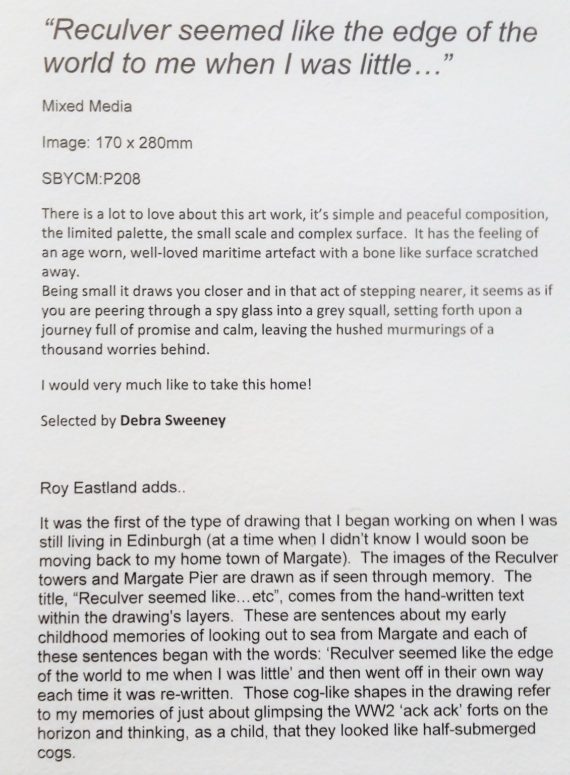 I recently took the four-hour train journey from Margate to Salisbury to see an old drawing of mine which is on show at The Young Gallery. I’ll be showing more of my work there later this year but for now I have a drawing on show as part of the ‘Members’ Choice’ exhibition.

The Members’ Choice show is an exhibition of works selected by gallery members and drawn from the permanent collections (I was especially pleased to come across an early Cecil Collins drawing in the show). When I was there last week, there were two excellent solo shows by Anita Taylor and Eleanor Bartlett (I had just missed the Kathe Kollwitz exhibition by about a week). There are four gallery spaces within The Young Gallery as a whole and I urge you to go and have a look if you find yourself in the area.

My piece is called “Reculver seemed like the edge of the world to me when was little…” and it’s from around 2001-2002. It was the first of what developed into a series of works using hand-written text and images and repeated re-working and layering as a way to make drawings which were kind-of-like views of Margate as if seen from the sea (I have some images of a few of these works over on my WordPress blog and you can find them by clicking on the ‘Sea’ category on the side of the home page).

This drawing was shown in my solo show at the droit house during the 2002 Margate Rocks, Contemporary Arts Festival and the title of the drawing was also the title of my show. The droit house venue was the exhibition space for what would become Turner Contemporary and later it was shown at Archeus Fine Art Ltd in London. Now it is in The Creasey Collection at The Young Gallery.

In terms of its medium, the drawing is made from layers of emulsion and varnish which was scratched into and paint-stripped and re-drawn time and time again. The hand-written text both flattens and conjures a sense of spacial depth. Each re-drawing of the lines of words begin with: “Reculver seemed like the edge of the world to me when I was little. You couldn’t always see it but you know it was always there…”. Each time it was re-written/re-drawn the text would change and what eventually remains are glimpses of sentences and stories.

This work developed out of ideas I was working on when I was still living in Edinburgh and at a time when I didn’t know that I would soon be moving back to my home town of Margate. Reculver is the site of an early ‘Saxon’ church built within a Roman fort and it’s remaining 12th century twin towers are a local landmark along the coast. It is usually the furthest thing you can see from Margate when you look towards the west. It’s also a landmark seen from the train when returning from somewhere along the Ramsgate to Victoria line.

I think The Young Gallery deserves to be better known than it is at present and I will be showing work there in June, July and August this year. Go and have a look and like their facebook page and follow them on Twitter and all that!