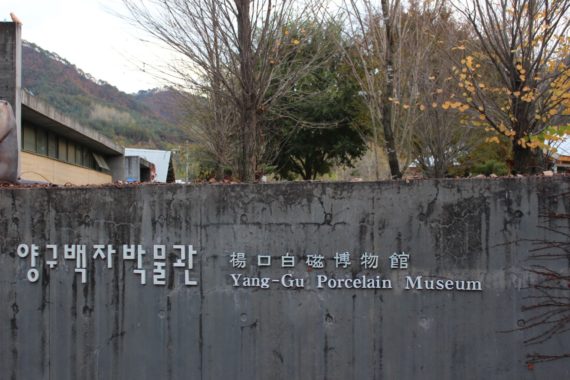 This was one of the bigger trips out of Seoul. Yanggu is a province but also a town situated in the north west of South Korea, quite close to the border with North Korea. 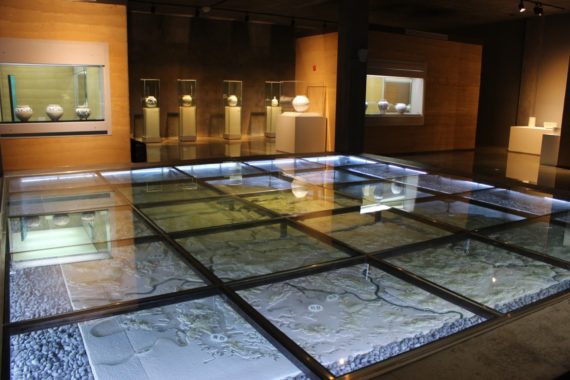 Before coming to Korea several people had asked if I was going to North or South, which I took with humour, until I realized that tourist trips to North Korea are becoming more common and on the other hand some are very curious about what it is like in the North and expressed a fervent desire to go! Not for me! I’m happy to limit my experiences to firmly south of the border! Besides I have no time for tourism! Although I concede it would be interesting to know what it’s like. The rumours are probably true, that tours in North Korea are completely stage-managed and they only let you see what they want you to see.

Anyway, I digress from the focus: ceramics!

Yanggu is one of the famous sites for pottery production throughout the Joseon dynasty, which lasted for five hundred years right up until the early 20th Century. This is because kaolin and clay deposits are plentiful all over the area. As soon as we arrived I was standing on a heap of white rocks – the raw materials for making ceramics right under my feet!

I had been looking forward to this trip ever since meeting the three artists who are in residence there at the opening I went to on my first day in Seoul. It was Deokho Kim’s solo show at LVS Project Space, who lives at Yanggu Porcelain Museum with Inhwa Lee, his wife, and Min Soo Kim, all graduates from Seoul University, all working in white porcelain with their own unique style. Min Soo is participating in Made in Korea. I first saw his work at Collect (Saatchi Gallery) in 2015, along with Inhwa Lee’s and Jae Jun Lee’s (the latter whom is also participating). 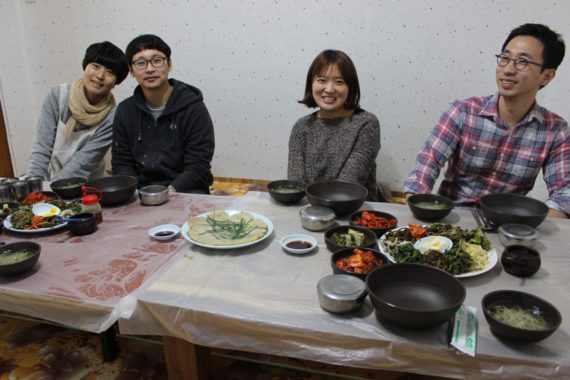 First, we went for a typical Korean lunch in an idyllic setting surrounded by rolling landscape and mountains all covered with autumnal-tinged trees. Beautiful, as was lunch, generously treated by Min Soo, with true Korean hospitality. Then to the museum.

It is a fairly big complex, with several buildings – the museum itself, which celebrates Yanggu porcelain, a big education centre, and the AIR studio. What a place. I would not mind working there at all! It’s a massive, airy space, the height of a warehouse, but feels cosy and comfortable despite its size, aided by good light. The artists have big spaces to work in and, as usual, excellent facilities all provided by the museum. There is a wood-firing kiln – a traditional climbing Korean kiln – that gets fired at least twice a year. The setting is stunning, right on a broad river with a footbridge that leads across to the wood kiln and ideal for swimming in the summer. I guess the only drawback is that the town is tiny and there is nothing to do except work! But the artists love it there. They are all successful makers, busy producing for exhibitions, all very accomplished. This residency is designed for graduates from Seoul University working in white porcelain, I believe, and everything is provided by the museum (I think!). So it is a great place to be an AIR. 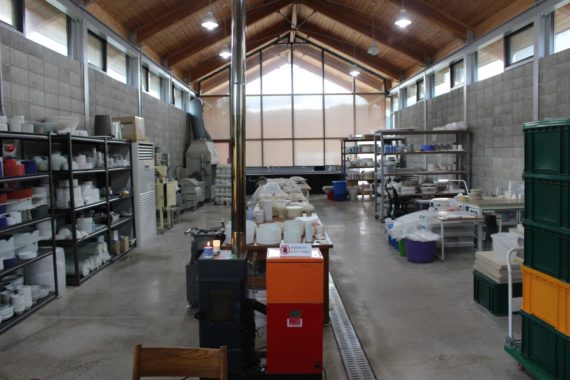 The curator of the museum gave me a tour of the complex and we talked at length about the new residency centre that they are constructing. 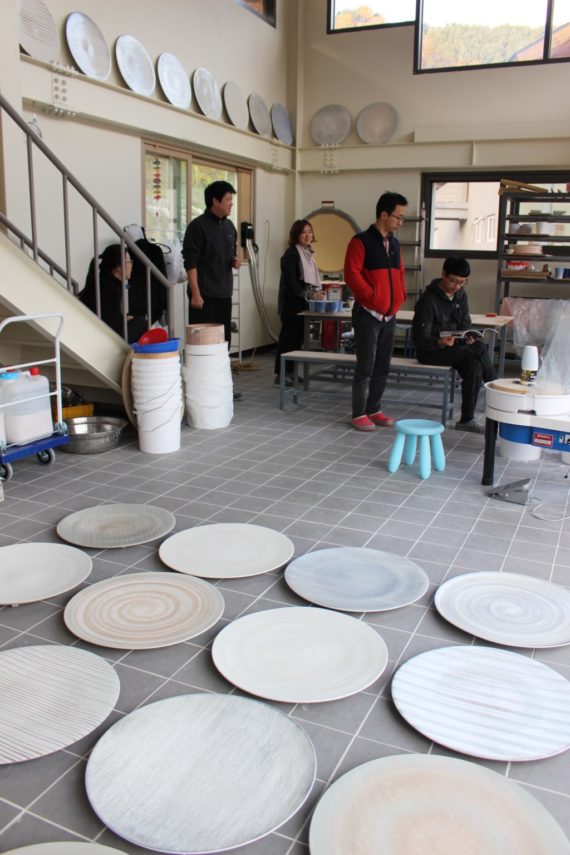 We went to visit a couple, both ceramists, who have taken up residence in a brand-new work/live unit in the new site across town. I saw the installation that one of them is sending to the Gyenog-gi Biennial and then we all went round the new building. It used to be a barracks and is being converted into a residence for artists. There is also a new workshop, which looks a bit forlorn right now because it is under construction.

While talking with the curator and the AIRs, the idea of me doing a residency here was discussed, either with a solo show in the museum, or to create a piece of public art. When I mentioned my background as a public artist the curator became interested and I’m not surprised why! There are some fairly shocking examples of public art sprinkled around the site (condemned by all present!) So that is food for thought. The residency programme is not official yet, but he offered me to come whenever I want, with free accommodation, studio and firings I believe, which would be excellent, especially with an outcome such as a solo show or permanent piece in situ.

Originally my intention has been to come back to Korea to make my piece for Made in Korea, but then I veered away from the idea, thinking it would be too much to fit in before May. But I could come back later in the year and develop the new work to show at one of the other possibilities that has been discussed in Seoul in the autumn/winter… so let’s see what transpires.

We all went out for dinner, again incredibly generous Korean hospitality, together with the couple I met today. So that was two fabulous Korean feasts in one day! Delicious. 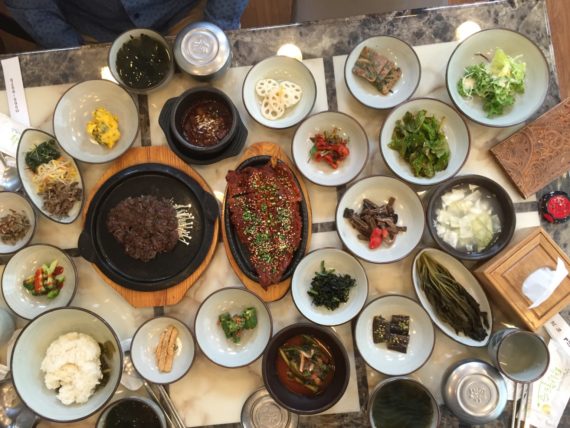