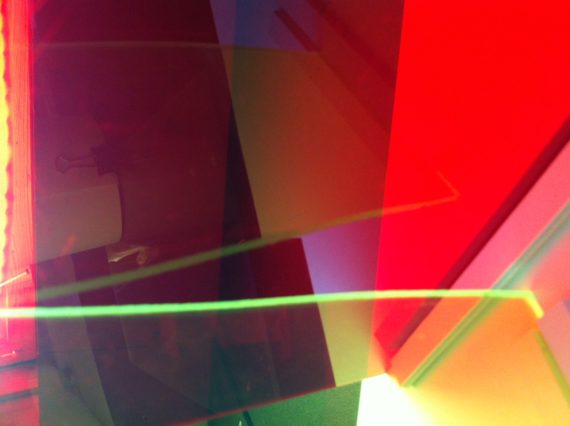 This week contains two studio visits to discuss Postures of Making. The first was yesterday with Dominique Rey and Polly Cruse.

This studio visit was a self imposed event; a deadline that acts as a motivation, a prompt to draw work together, finish off maquettes, clear the decks of the studio and present work in progress. It is in some ways nerve racking but also exhilarating.

Dominique, Polly and I have all known each other and worked together since we were selected to be mentees on the Commissions East Mentoring Scheme back in 2006. We instigated Satellite, an artist led group, undertaking projects and studio visits over the years; developing a trust and shorthand communication style which is supportive and productive.

I started the visit by showing work from the digital sketchbook with some elucidation. There were times when we stopped on a particular entry and the conversation expanded. During this process the enormity of project potential became apparent. There are so many possible lines of enquiry it was suggested I start to create a hierarchy of questions or areas to investigate. The digital sketchbook is working well for recording process and progress, but actually what I need is a much bigger working area to create a mind map or diagram of all the possibilities of the project to then start to select and edit together a list. This thinking through doing on a large scale works well for me; and I hope in undertaking this task the major research strands will be identified and in some way help Val and I decide: What are we trying to find out?

We also spoke of kinetic ideas, referencing the research but also in response to my articulation of the possible desired project outcomes. Polly mentioned Zoetropes (origin from the greek life and turning) in response to some forms I have been creating, and Dominique picked up on Choreography (origin from the greek dancing in unison) when I talked about some further documentation I would like to undertake. We talked of time management, psychological wellbeing, logs of my work activities, opposites and containment, context and outcomes. It was a stimulating and worthwhile visit. Predictably no answers have come to the fore, partly because the all-important mind map is yet to be created, but also because it takes time for conversations to sink in and integrate with existing ideas and ambitions. What ends up demanding my attention is currently unknown but I don’t think it will take long to come to the fore.

My thanks to Dominique and Polly for their time.

The School of Life is dedicated to exploring life’s big questions: How can we fulfil our potential? Can work be inspiring? Why does community matter? Can relationships last a lifetime? Using ideas from the fields of philosophy, literature, psychology and the visual arts The School of Life supports the search for alternatives to our current thinking (1).

I can’t even remember when I bought How to Find Meaningful Work by Roman Krznaric but there it has been, sitting on my bookshelf, waiting. I’ve only just started reading it, actually I keep dipping into it for short snatches. The quote at the beginning of the book is thought provoking to say the least:

“The thought once occurred to me that if one wanted to crush and destroy a man entirely, to mete him out to him the most terrible punishment, one at which the most fearsome murder would tremble, shrinking from it in advance, all one would have to do would be to make him do work that was completely and utterly devoid of usefulness or meaning”.

The quote comes from c.1880, close to the end of Dostoyevsky’s life, at a time when the poor worked in atrocious conditions, wages were less than subsistence and ill treatment was common. Its continued importance provokes us to consider if usefulness and meaning are central tenets of a good job.

Dostoyevsky is asking us to consider meaning in relation to work, but surely at its core everything has meaning.  Humans are after all considered to be meaning makers: even if that meaning is very difficult to detect or it is located in the most dire of circumstances, there is no escaping it and from it narratives, ideas and possibilities can be developed should there be a desire and a capacity to do so. I can’t think of a work role that it is utterly devoid of usefulness (why else would someone be paying for it to be done?) but in some work roles this may be very limited, or the place in which the usefulness lies may not be in line with individual values.

Within a work context a lack of significant meaning and usefulness can be very problematic for wellbeing and we may ask; what part are we playing in society? Who benefits from our efforts? What is the point in my doing this? After conversations with Val I am wondering if limited meaning and usefulness within a job can also be positive. Going to work and undertaking tasks which are directed and undemanding can result in reduced levels of responsibility or decision making. This can facilitate a greater ability to switch off when leaving work and an increased sense of ‘free time’ which ultimately may be more rewarding. The crux of the matter is the ability to accurately and periodically evaluate the balance between exchange of time and effort (labour) for reward which is usually pay, but importantly includes other benefits such as opportunities to enjoy leisure time or engage in other work activities which may be paid or unpaid.

In Stephen Pheasant’s book Ergonomics, Work and Health, he also identifies the psychological impact of work and links it to meaning:

“Good pay, a safe and comfortable working environment and good human relations in the workplace do not in themselves lead to a positive feeling of satisfaction with the quality of working life – although their absence if likely to be a source of dissatisfaction. They may be necessary but they are not sufficient. …. Human beings are not solely motivated by the stick and the carrot – given the opportunity, they will seek out situations which are conducive to personal growth. For work to be psychologically rewarding, it must be seen to have meaning” (3).

In his book Pheasant quotes Ekland’s 1988 checklist: Characteristics of a good job. Interestingly the word ‘meaning’ doesn’t feature. I have selected a number of points from a longer list:

For self employed artists and creatives lack of variation is not usually an issue, what can become problematic is too many different tasks for too much of the time. These tasks are not necessarily associated with the production of the artwork, but with running the business: making applications, preparing presentations, managing a portfolio career, money and finances, solitary working and so on. In some senses the development of the actual artwork is the least of the artist’s concerns.

A strong sense of ownership over production processes, freedom to move around physically, take breaks or to switch tasks is something that has been evidenced in the research we are undertaking. Having control over the pace of work will at times be dictated by deadlines or unforeseen problems which need to be addressed. These occasions can necessitate all night working sessions, but because of the psychological connection to the task (a sense of pride and ownership) there is a payoff for completing the it; which may be experienced as a euphoric feeling. The Makers Focus Group we spoke to in May talked about organising tasks for the day or week ahead, both in their own work and when working for others, and this having a positive impact on their working lives. Through developing new work, trying new production methods and taking on new commissions, practitioners are challenged and stretched which contributes to the continual development of skills.

Above and beyond everything else the Freedom of Action could be a primary feature or aspiration of any artist’s work, even when those freedoms are hard won or unstable. Creating new knowledge through unexpected combinations of questions, materials and processes can in itself be a meaningful undertaking, leaving the artist to consider how useful their endeavours may be. 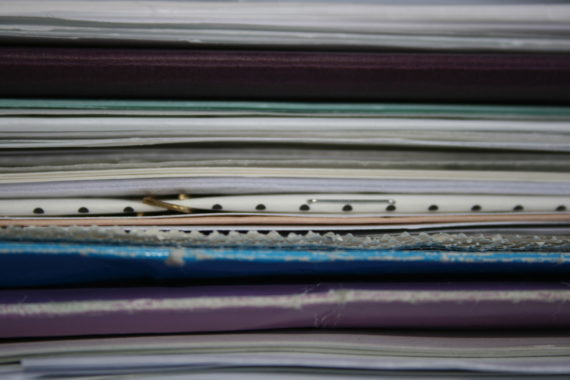 Val came up to the studio yesterday and we spent some time reacquainting ourselves with the project after the summer break. I have used the last couple of months to work up ideas based on visuals from the case study and the two focus groups. I have been keeping a digital sketchbook, allowing me to document visual work and research sources in one place. Having long abandoned a physical sketchbook the digital book is really useful place to collate work: as a document it acts as a record and activities and offers a reassuring sense of progression. With many of my ideas being developed initially through hand drawing which is then scanned and manipulated digitally, it also negates costly printing. Sharing the digital sketchbook with Val and Gill Hedley, the project curator, allowed me to get some initial feedback, essential to prevent the danger of developing work in isolation.

In our discussions Val and I kept darting around a whole range of topics and ideas. To do lists developed, conversations meandered and then the question came: what do we want to find out? And this is where I find myself, sitting with that question; the consideration of which will help to drive the direction of the work, keeping it on track and focused. I now have quite an extensive to do list and it’s a matter of carving out some clear space to address it and with it the pile of research materials I have been collecting since the project started.