Continuing with the cutouts I have started to work on a theme detour. I have been working with other artists from my Masters degree course and some others as well, as part of a PostMA group supported by Firstsite.

We have started working around a very broad theme: Secret, which I interpreted more in terms of concealment or along the lines of secretive and unobtrusive or indescernable. So I am still following the ideas of diverting or avoiding closure to some extent, but more ideas are opening up, and I am again returning to drawing and painting.

The image here follows the idea of concealment using white on white, or rather the other way around, perhaps, as the white of the photograph remains after all other colour is pealed away, also leaving white. The image is still discernable and yet avoids closure to a great extent. Very minimal it is going at the moment, though the painting is going the other way. 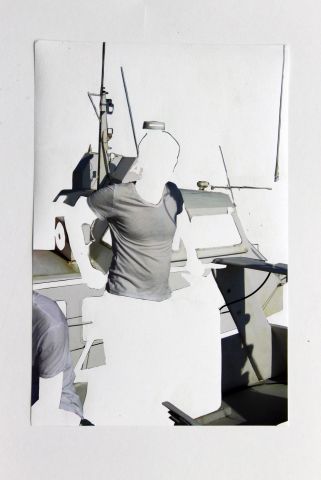