I’m back in the studio this week after two months of domestic distractions, travel and other work, so going back to my August blog is a great way to re-ground myself and pick up the threads from where I was […]

This week I’ve been leaving a bit of time to reflect on the experiments with materials I started last week and have re-focused on drawing while I let things develop. One of my aims for this year is to move […]

3.30pm One of the things that I made a considered decision about during the Once In A Universe project was that I would embrace the use of the materials of the Anthropocene – silicone, plastics and batteries being the main […]

Even after all these years I still feel that every time I make a piece of work or undertake another project, I learn something new… about myself, about my practice, about the way I make my work. Now at the […]

Glancing back at my “Day 1” blog post, it was strange to see the beginnings of my plan for the Once In A Universe residency and compare it with this much more developed section of the plan which eventually acted as a […] 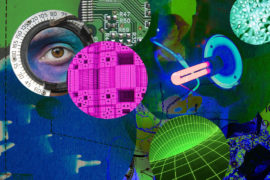 In February it was great to work with artist Claire Shoosmith to run our first workshops for the Once In A Universe project (aka OIAU in shorthand!) at Eastbourne Studio Pottery, part of the Devonshire Collective in Eastbourne. I wanted to plan […]

Well here we are. More than two months into the new year and nearly six weeks since my project launched. It’s been busy and varied – always a good thing, and now I’ve reached a natural pause where I can […]