In February it was great to work with artist Claire Shoosmith to run our first workshops for the Once In A Universe project (aka OIAU in shorthand!) at Eastbourne Studio Pottery, part of the Devonshire Collective in Eastbourne. I wanted to plan events which would create opportunities for people to join in practical art-making activities informed by the themes of the project, where I could work alongside them and chat while we work, creating a space for interesting conversations and things to happen that might influence the way my own work will develop.

We decided to theme the workshop around geological processes and think about geological time. John Cooper introduced these ideas for us in the opening talk in January, talking about the speed of geological processes over billions of years, compared to the current speed of change described by Hans Ulrich Obrist as “extreme present” – a time in which it feels impossible to maintain pace with the present, never mind to chart the future.* 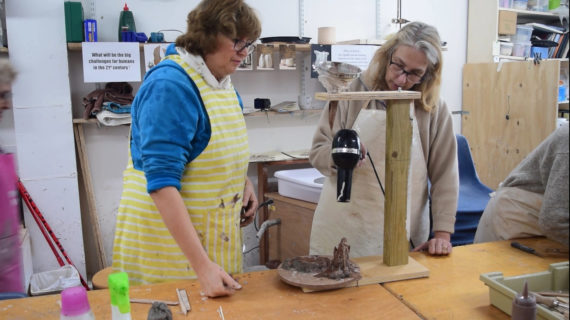 Claire had devised a simple apparatus which would hold various receptacles (rubber gloves, squeezy bottles, piping bags…) filled with clay slip. We experimented with dripping the slip at various speeds to try to replicate the processes through which stalactites and stalagmites are formed. It turned out to be messier than expected but people soon got the idea that they needed to build little clay and cardboard structures to collect the drips and stop the slip from spreading too far.

In the next workshop we experimented with layering and folding black and white clay, using what Claire described as the puff pastry technique, to make stratified objects, then all the work went off for a first firing. Now the work has been glazed and we meet again next month for a final showing and handling of the work and to carry on the conversations which were beginning to flow. 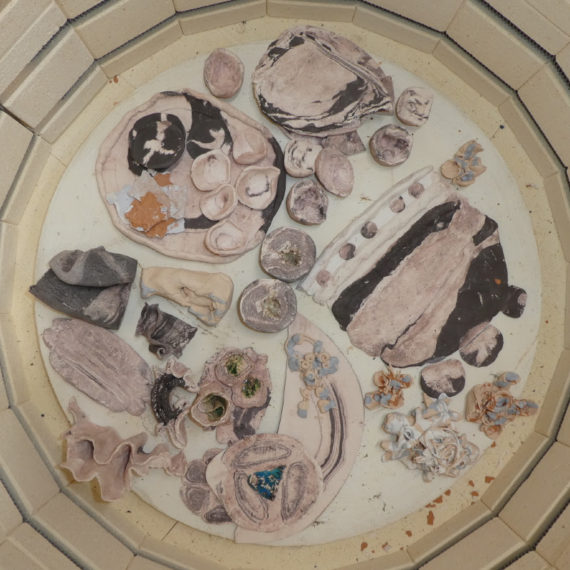 Back in the studio I began to experiment in a small way with a mouldable silicone material I’m exploring at the moment. 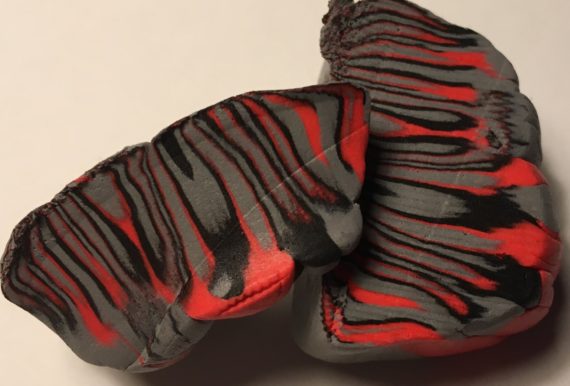 I also enjoyed the process of sanding some of the layered objects to remove the surface staining left by the black clay and expose the true layers underneath, though the stars of the show for me were the remnants of worn out sandpaper. 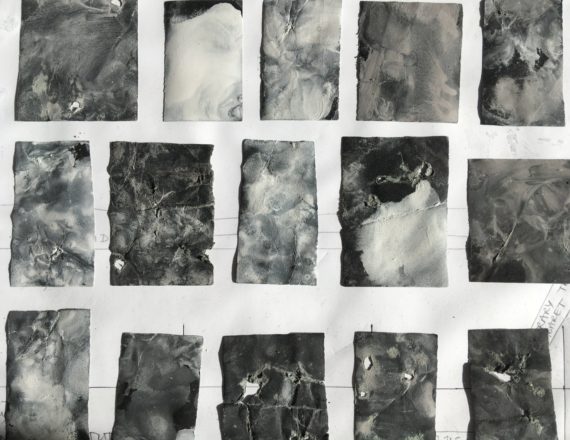 COMING NEXT: Fotofonty and the Blueprints (sounds like a good name for a band!)