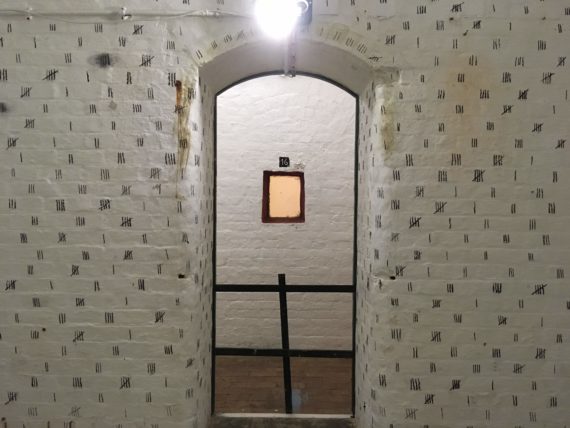 It was great to finally get the boulders installed at Holding The Fort*, but even though I had prepared myself that the work which had seemed so big in my studio would appear much smaller in its new context, it was slightly disappointing to see that happen in reality. However, never one to turn down a challenge, I’m ready to start to think about how to up the scale again in the autumn when current projects end. 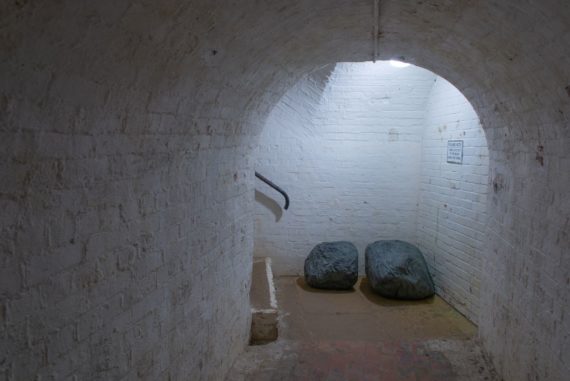 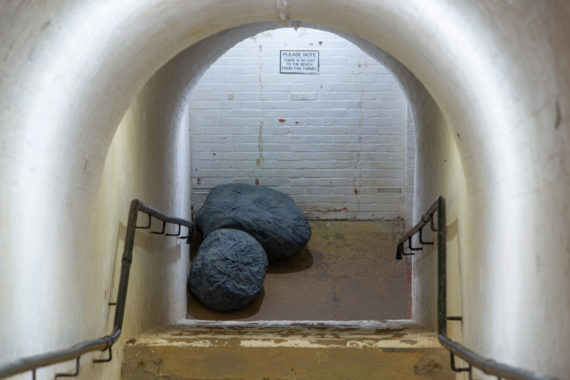 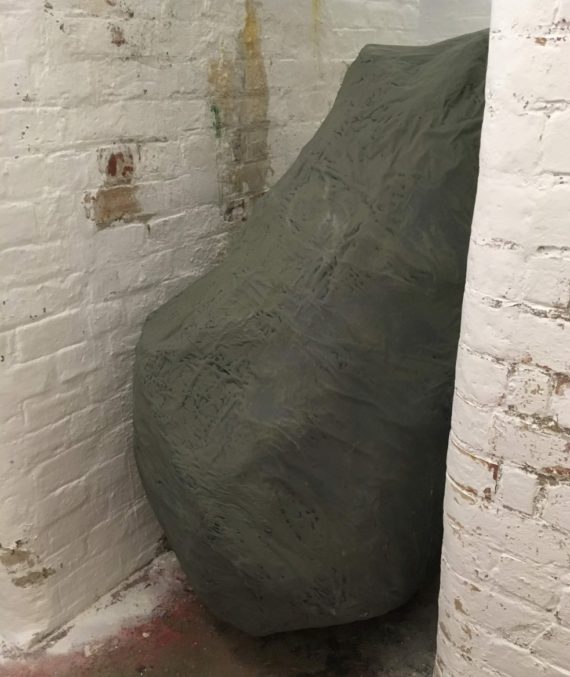 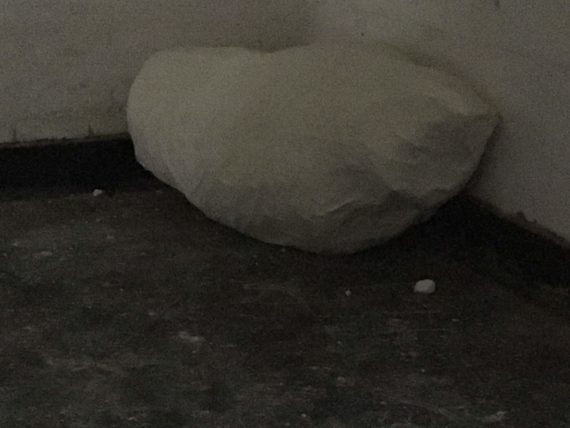 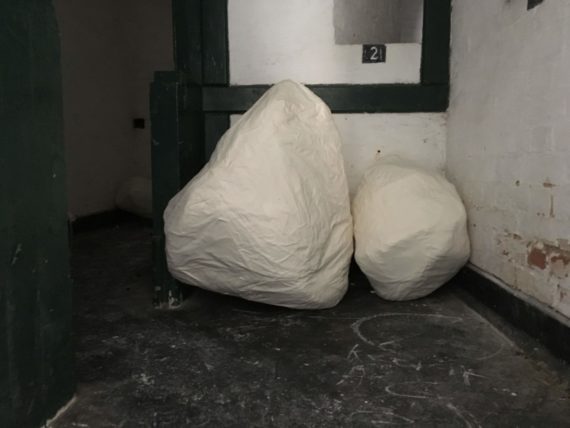 A highlight of Holding The Fort for me though has been the opportunity to make another piece of new work in situ – a site-specific drawing which took place over two days. The idea arose from the fact that Newhaven Fort is made from approximately six million bricks. I find it hard to imagine what six million bricks look like, so I decided to try to count the bricks in one room in the Eastern Magazine. Although I haven’t managed to add up the final tally yet the work has taken on a life of its own in the cell-like space and the smudgy markings on the bricks are reminders of the passing of time. 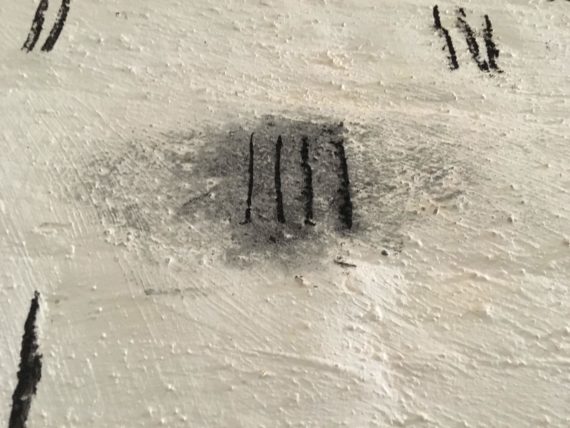 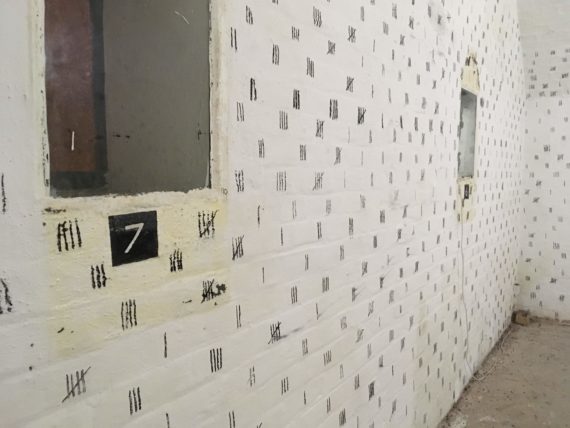 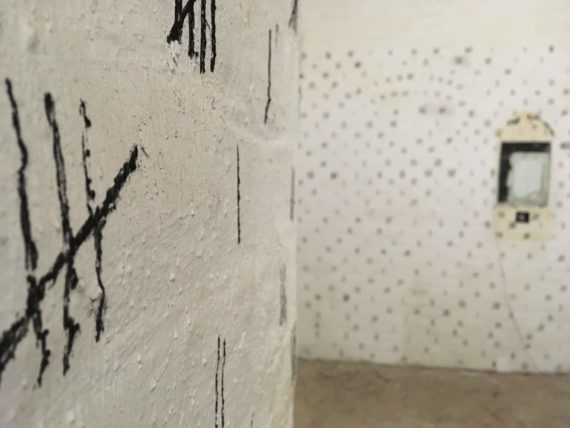 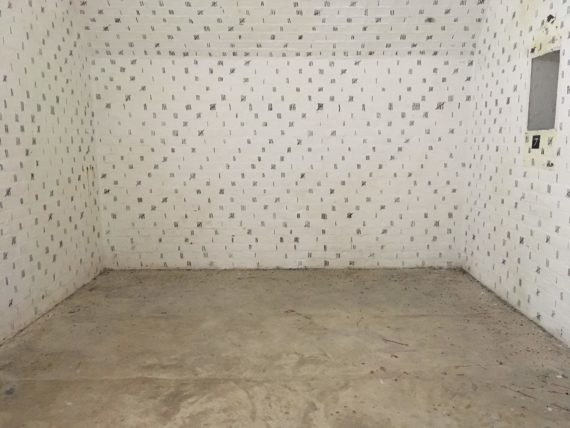 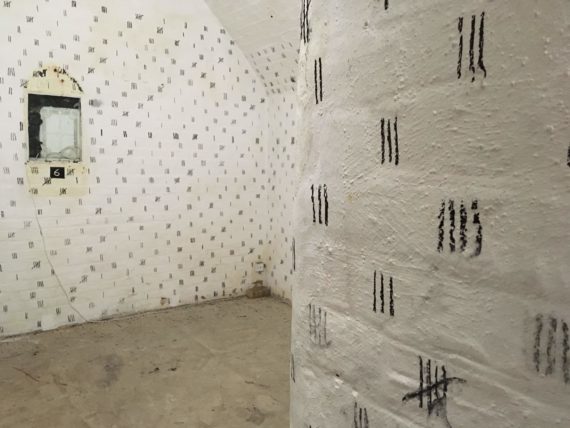 One of the things I love about my job is the sheer variety of it all, and this couldn’t have been better demonstrated than over the past few weeks when I traveled seamlessly from the dirty, messy and physically challenging work of this drawing and the boulder-making, to the necessarily clean-hands/clean-worktops environment needed for framing. It was exciting to frame nearly twenty new drawings ready for the next thing – an Open House ** which is part of Artwave Festival in East Sussex which opened today. And next week will be different again as I will be spending six days in the Open Studios which are part of Towner Gallery’s Art School programme. Watch this space!

*Holding The Fort is at Newhaven Fort until 26 August