I was just re-reading my blog entry and looking at those images which I’ve been thinking about printing. I suddenly realised what has been the subliminal influence underpinning the way I want to make those images look. Here again is one of my images… 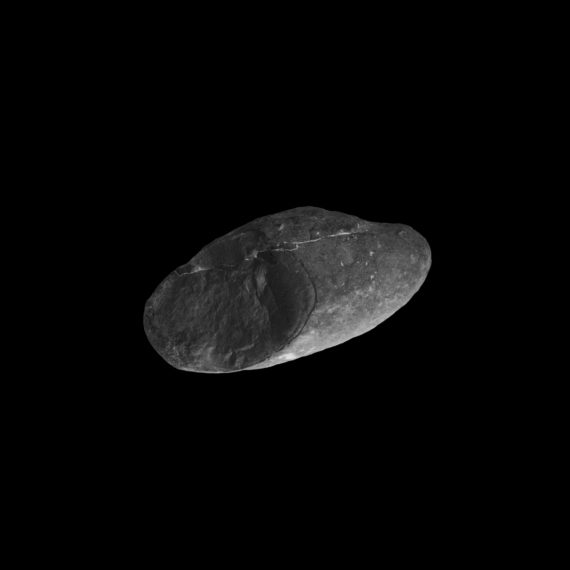 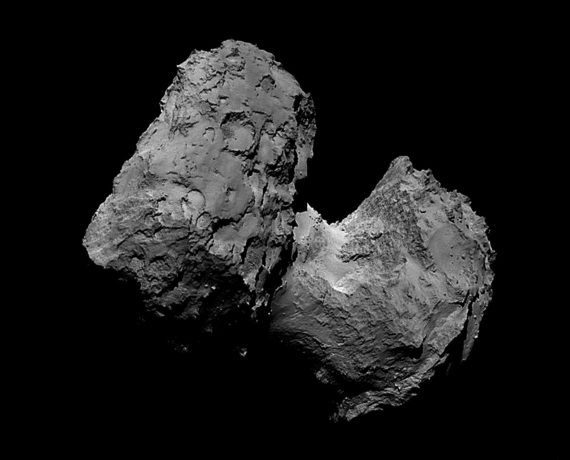 This sketchbook image is a photograph from the Rosetta Space mission of Comet 67P. It is also stored on my computer in a folder called “Modern Miracles” and represents the miracle which was the landing of the Philae lander on Comet 67P as part of the historic Rosetta mission in 2015. These miraculous events involved the Rosetta spacecraft traveling into deep space for 10 years to reach Comet 67P (a distance more than five times Earth’s distance from the Sun), and flying alongside the comet at exactly the right speed and trajectory to dispatch the Philae lander and land it on the surface of that massive rock hurtling through space. This extraordinary technological feat  created an opportunity for Philae’s instruments to send back information and images from the surface of the comet and provide us with information about what it is made of.

Earlier studies have shown that comets contain complex organic molecules – compounds that are rich in carbon, hydrogen, oxygen and nitrogen – the elements which make up nucleic acids and amino acids, the essential ingredients for life as we know it. However, it still seems incomprehensible to me how life can be created from a bare rock . As Richard Dawkins says, the creation of life is so improbable that it seems almost impossible; an occurence that might happen only once in a universe. 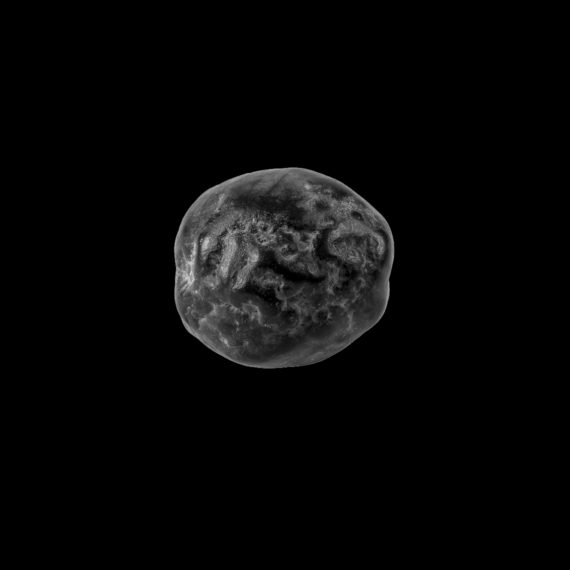 “Immanence refers to those philosophical and metaphysical theories of divine presence in which the divine encompasses or is manifested in the material world. Immanence is usually applied in monotheistic, pantheistic, pandeistic, or panentheistic faiths to suggest that the spiritual world permeates the mundane.” Wikipedia

I went to a lecture once about “immanence” and stones. I looked up the notes in my sketch book to see who gave the lecture – it was Susanne Kuechler, Professor of Material Culture in the Department of Anthropology at UCL. I decided to Google “Immanence” and “Susanne Kuechler” to see if I could find a transcript of the lecture, but instead what came up at the top of the search page was a link to my previous a-n blog in which I had already written about this on the 6th December 2013. Ha! I think I have mentioned before that there are some things which just won’t go away. Here’s what I wrote in 2013 in an entry about The Stone (the same Stone that I posted an image of only last week):

“I’ve been searching for The Stone for some time now and yesterday it presented itself to me. It’s a difficult size – bigger than a heart, smaller than a brain. I can carry it in one hand, just. It is heavy. It is a Flint. According to my ageing Observer’s Book of Geology, “Most chalkpits contain nodules of Flint… a form of the very common mineral silica (silicon dioxide). Like the chalk, it is derived from material in the bodies of sea-living creatures.” Interesting (though perhaps not so surprising) that it has already had a life. Look at it – with its scars and gashes – this Stone has seen some action. I carried it home and looked at it and photographed it. Now I have carefully packed The Stone away until everything is ready. It is in a glass vitrine, wrapped in a double layer of black lining material, covered in foil and sealed in polythene. It is dormant.

I went to a talk once by Professor Susan Kuechler in which she talked about immanence and stones which take on a sort of metaphysical life of their own. I didn’t really understand it but it’s in my mind.”

I still don’t really understand, but it is still in my mind. I’ve also been remembering the Trovants of Romania – stones which appear to grow and change shape responding to changes in the weather. I don’t know whether the stories of these stones are true or fake.

Last week I took a small collection of my other stones to my friend Axel to be photographed. Properly. Now I’ll have some more images to print and I’m thinking again about a change in scale and removing any references, so that the stones might appear as rocks, or planets, or monoliths when there is nothing to allow comparison with other objects or bodies. 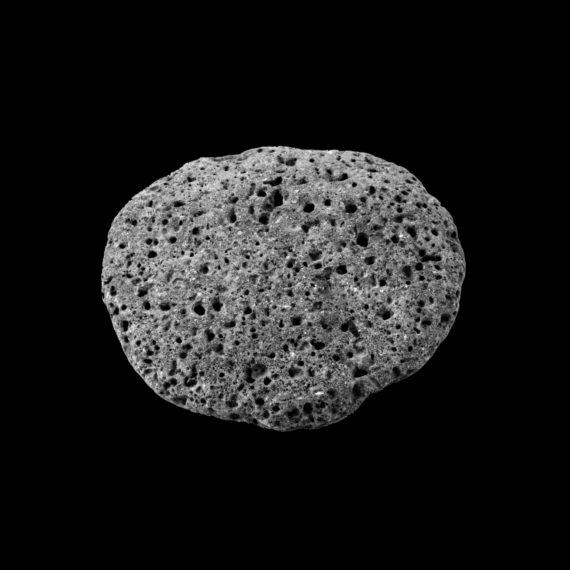