This week I’ve been leaving a bit of time to reflect on the experiments with materials I started last week and have re-focused on drawing while I let things develop. One of my aims for this year is to move on with the sort of room sized drawing installations started last year during the DC1 residency. I’ve been applying for residencies which might offer the opportunity to occupy larger spaces where I can expand the work (my studio space is very limited). But the whole process of applying for opportunities is so competitive, so unpredictable and so often unsuccessful, I decided it was time to make a positive to move towards making some space. So I’ve cleared a space in the house, taken down a shelf, moved a bit of furniture (temporarily), and started drawing on the wall. 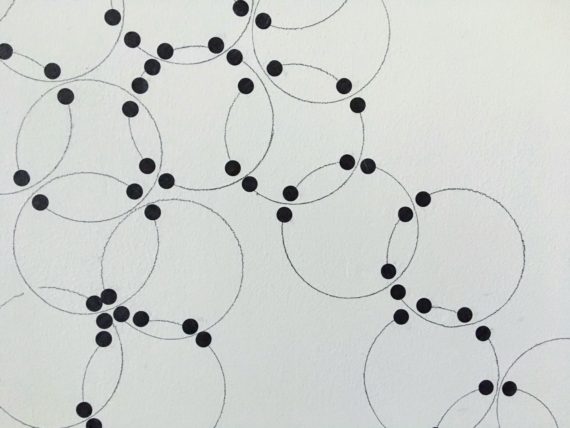 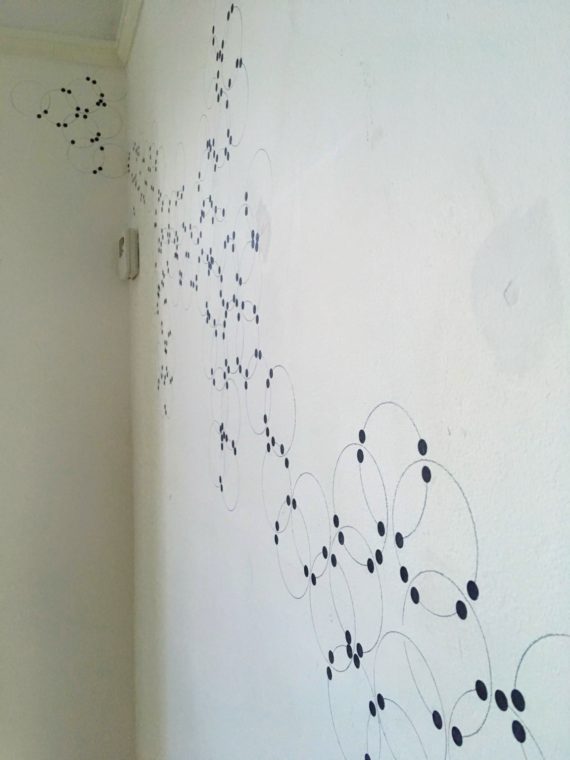 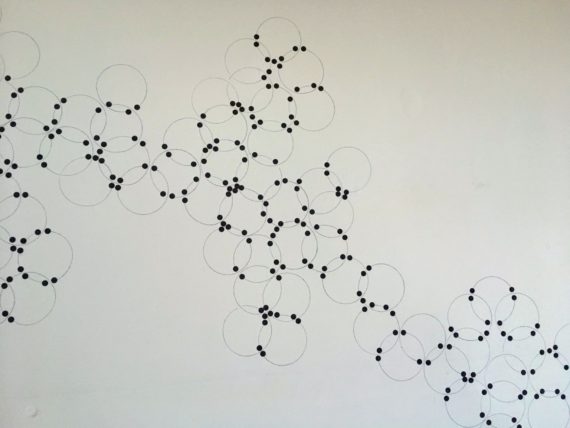 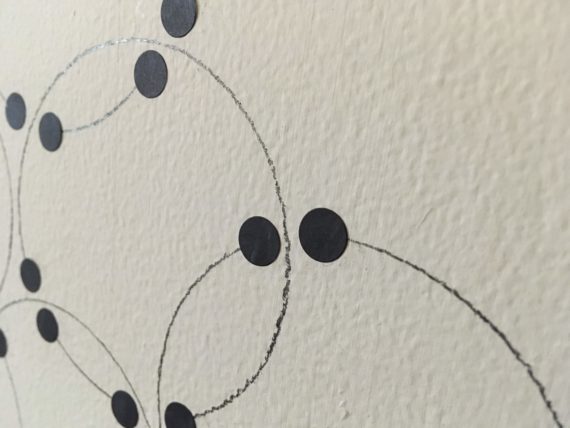 Since my conversation with Dr Alexandra Penn last year (https://vimeo.com/309835303), I’ve become interested in the complex systems – man-made and natural, which we are all caught up in, and which govern everything about the planet and about modern civilisation. I’m thinking about how I can explore these ideas through drawing and installation and my sketch book is full of little drawings like this: 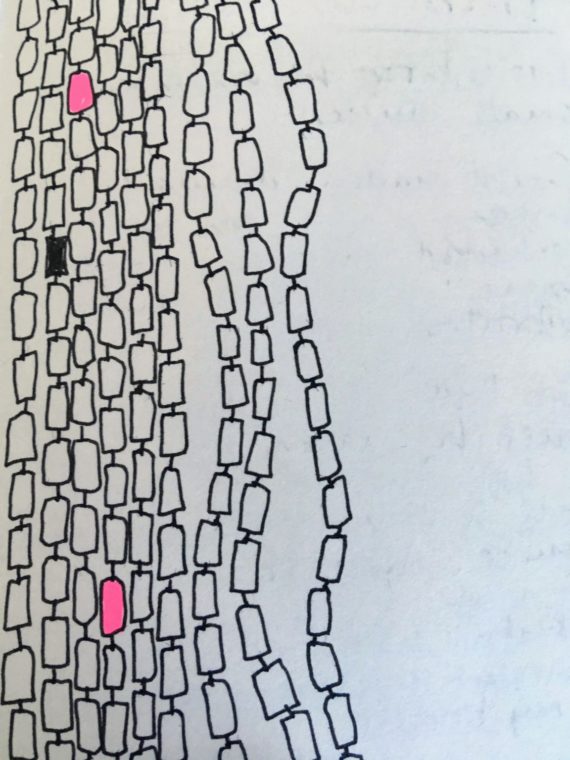 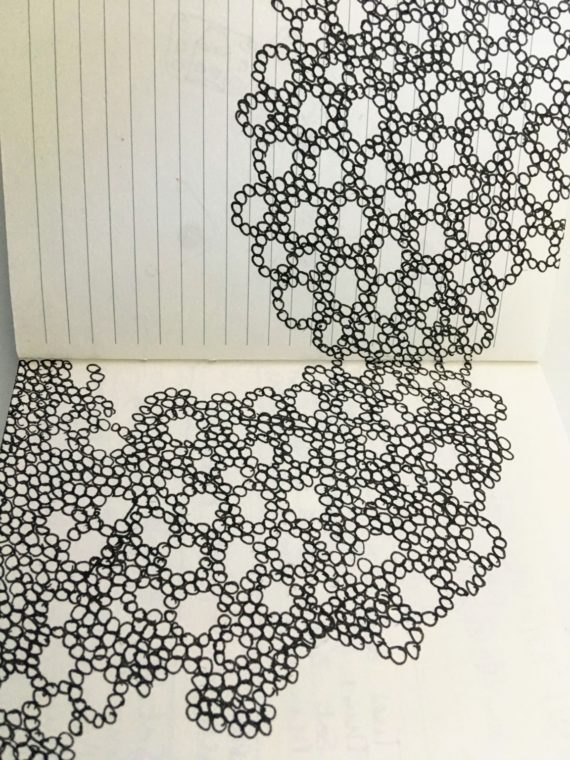 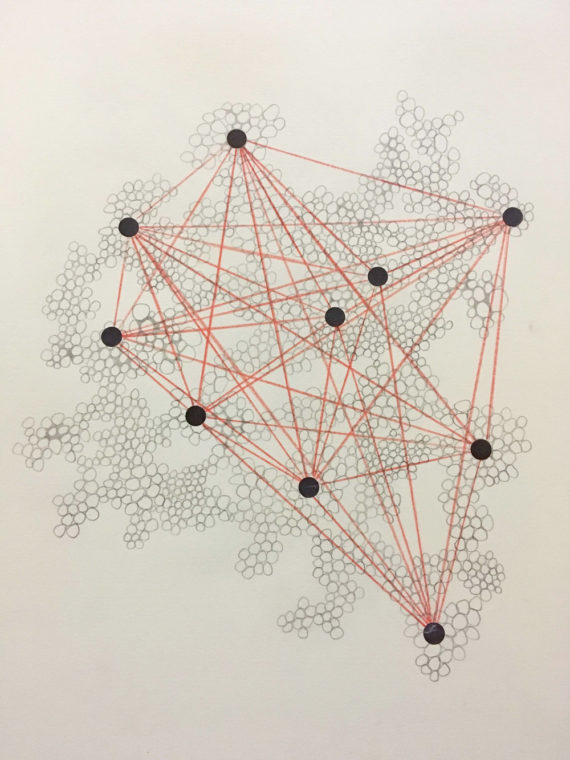 I sort of feel as if I should be making more effort to save the planet. I’ve been thinking about it in my work for quite a while – how to use more environmentally methods and materials – but actually there are bigger questions about whether to be making things at all. After all – if we all wanted less THINGS, made less THINGS, surely that would be the best way of saving the planet’s resources and beginning to de-clutter the world. But how to make art without making THINGS? 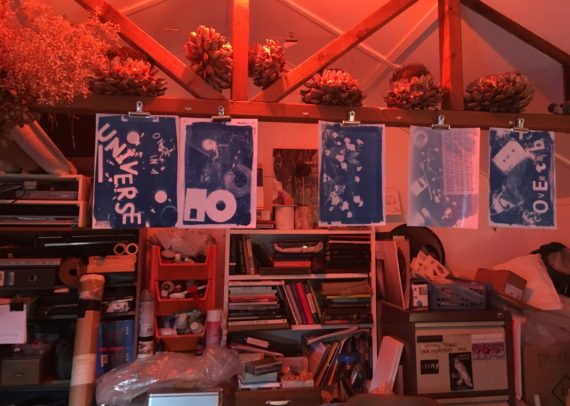 A good place to start must be in my overcrowded, cluttered studio. Here surely is the place to start reducing, re-using and recycling. I have made a little pledge to myself not to buy new THINGS until there is no other option. I have drawers and drawers of old paints, pencils, pens and paper. No more! I will buy no more! Until I have used up ALL the old ones. And paper has two sides – not just one, so why not use them both (well for trying things out at least) – and double sided drawings can always be made into books. And old work can be cut, pasted, folded, re-arranged and re-configured. I even write this in my artist’s statement which just goes to show it must be true: “My creative process mirrors processes of evolution, with work being made and re-made, revisited and reconfigured to reflect new knowledge, understanding or ideas, sometimes over periods of years.” So there.

So today I have been persevering with making my experimental bio-plastic. It’s not very good I don’t think, but I guess I won’t know for sure until it has dried out fully, which can take some time. It’s not that the process doesn’t work, it’s just that the end result doesn’t seem to be very workable. I’m not sure what I can make with it other than thin sheets of polythene-like material. We’ll see. I tried moulding a bit of it into little balls – not very good. And I made some sort of cake-like discs.

I’m currently reading The Mushroom at the End of the World (which may be contributing to fueling these feelings about waste and consumerism). It’s quite hard work but obviously interesting because I’m still persevering with it, and usually manage to read a whole chapter without going to sleep. 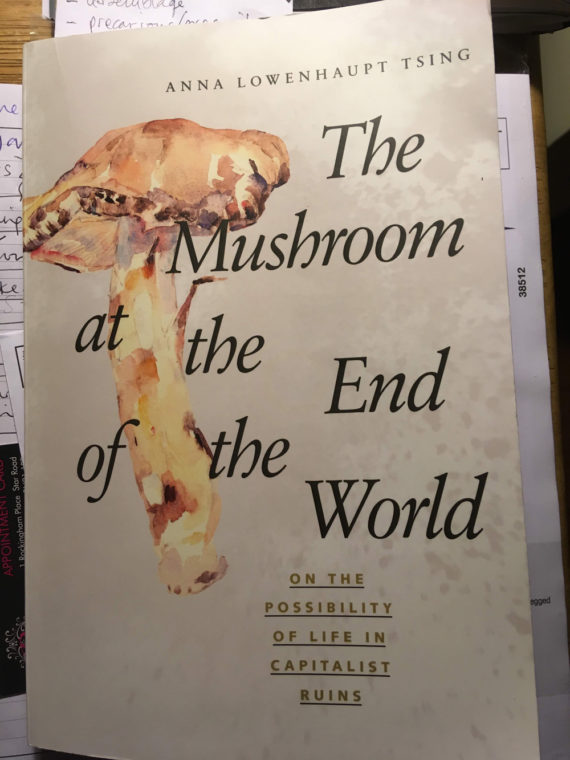 In response to what I read yesterday, I made some more salt and flour dough (which is definitely more successful than the bio-plastic) and have made some mushrooms and some “money”. (Yes, I know – the money’s not very good – looks more like buttons. I’ll have another go tomorrow. Perhaps here’s the answer – we should all start using buttons as money). 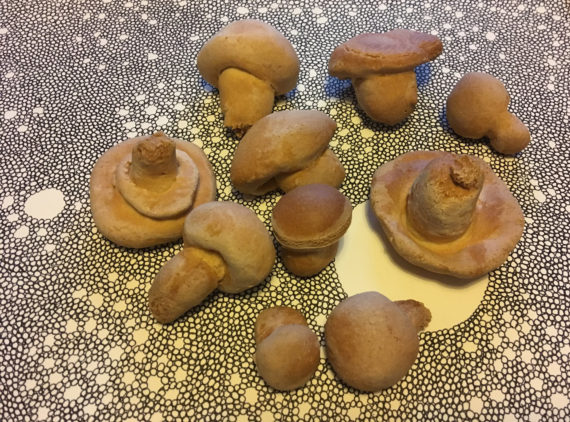 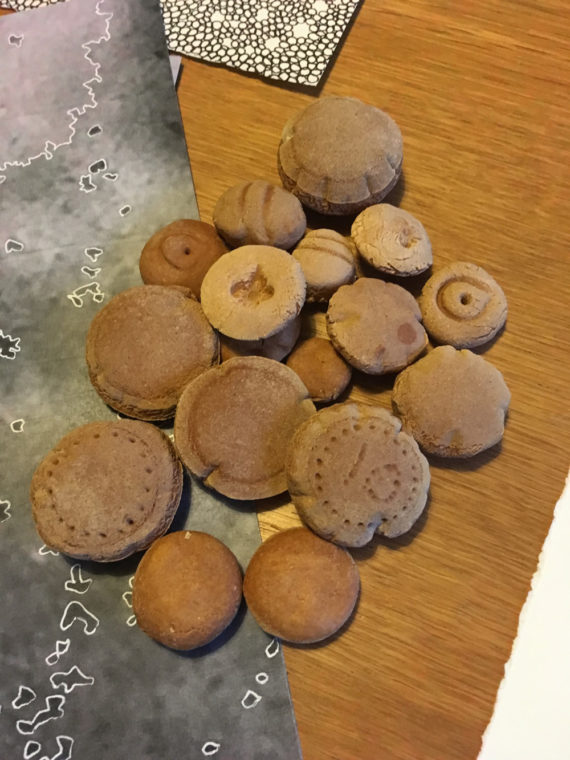 One of the things that I made a considered decision about during the Once In A Universe project was that I would embrace the use of the materials of the Anthropocene – silicone, plastics and batteries being the main ones that worried me. In the past I have questioned art which relates to environmental matters but which blatantly involves considerable environmental cost – but to be honest what is there about living as a 21st century human which doesn’t involve environmental cost? Anyway… I’ve decided that now that phase one of the project is done and dusted, the next phase of the project will involve more of an investigation of materials and how to try to cut costs (not the economic sort – although maybe my new approach might also help with this!)

So… small steps first. Continuing with the cluster motif I keep going back to at the moment, I decided today to make some salt and water dough and see what sort of clusters I could make with that. They’re in the oven, baking at the moment. 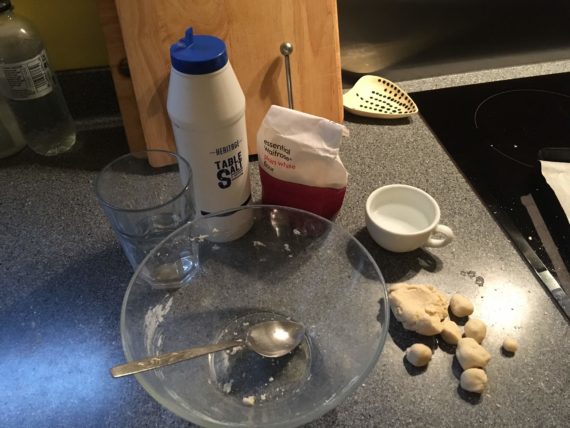 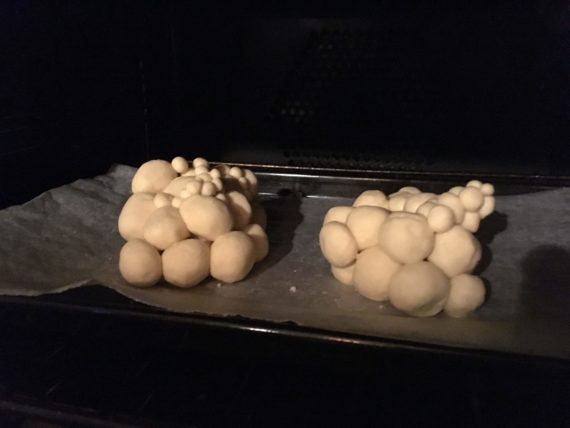 Hmm… nicely browned on all sides but a bit flat on the bottom. Still it’s a starting point and brings new thoughts to consider. Tomorrow: Home made bioplastics. 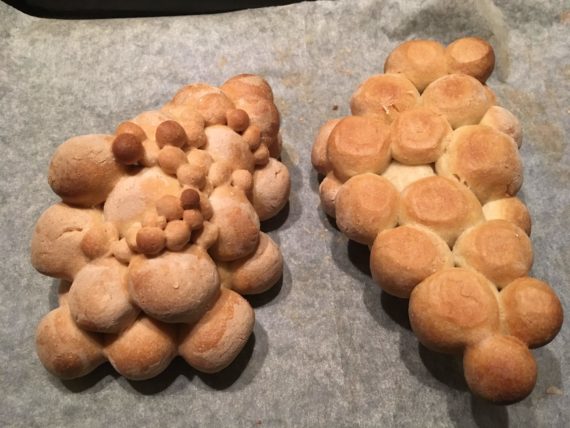