I had a few moments of doubt and distraction this week. I was thinking about what my next print should be. My mind began to wander to all the loose ends and unresolved works I’ve made over the years and they all started jiggling about, vying for attention in the small void at the end of making one print and before deciding what the next one should be. So I had to take a leaf out of my own book and remind myself to “Keep to the brief!” (Felicity Truscott will laugh as this is what I keep saying to her – “go back to the brief!”)

However, part of the problem is that I have committed a serious sin by not actually writing the brief – not in black and white, words on paper (or screen). The brief is in my head, and as I’m told by someone I respect and know well, “if you write it down it becomes an action; if you don’t it’s just an idea”. So yesterday I gave myself a day off – a trip to London galleries which means an hour and a half journey each way on the train. Strangely I have always found train journeys provide a really useful structure for productive thinking. I wrote all my MA dissertation on the train  and planned my whole MA show while commuting from Eastbourne to Wimbledon. So on the 10:55 to Victoria, I re-affirmed the brief, in note form in my notebook including a list of tasks with number 1 being to write up a PROPER brief, with proper sentences and grammar, which can form the basis for the project (and my funding application) and which will be something to keep pulling myself back to when I start wandering unproductively.

Another thing that happened on the train was that I realised that sometimes ideas just take too much forcing. I don’t think this is good for me. I think my best work evolves quite organically. So I’m trying to focus on the things which happen almost by chance – like the installation I made a couple of weeks ago at the Devonshire Collective gallery in Eastbourne and as a one off event at Towner. It was a simple collection of found and made objects, images, drawings, prints and an artists book, all gathered over quite a long period of time – years, not months. It was a bit of a light bulb moment, that these items, none of which I’ve really shown before because they’ve never seemd to be “anything” suddenly became “something” when brought together as “a collection”. 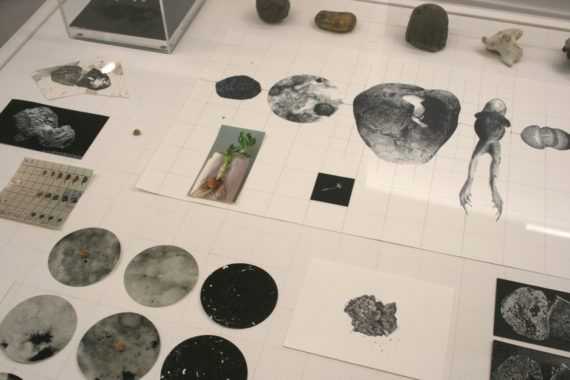 Image above: From Stone to Seed (Once in a Universe) – installation view.

And another thing… there are certain objects and images which I can’t seem to leave alone or leave behind. Unfinished business you might call them. There is a series of “drawings” or at least images made as a result of an experimental drawing process which I’ve never resolved – here’s one, known for identification purposes as the Creation Drawing – 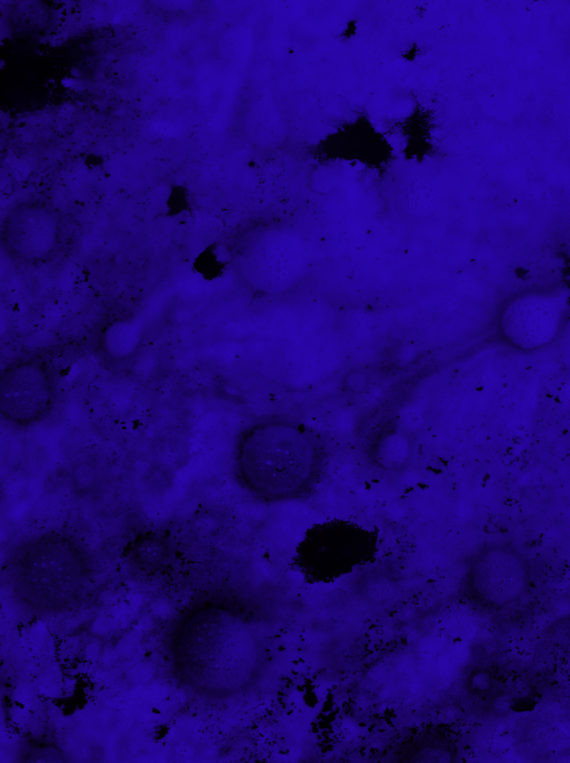 and here’s another (not a drawing, but an image which needs to be something). This one’s just known as The Stone – 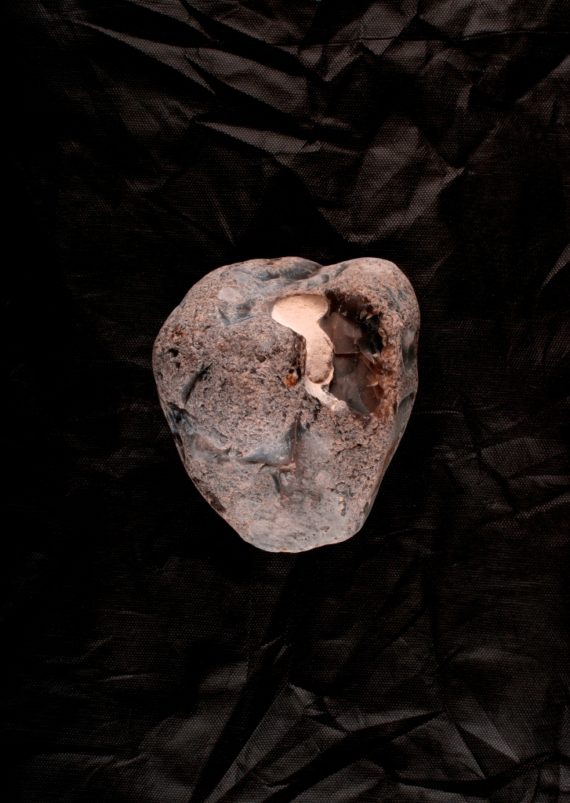 So I’ve decided it’s no good ignoring these sort of things, they need to be confronted. But how? That’s why I’ve not done anything with them – because I don’t know what they want to be. But I’ve got an inkling that scale might come into it. So I’ve mocked up a big version of The Stone – here it is with a walnut to give an idea of scale, and perhaps I’ll try printing it as a lithograph. 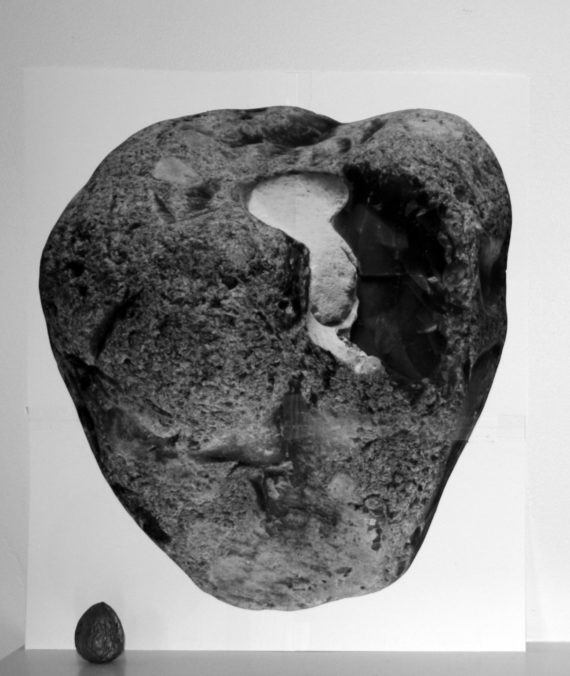 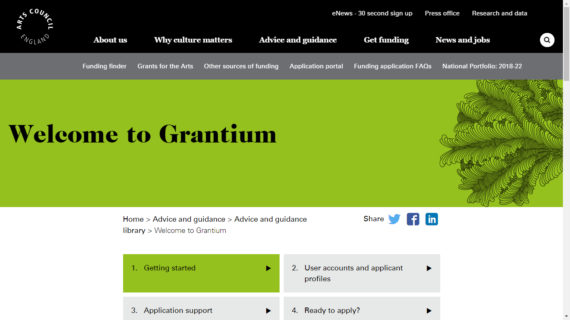 One of the fantastic things about receiving my professional development bursary from a-n is that I can now try making a Grant for the Arts application and use my bursary as the match funding I’ll need to support the application. So here we go… it’s always with a slightly sinking feeling that I start the application process as I know how much time and effort is needed to do this, however, it’s also a really useful process, making me pin down my thoughts and ideas and make firm plans.

For several years I have worked on interconnected research projects, culminating in The New Immortals exhibition, which I curated in 2016. This and other recent curatorial work has added a new dimension to my practice, but it has meant that I have spent less time on my studio work. I’m now refocussing attention on my artwork and hope to secure funds to work with a curator/mentor and professional gallery team to develop a solo exhibition as a showcase for the new body of work I’m making.

One of the fantastic things about being able to develop my printmaking skills at the University of Brighton is the brilliant facilities and technical support available to me. I did my Fine Art BA in this department fifteen years ago and feel very privileged now to be able to come back as a visitor to learn new skills and techniques.

Scarlett Tierney has been helping me with my printmaking. Scarlett is the Technical Demonstrator for lithography, supporting students and looking after the litho area. Today I was looking through her technical folder – a bulging oracle, filled with information which Scarlett carefully records and files away for future reference as she tests out new techniques and learns new processes ready to pass on her knowledge to students. The file is full of annotated prints and plates, instructions and comments about processes from lithography to cyanotype, drypoint to etched lino, all tried and tested in Scarlett’s own lively style. An inspiration! Just a tiny sample from Scarlett’s technical folder are shown below.