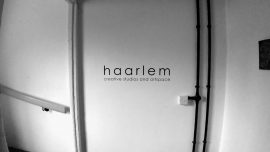 This is a blog post about my emerging way of Art or process.

the collections are central to the museum of making.  they act as an inspiration for making today and for makers of the future.  with the building being refurbished all the objects are being stored offsite.  today i’ve visited one of […]

after a weeks break at the end of august i’m slowly adjusting to september and beginning to get my head around what work load i need to manage. before i move onto melbourne i want to spend a little time […]

i’ve visited the silk mill site this week – at the invitation of the museum trust’s site manager.  we spent an hour walking round. here are a few of my highlights from the visit.       a leftover question […]

hello again.  this week has been considering the non linear format ahead of what i hope will be another commission to film and produce a non linear project for the ever developing museum of making project. earlier this year when […]

i’ve known for a while that at some point another tranche of the non linear project at derby silk mill will begin.  initial discussions are suggesting a realistic budget with good access to the building.  the when is dynamic. last […]

i’m getting there – finishing this tranche.  thinking about submitting to doc fest has been a good thing, it’s pushed me into creating a linear trailer for the project.  i’ve spent time this afternoon editting and tweaking and i’ve ended […]

my strategy for answering the four questions set by sue ball of maap is to answer one a day for four days.  today is day two and my motivation to complete the answer is the bluesky and sunshine i see […]