since the weekend i’ve been reflecting about the film.  it’s reached the stage of being online and viewed by invitation.  this is part of the research into reactions to a non linear film.

for this project i drew upon my experience of the mill through my maker residency in the summer.  i wanted to document aspects of the museum as they are now, knowing that they will have evolved by the time the museum fully reopens.  being known to the staff and volunteers helped me to film without causing distraction to those around me.

the timing of the project massively contributed to what i documented.  the last running of the model railway, the prototyping of display ideas and of course the maker games. 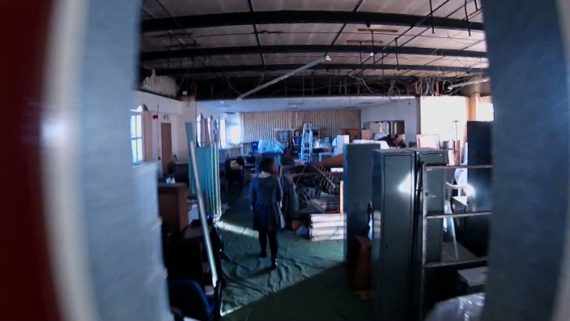 and there’s the brick collection.  the bricks – 461 in total (at the last count) inspired the origins of the thinking about this work.  they gave me a number to work with as a starting point.   i turned this into a what if … what if i walked 461 steps away from the mill and used this as a starting point for filming.  i was surprised at the range of surroundings at the same distance from the mill.  it led  me to think  that where ever one begins, the museum presents itself in a manner to be explored as you choose to.    for me this sums the film. 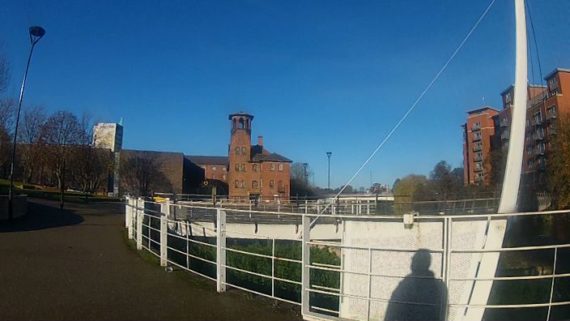 in editing the footage and authoring the film i went through a process that saw me wrestle the linear nature of the material and  ultimately to reject that to free up my thinking.  i didn’t anticipate that this would happen.  looking back on that time i can see that the volume of footage i had required my to go through a process of handling the content enough so i could make it do what i wanted it to.  i arrived at the content behaving in a non linear manner through firstly considering it as linear. 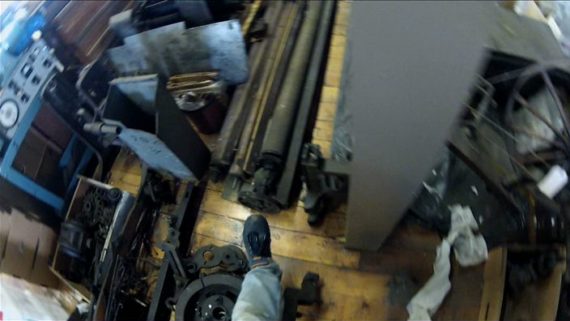 i have been able to create a non linear film that i’m pleased with.  the keyword linking does provide meaningful connections between the scene that is playing and the next available choices.  i’ve even cracked how to end the film, including a credit roll !

one aspect that does leave me a little disappointed is the outcome of using a camera mounted upon myself ensuring a pov experience for the viewer.  in an early draft the nature of the shot video was a cause for concern and i’m still attempting to shake that off and  it remains attached like some seed with clever hooks on the ends of it’s spines. 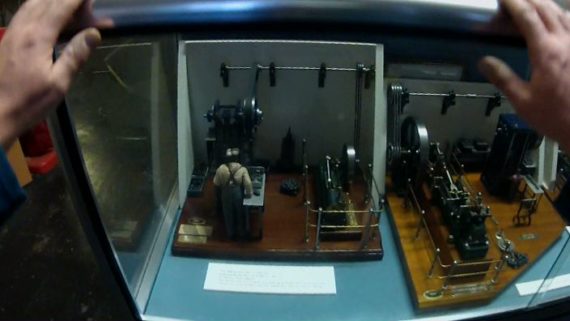 with that said i can move onto to reflect about what my intentions were when making this film.

i’ve noted these down so i can refer back to them should there be an invitation to make a second instalment.

there’s a meeting soon at the mill where the project team will be introduced to the draft.  i say draft although as far as i’m concerned it’s finished.  the draft makes the film available to view prior to negotiations about final hosting and other potential screenings, for example might it be shown in the museum?