i’ve visited the silk mill site this week – at the invitation of the museum trust’s site manager.  we spent an hour walking round.

here are a few of my highlights from the visit. 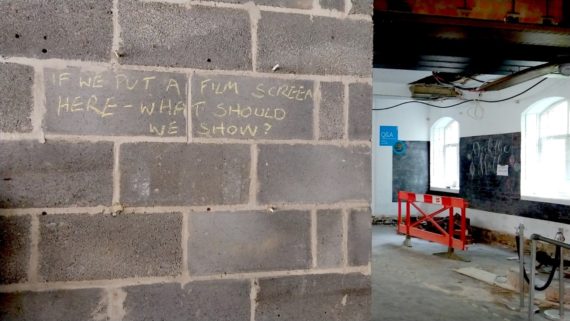 a leftover question from the last time the ground floor was taken back to a basic state during the remake stage.  there’s also a clue in the question to how new to the whole process  everyone was at this early stage.

i saw many things on the screen that eventually hung in front of this wall.

being in the ground floor space wasn’t too much of a jolt – the feel of the space is pretty much as it was when operational during the research phase.

there was a big surprise when entering the first floor space. 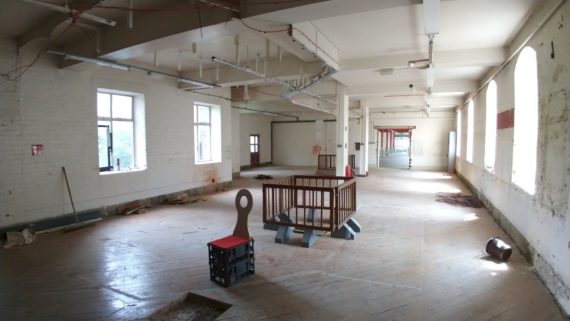 the elongated ‘ z ‘ in the cieling is the renmant of the front of the model railway frontage.  the windows on the right are newly exposed – there had been interpretation panels in front of them.  to the left is a doorway – here had been the model railway control area.   the barriers in the middle guard a hole.  there are currently lots of holes in the building as work has been carried out to determine the state of the 300+ year old building. 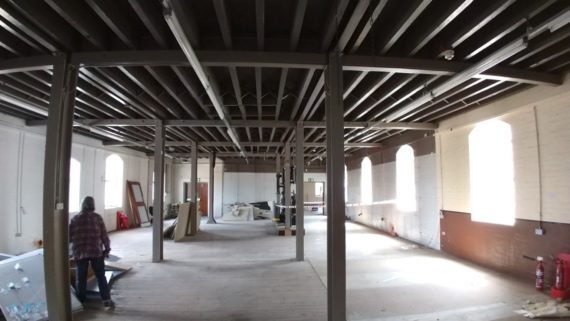 in this picture there are some tapes around the buckton testing machine (on the right).  one of two large machines left on site the buckton was used to test things to due with the railway.  the photo being taken from what was the east midland railway study centre.  all the internal walls and dexian shelving long been removed to a temporary location.

with everything ( well nearly everything) taken out,  the size of the internal spaces throughout the mill took me by surprise.  by the time we arrived at the second floor – what was once the electricity board social club area – i was more prepared for what i was about to see. 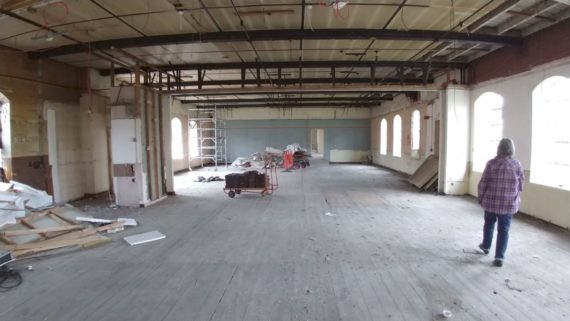 as we walked we chatted and i got a sense for where the project was currently and what the next few stages of work are going to be. 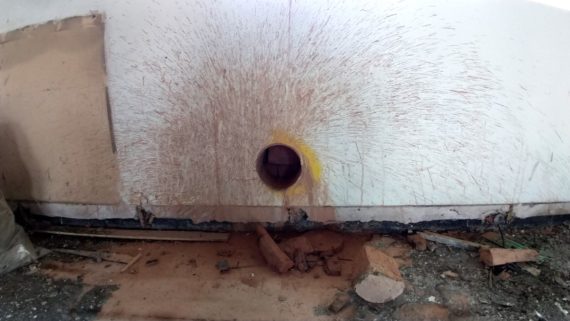 i’m drawn to the area next to the museum that will be developed into the civic hall.  the drawings of it look wonderful and currently the space looks like a proper site about to be built on. 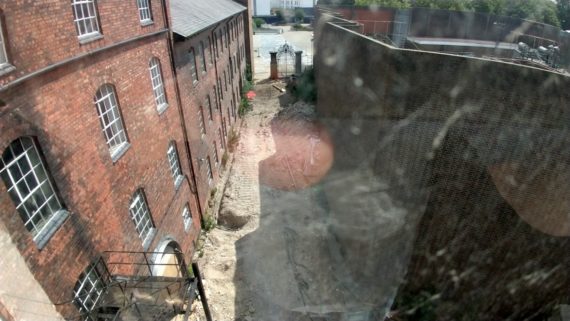 i was told this week that there are still details to be finalised and i got the impression that once this is done that a domino effect will take place for other aspects that need to be finalised.  this includes the confirmation or not of the next tranche of the non linear project to document the inside and progress of the transformation of the musuem of making.  i can add at this point that as this project continues its allowing me to develop and progress my practice.

i’ll leave you with an image of the front of the silk mill from march and secondly in july of 2018. 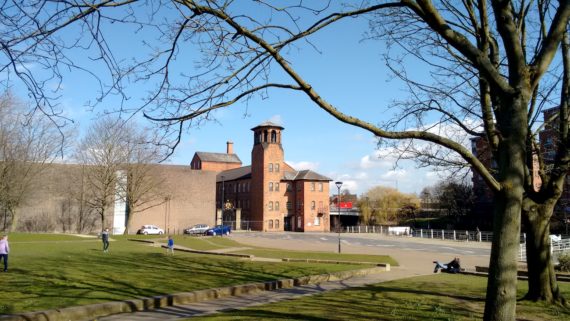 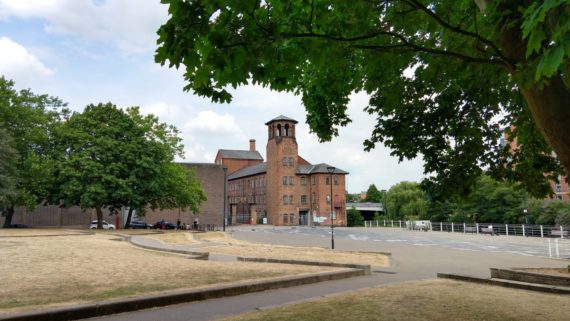