ahead of the forthcoming arts and heritage group meeting, i’d like to share with you so reflections about work done recently. 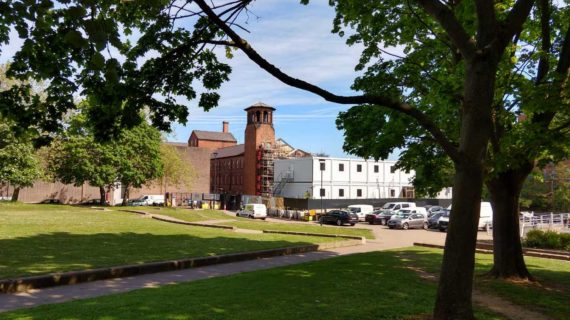 back in april i was finding my feet being on site at the silk mill and beginning the journeys at the other places i’m due to film in during the course of realising the work. 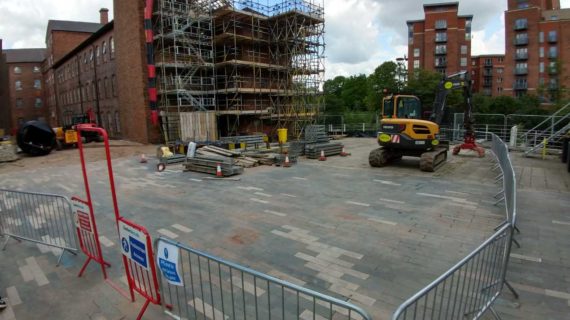 the main focus is the silk mill itself and recently the progress being made by everyone there is starting to be more visible.  in the off site stores preparatory works by both the collections team and model railway teams go on a pace too.

i’m getting up to speed as well.  the going to work at the museum of making during the renovation work is becoming more familiar and the going into the live site is becoming more second nature.  there’s been a transition from needing to have a guide everywhere i go to having a quick briefing in the office about where the unsafe areas are today. 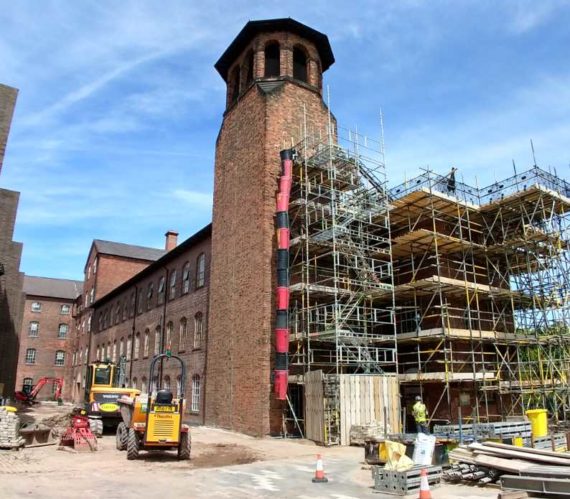 for the good things there are some bad.  the 360 video thing is a bit too early doors so i plan to investigate 360 photos a bit more.  if you’ve watched the 360 footage of the crane you might have picked up on a the poor stitching of the two cameras.  it appears the unit i have has something wrong with it and i’m in a slow process to diagnose this with the company’s customer service in hong kong.  there may also be some small problems with some audio recordings due to some interference.  my best guess as to the source of this are the heaters in the portacabins. 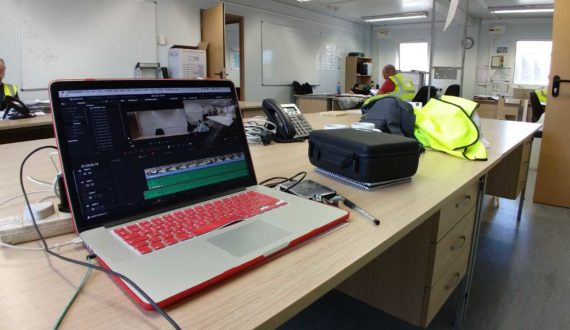 as well as filming at the silk mill i have also begun the post production process.  on site i’ve bagged a space in the office to work.  going forward i think this is going to be a good thing as i’m already using what i’ve shot to inform where next to shoot.

something that i’m ok about sharing with you also is that towards the end of april early may i became overwhelmed a bit by the whole thing.  the faults i’d found with some of the audio began a domino effect that meant for a while i kept filming but my work in post halted for a while.  i’m happy to say i’m very near to catching up now.

for the arts and heritage meeting i’m going to prepare something to share with the group.  at this early stage it might have to be a simple collection of clips from the different areas i’ve filmed in so far.  part of me wants to also share some early sketches of a user interface for the work.  i need to be real about what actually is needed at this time.   is introducing where i’m filming enough for the conversation to begin? 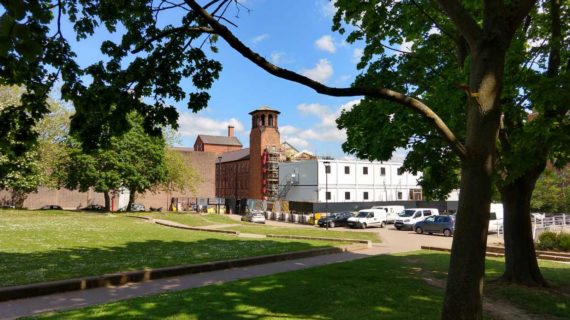