in the life of this commission there are going to be some days where a special one off event takes place.  this week saw the first of these – a crane on site to lift steelwork into the second floor. 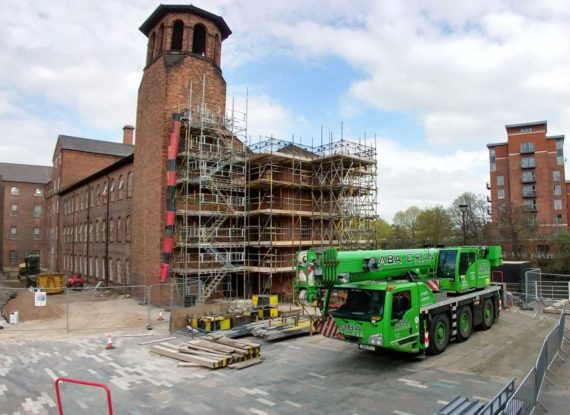 this event inspired me to take the plunge into researching 360 video.  from chats with the site manager i knew in advance where he would permit me to be during the lifting.  one thing i have learnt in my short time on site is just how important safety is. 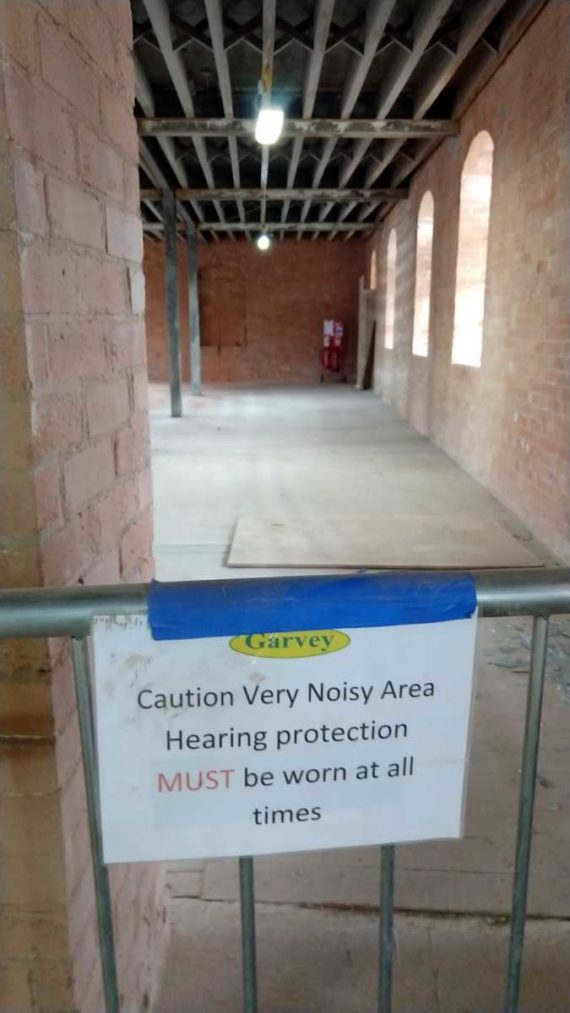 the site has a state of the art fire alarm system that is all radio connected and linked to mobile phones, i have no idea how it all works.  there was a false alarm this week, i stood outside with kim while the source was investigated.  all ok. 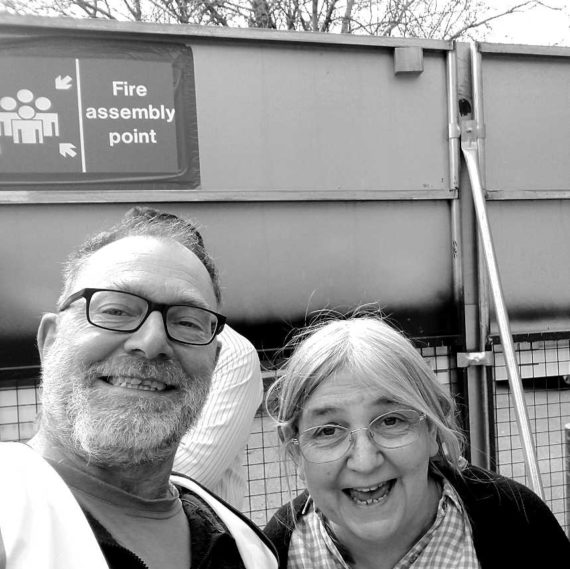 i’m becoming more familiar with the people on site and how things are on site.  this in turn is making me more confident in being on site.  today i’ve been into the mill to capture some footage of the steel work and other things of interest while the site was quiet.

from my bus home i get a great view of the outside of the mill across the river. 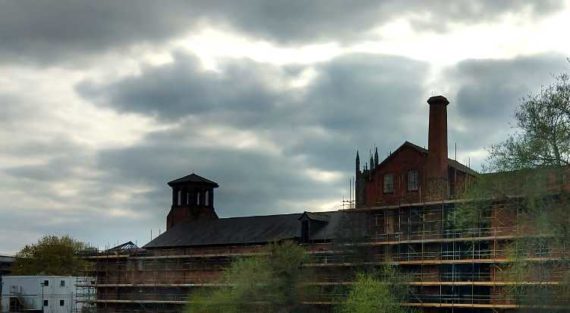 earlier i mentioned my beginning to research with 360 video.  first impressions are that it presents some interesting challenges and considerations.

after only one other test filming i threw caution to the wind and used the crane on site as a focus for some 360 filming.

the camera i have makes the filming process relatively straight forward.  as with all processes i’m experiencing the learning through making the teething problem mistakes.   today i over looked switching into video mode so have 360 photos from the inside of the second floor, not really what i intended to create.

on the day the crane was there i did mange to create some video footage.  in the afternoon and evening i created a short edit and uploaded it to you tube.

when uploading 360 video to you tube – don’t forget to wait for the 4k file to become available.  while i learnt this i experienced disappointment at the low resolution quality of the video.  fortunately there is a high res version available now.

as a result of the high resolution video file i have learnt how having a really fast internet connection helps when watching the 360 video.  i saw the difference in video quality when i showed the video on my phone in the office at the museum and art gallery the next day.

as this is my first 360 edit i’m not putting it fully out into the public domain – the video is unlisted.  what i am going to do is share the link with you below so you can see it.

the video will give you a sense of being in the site compound near to the crane and those working near it.  i’ll be interested in you feedback, comments and general observations about 360 video. 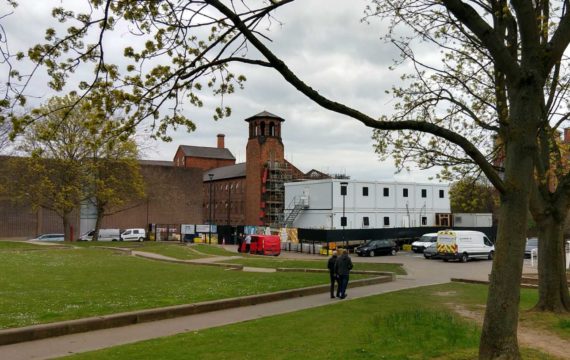 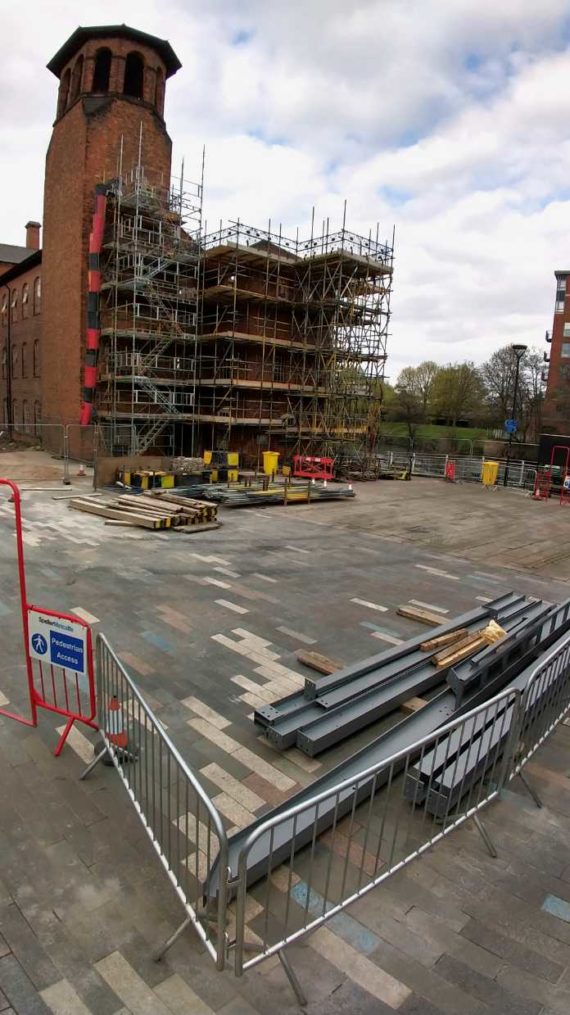