the dog makes itself comfy at my feet as i ponder how to begin this post.  i’m acutely aware that in keeping at least one post per month going in this blog i’ve made two posts without words.  i’ve spent most of october reflecting about this and working through what has emerged in connection.  it’s very personal so would like to leave it at that for now.

october got off to a very special start, visiting the soon to be completed 22 bishopgate building.   our invitation coming from one of my oldest friends – a member of the team that has built it.

my day in london was one of wide variations of emotions.

for some days after i sat with something i hadn’t expected.  seeing inside this other world of multi-million pound construction, 12,000 people inside when fully operational, 61 floors, 120 showers in the basement for bicycling commuters to freshen up and the fastest lifts in europe – i wasn’t sure where i stood on the subject.  in fact i found myself torn.

being able to be in the building i’d heard so much about, to walk around it, to see out of it was incredible.  to be there with my friend and his family and wife – i was their best man – was one of those infrequent family based moments, so it felt special to be there with them all.

an insight into the building with the highest floor – it’s not as overall tall as the shard, however the final 50 metres of that building is merely steel and glass – we were told !

it was quite interesting in the second presentation how the cranes on the top of the building went into the airspace of london airport, this having  operational implications.

being on the 55th floor of a building whose environmental plus points appeared to be the showers for the commuters put me in contradictory odds with the human endeavour put into the project to get it to the 55th (and above) – my friend and all of his colleagues have been involved in a breath taking piece of engineering – it’s been built in its own footprint.  even the crane on the outside of the building has a base that dog legs inside of itself.

being in the building has left me with many questions and it challenges my preconceptions about engineering problems and environmental sustainability way beyond my education and understanding at this time. 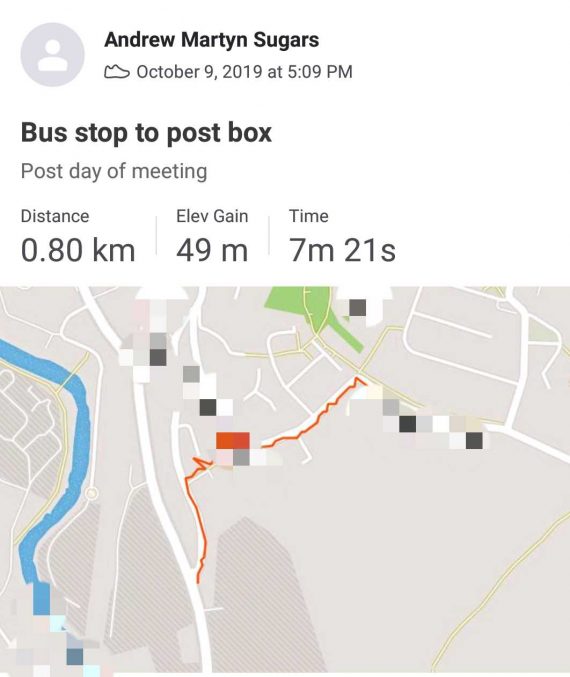 at the end of september the non linear commission had an update meeting within the framework of co-production.  i’ve been involved in several of these now – this one was the hardest so far.  why was it hard ?  the co-pro process effectively places the work at a position where any ideas, any suggestions are relevant to the  ongoing development of the work, while still placing me as the artist whose work it is.  the resultant processing of learning and application of that has moved the work on.  as i write the next level of co-production is taking place – with the project staff involved in delivering the environments inside the museum. 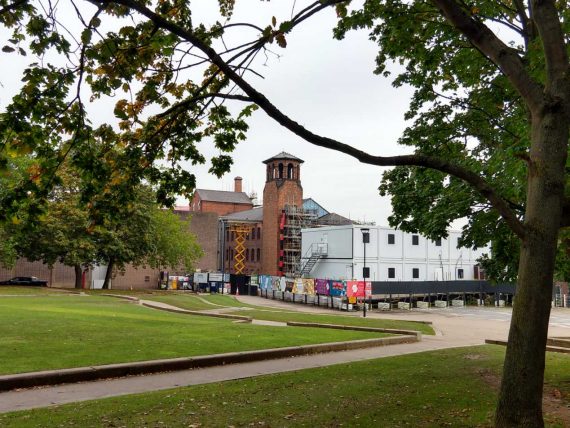 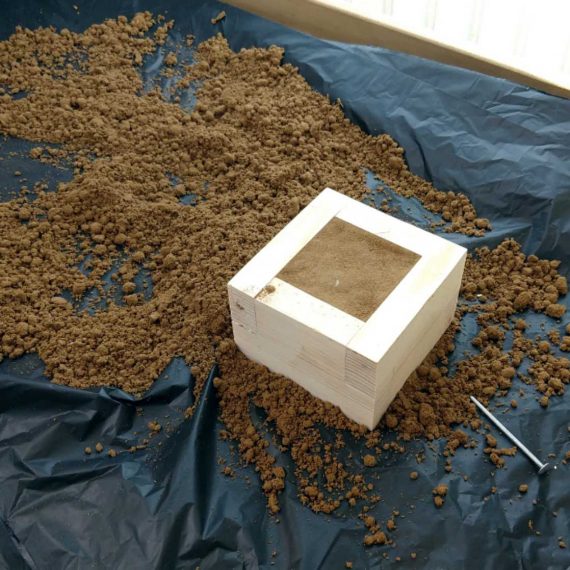 i need to take a moment to explore the unhappy feeling i have.  i feel unhappy because i don’t know where my passion is and by this i mean the passion that courses through ones whole self, where one’s mind body and soul are in that passionate love for doing in the moment.

i think i might be parentally fatigued and have lost sight of the things that i am physically, kinaesthetically and emotionally lit up by.  i reflect that working too much also adds into this feeling of there being a piece missing from me.

i’m in a catch 22 situation – i’m locked into something i have little time away from to be able to explore what i’m missing.

there’s no dsylexia support network i’m part of with whom i can talk with about am i simply feeling what it’s practically like to be dsylexic ?

trying to fill the hole with passion at work over time doesn’t work – those around me don’t feel the same way and i end up sticking out like a sore thumb.

the hashtag #itsoktotalk to reassures me that me exploring how i am feeling is ok and actually all part of what is making me unhappy.

i look at the gif of the jumping angel and it makes me smile.  i like being in those moments when something unexpected happens with something you’ve created.

intellectually i know there is something wrong and i feel it too.  in reflecting what i’ve written my thoughts are i’m missing people to be around that i can relax with and be myself with.   stepping back and thinking about my time during the month, there is precious little time where i’m around people in that context.

there’s the realisation that in my practice i’m not creating any new conversations – new opportunities,  good to realise and see – not so good that i don’t know how to start to develop something new.

thoughts of the mentoring and coaching opportunities offered by a-n.  i looked at them but felt i didn’t know what to ask for.

starting to see the circular nature of my experience.

first things first-how to create space in what i do currently to give me space to think and work out what to do.

for now i’m going to have to sit with knowing there is a need to do something.  from what i’ve written it needs to be something that i can do in a manner that gives me time for me and connects to something i can do – or ease into.  something that gives me space away from the ongoing commitments i find i currently have – both at home and in working situations.  i write this for those close to me for whom me saying this is somewhat difficult to hear, as its something not to be said.

crikey – do i need to go to the pub with a few blokes, swear a lot, drink beer, eat a kebab and spend the next few days feeling like s**t?  maybe 15 years ago.  oh look there’s another aspect of this time – what can i replace that out dated (for me) means of off loading ?

i feel the answer is yet to be found.  for now at least i’ve begun to accept that i’m unhappy and in time i can find the means of expressing that in a manner that will be easy to hear.