This is at the Project Space tonight, an artist to artist conversationthat should be an interesting insight into critical and creative processes in action.

Using the Queen of Hungary Project Space to try out ideas, experiment with forms and encounter critical feedback, Stewart will talk about her two short residencies which bring together a collection of works in various stages of completion. Using a process of trial-and-error alongside conversations with invited artists, curators and casual visitors, Stewart will attempt to unravel the connections between works that at present continue to resist interpretation. The works will change and adapt in response to these conversations.

Judith Stewart is interested in the relationship between culture and politics and her current practice addresses her curiosity about the human ability to hold seemingly contradictory beliefs. This is manifested in projects relating to specificities of place and the everyday in a globalised culture, notions of the rural idyll, the romantic and sublime, and the persistence of irrational behaviours in an Age of Reason. She is currently Artists’ Support Researcher and Co-ordinator of the MA in Contemporary Art and Professional Practice for firstsite in Colchester and Associate Lecturer at University of the Arts London. 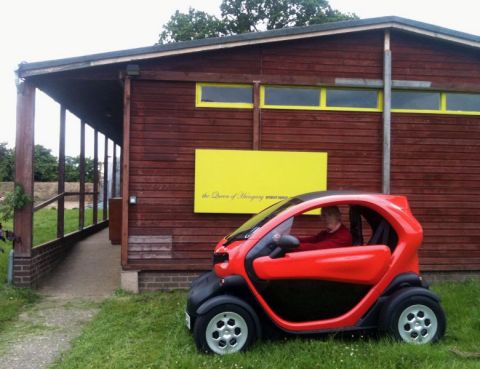 The first 2 days have been spent establishing a rhythm – getting used to the space, pacing myself, realising that it’s already 3 o’clock and I haven’t eaten … The way I’ve done this has been to focus on the material aspects of the work I wanted to try out, the stuff I haven’t got the clear physical space needed to really see whether what I think will work in my head does do it in practice. My time is normally spent out in the field or at the computer, so the physicality of the images really gives me an opportunity to experience them in a different way as they are dramatically different and at the moment I’m pleasantly surprised (I think). Today I’m going to add some video footage to the mix, provided I can get all of my technical equipment to speak to each other. This is proving an ideal setting – the shrieks of the geese outside providing an additional soundtrack.

Here’s a rather evocative image sent to us by Judith Stewart ahead of her residency this week. As I sit staring out of the Project Space windows (which incidently need a clean) over a rather damp, green scene, the arid and browned landscape in the image looks strangely appealing. 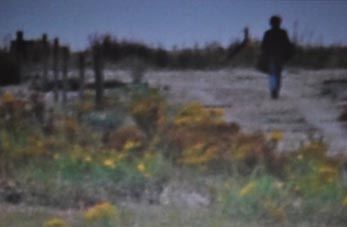 Now in a more focussed mood:

Veronica Sekules will give a talk about The Culture of The Countryside on the 13th June; a subject we at the Project Space are often musing on. In what way does our position in a field at the edge of a small market town in what is often (overly emphasised in my opinion) called the wilds of Norfolk affect our audiences, our curatorial decisions, the artists who participate, the artwork we choose to show……. ? Should we go with it or push against it?

Any way, during the talk I think Veronica will bring along some artefacts from the Sainsbury collection to discuss and handle.

Here is a picture of the new (old) Nissen Hut that has sprung up next to our studios in a rather surreal manner, complete with a splendid earth work. It’s nice to think that the tree poster from my Residency, flyposted onto a corrugated panel of hut has now rejoined the corrugated brothers and been re-integrated and subsumed into the finished structure. 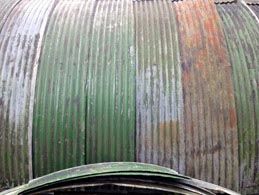 We’ve got a busy time coming up with our first selected residency with Judith Stewart, who’s also having an artist’s talk on 14th June and also our talk on the 13th June by Dr Veronica Sekules from the Sainsbury Centre. I don’t know what to talk about first or where to start. Perhaps I’ll return to this subject when it’s less sunny, the bunting over the road is flapping less and the sparrows in the hedge are more subdued. 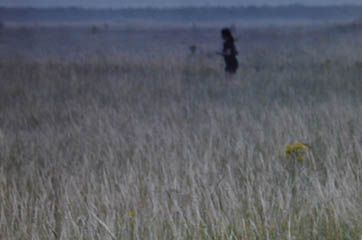