‘The objective of this residency was to help me identify whether there is a connection between two apparently different strands in my work over recent years. In a nutshell, these can be categorised as consisting of landscape based images or moments that reveal the oddities of human behaviour. The first part of the residency in June gave me space to think through some of the work that I’ve been pulling together over the past couple of years. Now comes the difficult part.This week I’m continuing to work through unresolved video footage and photographs collected over the previous decade that have lain on the shelf waiting to be either abandoned or turned into something else. Having made a start on these as preparation, I’m beginning to see connections between the two aspects that I did not expect and which relate to ideas about the Gaze, repetition, duplication and hysteria.’ 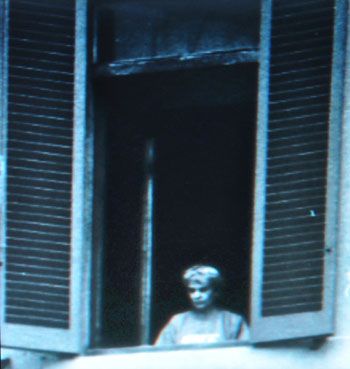 We spent the morning clearing copious amounts of plaster, clay and silicon off various surfaces in the Project Space – perhaps a sign of the enthusiastic activity generated by Desmond Brett’s Silicon Casting Workshop at the weekend. The workshop was a full day of mould-making, punctuated by frenetic stirring, mixing, slopping and pummelling. Very satisfying. Perhaps two days would have been a better timespan though, as needless to say, no-one chose the simplicity of an orange to create a mould from (or should I say Mineola?) 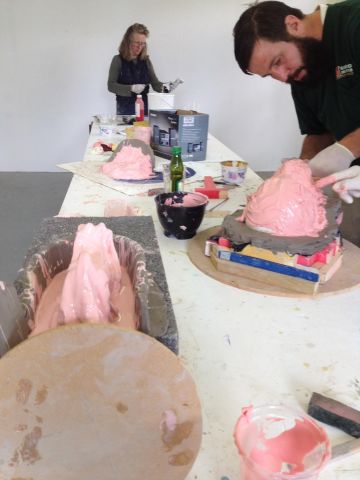 A good conversation last night with Desmond Brett and Lee Grandjean. The discussion ranged back and forth but focussed initially on drawing within sculpture and sculptural drawing and perhaps the bits in between. It seems the two invited speakers are both somewhat at transition points within their work, which led to a fascinating insight into process and the physicality of stuff. Lee spoke about his impetus within new work he is creating for a show at The Sainsbury Centre for the end of September. Desmond waved goodby to some of the more gestural pieces he has created recently, for instance in Cyprus, looking towards a (perhaps more cold climated) practice of more abstracted form jarring with surface and/or decoration. There were thoughts about the physicality of a studio space – a barn in a field of an itinerant sketchbook for a space – and about the relationship between drawing, sculptiure and material matter. A later, more confusing discussion ensued about the Scandinavian or more broadly Nordic Noir and which actors appear where.

We are preparing for Desmond Brett’s Artist Conversation with Lee Grandjean this evening. The talk marks Desmond’s residency at our space.

Desmond Brett took his BA and MA at the Slade, and has shown widely including in ‘Eastern Pavillions’, London and Outpost where he had a solo exhibition.

LEE GRANDJEAN has exhibited around the UK and Europe, and until recently was Senior Tutor in the Sculpture School at the Royal College of Art 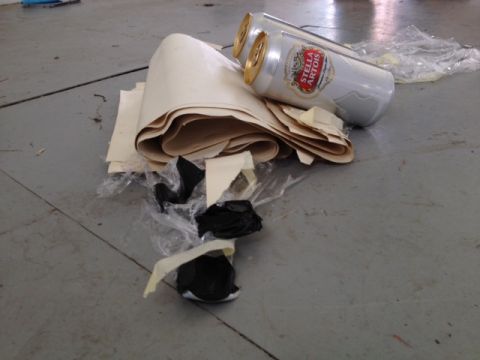 A sunny, peaceful day at the Project Space and Desmond is some days into his stint here. Sounds of hammering, dragging, sploshing and ripping from behind the shuttered windows. Lots of improvisation and an energetic process of making, undoing and remaking. 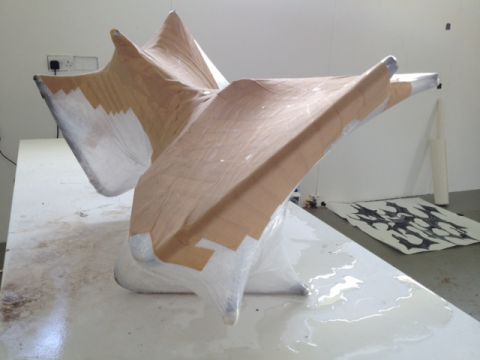