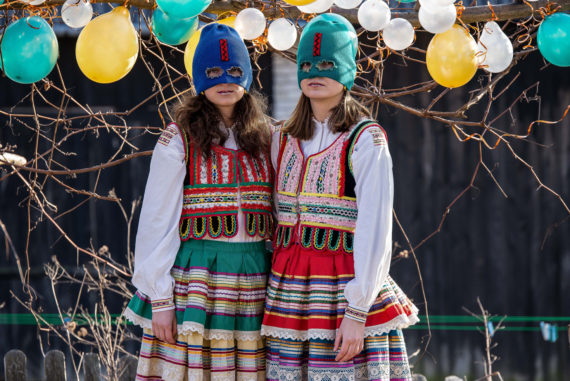 Katarzyna Perlak completed an MA at Slade School of Art in 2017. During her studies and since graduating, she has exhibited widely presenting video work and performances driven by extensive subject-specific archival research, as well as personal experiences as an “Eastern European queer subject”.

An a-n Artist Bursaries 2018 recipient, Perlak continues research into queering folk traditions in Eastern Europe, with queer utopias, the feminist perspective, and love among specific areas of interest. The bursary has enabled her to visit the archive at The Ethnographic Museum in Kraków and Uniwersytet Ludowy (University of Traditional Art and Craft) in Wola Sekowa, where she learned embroidery techniques.

As part of her feature on a-n’s Instagram feed, we have included posts exploring the artist’s 2016 video work Niolam Ja Se Kochaneczke, as well as ongoing investigations into collage.

Where does your interest in queer histories and identities come from?
It is very much connected to my own identity, and comes from my own personal experiences and memories as an Eastern European queer subject. I don’t see it so much an interest, but as a living experience, which I aim to translate into work that has an inter-subjective character, allowing others to access it. 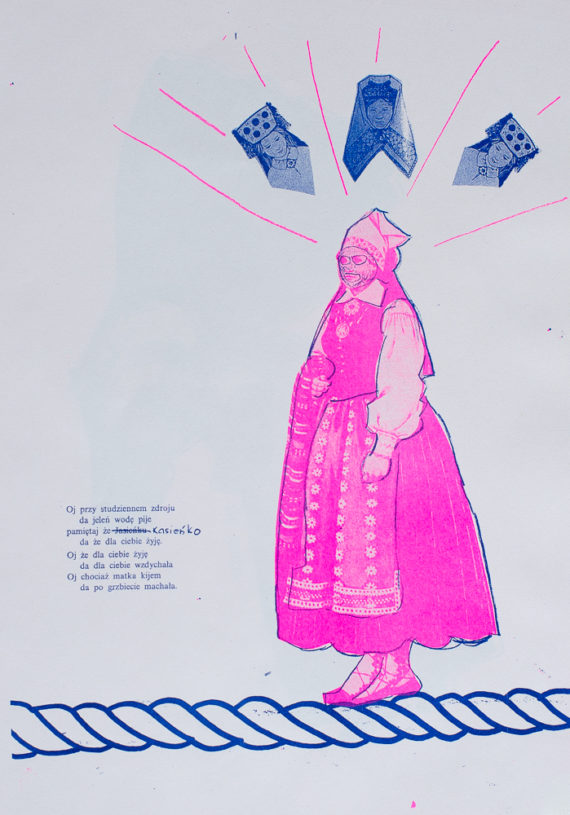 There are many artists applying queer and feminist readings to situations in their work. What is it that makes your approach different?
Instead of looking at the difference, I would acknowledge how much the methodologies employed in my work owe to generations of post-colonial, queer and feminist artists and thinkers. Particularly those working in the context of archives, history and heritage who are telling the histories that were never told, making the past visible and transforming the present and future. Practitioners such as The Black Audio Film Collective, Barbara Hammer and Collective Creativity (Evan Ifekoya, Raju Rage, Raisa Kabir, Rudy Loewe).

In working with archives I look at the affects of love, queer desire as well as vulnerability and shame. I am telling and historicising my personal histories, to tap into narratives other people experience. I am also interested in queering Eastern European heritage and tradition, by challenging the nationalistic ownership of narratives that built the idea of Eastern European identity. 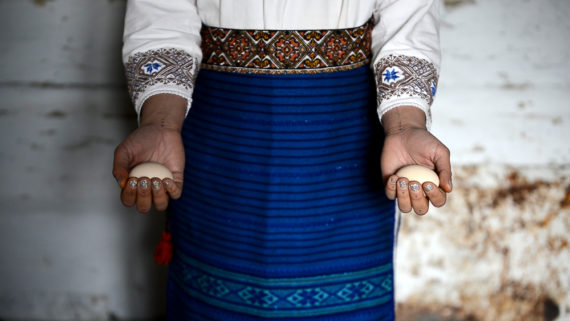 In Niolam Ja Se Kochaneczke you re-address folk stories and reclaim them to tell of queer love stories of the past. Location seems important in order for this to happen. What connection do you make between location and stories that can be placed within them?
In Niolam Ja Se Kochaneczke two folk songs are featured, one is a Polish song from the Roztocze area and the other one is a Lemkov song – representing the Lemkov ethnic group that lived between Poland and Ukraine, who were displaced after the Second World War in Operation Vistula. It was quite crucial for me to shoot the videos in the area where the songs came from, the first one in Sredniowka, the second in Wola Sekowa.

I was lucky to be able to shoot in the old traditional houses that hold these histories. One of them in fact was the only house in the entire village not burnt during the Operation Vistula – a brutal method used to stop the Lemkov community from returning. Migrant narratives also constitute an important aspect of this work.

Can you explain more about your interest in film, particularly Super 8 film, and the dialogue it can have with HD video when edited together? Do you see it as a form of collage?
Around the time of making Niolam Ja Se Kochaneczke I was influenced by theorists and artists related to the Documentary Turn such as Hito Steyerl and Anri Sala, and Ilya and Emilia Kabakov who were reinventing propaganda films through fictional documentaries and meta-documentaries.

By combining Super 8 with HD footage, and having the protagonist filming the viewer, I was referring to meta-documentaries that reflect on how archives are constructed. I wanted the protagonist to use the camera themselves, to hold the camera and explore self-representation.

I am interested in making collages in moving image form for a new work I am developing. But didn’t particularly think about Niolam Ja Se Kochaneczke in this way. But, as cutting and pasting is so much in the heart of both video edit and collage, there are some links there for sure. 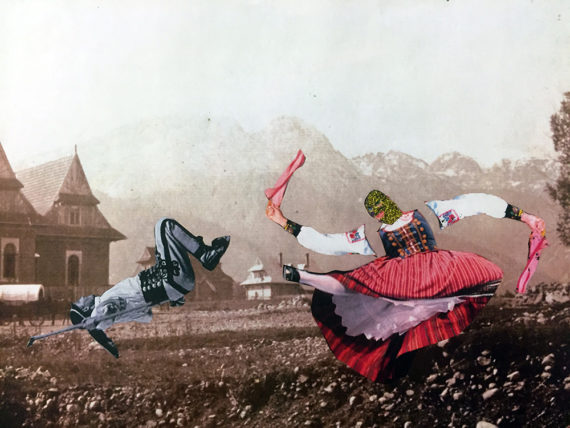 Katarzyna Perlak is the current featured a-n blogger at
www.instagram.com/anartistsinfo