So its technology that usually brings us new periods and epochs. Will 'GREEN' technologies, sustainability, carbon neutral and renweable energy sources bring a new age..Post postmodern. Neomodern or Ecomodern.

An age where consumption has no status? Now… its all about how Big is your fridge? You need cars, more than one and big ones, mind. TV's you need them big an'all, all over your house. The further away your holidays the better. Lighting in the garden and if you dont have patio heaters then the neighbours start talking!

So the economy needs us all to buy this stuff, so people have jobs and the world goes round. Growth.

Consumer and consumption, I dont see it changing. Can staus be measured by something else?

It's a rare thing for Cosmo to give ground to other large alpha male dogs, in fact he does'nt (usually it's just the one particular Alsation and once or twice I have had to do my impression of a ref seperating the fighters in a heavyweight boxing match). But today a Giant Shnauzer made him retreat very hastilly. Then Cosmo stood his ground and decided to see what was coming?…and make a stand…..Just some sniffing of the niffy parts of a dogs anatomy. No violence, no noise just a stiff posturing. It was not as bad as I thought it was going to be. In fact it was not bad at all. I hope Cosmo saw it that way as well.

Perhaps things seem worse than they are, and things will work out just fine.

I have bewilderd myself today.

I created an alphabet which describes these dog walks. Kind of symbols like letters which you could spell out the weeks dogs walks with!

No one exept me could read it or understand the places and events they represent. So why have I done it? I dont know, and I spent a lot of the day reading, trying to place the exercise in some kind of context. This was hopeless.

I have tried again to understand what postmodernism is, or does and can't. Tried to see what was Modern to become Postmodern?

Consumption and Consumerism, theres a pair with a lot to answer for, I am sure they are involved.

If you were an African tribesman, or a Native American Indian and you wanted to kill a buffalo or wilderbeast or something, that's OK, if you need anything, big or small from nature, you can take it. But you must give something back to nature in return!

Reckon nature's been lending to the sub-prime market then!

A classic walk with Cos today it had everything:

A short chat with someone I almost knew from somewhere else. Whose youngest sibling had just been knocked over by a dog!

A chat 5 minutes later with the owners of the dog (called Dylan) who had knocked the child down. Cos and Dylan played high tempo, while we chatted.

That….. I'm a bit lost in the woods feel, as it got dark. (we never get really lost)

Great landscape all around and ideas for developing that art I never do.

While I have been writing this blog I been drawing as well see, and started an interesting little project which sees me doing art for my own creative reasons. Not commissioned no money, just me doing art because I have the time. Now tommorrow is Monday and everyone will be back to work, so the little holiday will be over and I'll be jumping to the paymasters tunes. Secretly I am hoping that it will be too cold in Stoke to install my mosaic. This is a double edged wish, as it would enable me to carry on with my little art games, but no doubt encroach into another of my projects later. Kind of like the congested fixture list that Arsene Wenger complains about every season after Xmas. 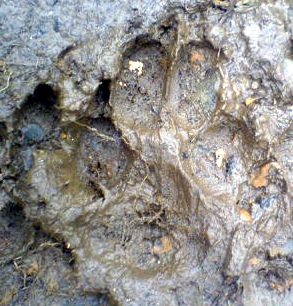 What is time based art?

Is it to do with exposure length.

Implies photography, video of a performance piece? Or video of something growing all speeded up like a tulip in 12 seconds? Does it involve computers..say.

The languge of art eh..rubbish. I reckon exposure is the key word.

Is Richard Long walking around a lake chucking a stick and picking up a stone throwing that and then picking up a fox scull etc? Is that time based art? I think it might be…I believe Robert Motherwell's 'Ellergies' are time based as well. I think he painted even more than 150 actually. Are aboriginal patterns depicting 'the dreamtime' which is both past and present in the same picure…wow that is time based or what.

Is me walking along the shore line everyday with Cos and sketching the turbines of the wind farm and creating a map for each walk,for say 30 days… thats 30 maps responding to the landscape we are passing through.

Is that a time based piece of work?

If you throw a pebble hard enough it creates a spark when it hits another pebble or the concrete sea defence wall. You cant see it in the daytime, but if you do at night you can.

A woods walk I think is Cosmo's favouite. Every single minute of these walks are packed with intensity for Cos. Total immersion into a world of doggy instincts and behaviour. These have been latent and dormont since the last walk. Information gathering is what he is doing very effectivly.

Robert Motherwell painted about 150 versions of his 'Elergy to the Spanish Republic'. I love that. An image he worked on repeatedly over alot of his life. Something constant and core to his work.

Now I have walked with Cos alot more than a hundred and fifty times and will probably continue to walk with him for about 3650 more times. So if I did one dog walk drawing a day I would build up quite a body of work? er…………….whatever! See what I mean about thinking art not doing it?