We went to the woods this evening. One of the usual walks you know. Cosmo is a gun dog as he is part golden retriever I dont know if poodles are french gun dogs they might be? Anyway Cosmo is solid gone man….that place he goes..those places in and out the undergrowth, through the bushes, looking, investigating, checking things out, going back and and checking them again. Looking for stoats, birds, squirrels or foxes. I will never know, but he’s really focused in his searching.

Then an acorn hits the floor!

He stops dead, he’s heard it at 30 paces ears slightly raised and head movements like Tango Dancers on Strictly.

……there’s…………a feckin ………..rabbit been over here and I’m leggin it after him. He dissapears…. rushes into the woodland….. and 20 seconds later he’s trotting down the path towards me.

And so it goes on. Never catches anything, never dissapointed, allways looking though.

Me, I got my head phones on Listening to my favourite track. I’ve only got about 5 tracks in there. But this one is special. Ghosts Calling. You could describe it as orchestral…its abororiginal didge, a snare drum with wishy washy sound and these clicky sticks. Fantasic in the woods. It is just totally fluid and I’m solid gone an all. The noises from the didge are the animals Cosmo is looking for and I’m flicking my fingers in time with the clicky sticks. It fits with the woods perfectly, if I made videos it would be the start of something. If you played it in Picadilly Circus it would be rubbish, it needs the woods.

Then smashing in my head at higher volume is Rock Star by Nickelback, the contrast is unbearable. And the culture shock between the life styles that relate to these two types of music is shattering me. 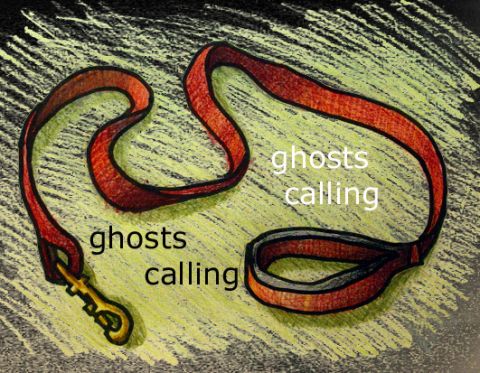 The town…..Whitstable. A town where the high street is so narrow a bus going one way and a car going the other can sometimes cause a bit of a cufufle. The vast majority of the shops are independant with seaside bricka-brack, baskets of stuff hanging everywhere, ice creams, 2nd hand books, cafes, unusual clothes shops with womens swimming costumes with German Junkers 88 with the bomb doors open printed on? Just a visual fest reminisant of Camden or Carnaby St in the old days. I saw a sandwich board on the pavement with a plastic crab nailed to it. Bright nylon fluttering kites, a cyclist wearing a very recognisable Heinz Beans 57 varieties shirt. People so big, I dont know how they get in their clothes, a woman following us wearing a pair of flourescant lime green crocs. Galleries, cds, sea food, and a plastic braclets for £13.

As it turns out all Cosmo is interested in are lamp posts! A small wooden planter on the pavement with a bush in. Corners of walls or buildings where the down pipe discharges water onto the pavement. The whole plethera of ‘Stuff’ just no interest what so ever.

Even a live Hank Marvin tribute Ghost Riders in the Sky belting out from the cafe over the harbour quay where I had the ‘Famous’ findus fish finger and tartre sauce sandwhich failed to have any impact and he waited patiently for us to finish our coffees.

Short changed or what. 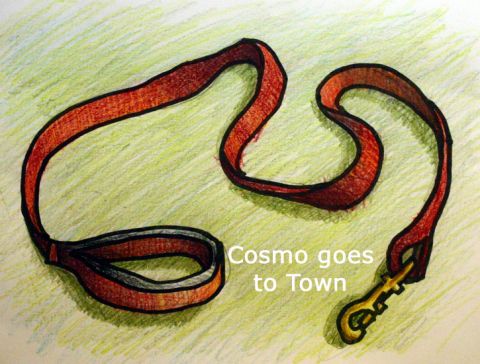 Sadley, I have to say again Cosmo has had another couple of run ins with Sid. On the last occasion I found myself putting Cosmo on his lead as I saw Sid advancing. Sid tears in and I am trying to protect Cosmo, but really I’m hampering him cos he’s on the lead and Sid is as mobile as he needs to be. Cosmo fights back and I can see Sids owner coming up. So I do my best to keep them apart.

Now Cosmo is making a wimpering noise I have never heard him make before as Sid is eventually put on his lead. What I wanted to do was grab Sid and let Cosmo do his worst, but somehow the unwriten dog ownership rules don’t allow that. So I have to hold Cosmo back while Sid does his worst. A kind of showing the other dog owner that I tried to hold Cosmo in check.

Now Cosmo has been worn down by Sids relentless agression towards him. I believe the wimpering sounds were not because he was bitten or bleeding, but because he just wants peace, and the wimpering is a surrender signal.

This is Cosmo’s retribution for running amock in Sids front garden chasing chickens.

I feel sorry for Cosmo, as this is like a constant ongoing fight with the school bully. Something I can relate to.

Sids owners were very appologetic and we disscussed it at some length. May be I’m over sensitive on Cosmo’s behalf, but its spoiling my dog walks.

The woods are big enough to go somewhere else. 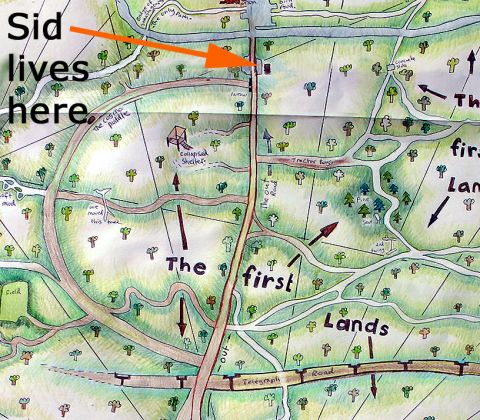 Thinking in words or language and thinking through making?

Have you noticed how Andrew Bryant drops these little incedurary devices into peoples blogs? (Not a critisism Andrew, an observation) made me think hard.

But can I just say: I thought about ‘Little Hans’ on the walk with Cosmo this evening and I dont believe ‘Little Hans’ needed the theory I think Sigmund Freud needed it!

Claire says its joined up and the result is a finished creation, with which I agree ….and thinking when making is definatley different from other stages in the process.

‘Thinking through making’ does that actually make sence? Thinking whilst making does. Thinking when making is often a tactile thing…what consistacy is the cement.. too stiff? How much preasure is required to bend that…not enough pull it harder.. how dry is that now and how dry will it be in about 10 minutes? physical repsonces not words. Some kind of technical tacit knowladge is gained and automatic in its delivery. Testing things to see if they do what you want is what goes on.

Thinking before making, ‘designing’ is just pretty free-form in its conection from one thing to another to form ideas. It is a visual way of thinking using an eye that works in your head to produce relevant visuals but some about using words as well. Does it really become about words when you need to explain to someone else what your going to do. If you dont have to justify what your doing to anyone the language part never gets developed as the creator does not need to sharpen it, they can work with their instincts and intuition?

Another thing is: does language develop your ideas and take them further? yes I’m sure it does, but I think what really develops ideas are new experiences. Once you’ve perfected your language about what you do, time has gone by and you want to do something different and your stuck with your mantra. Change, new things, stimulas these are the things which create ideas.

Why did Marc Rothco commit suicide? Was it because he was forced to paint Marc Rothco’s all the time?

Sorry if I’m rambling, it was an extra long dog walk this evening. To Cosmo’s benifit if no one else’s. 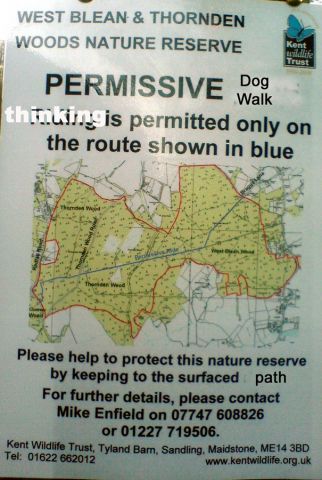 These are some of the places I walk with Cosmo. They need new maps because preparation for the arrival of the cattle has changed the woodland alot. ‘Scandinavia’ is almost unrecoisable now.