I had to leave a note with my name and mobile phone no.

Do you remember Sid the Shnowser from an earlier post. It happened in their garden.

I was with my wife and ending our woodland dogwalk and we were passing the front garden of Sid's house and Cosmo gets all alert and perky as he becomes excited, because there are chickens in the front garden.

There is a stout new fence with well stapled wire to keep these chickens in and other animals out. So we are not bothered.

But Cosmo legs it through the wide open front gate and into a cluster of about 8 chickens. He chases them round the garden under bushes and over a low fence. I rushed in shouting and it was pandamonium. Chicken feathers started blowing in wind and Cosmo has got one in his mouth!

As it turned out this chicken managed to run under some decking when Cosmo droped it. and I was able to put him on the lead.

My wife put him in the car and I knocked on the door and explained we had a bit of a to-do with chickens and the one under the decking here looks traumered at best.

The guy was not the owner of the property or the chickens, they were out at the moment and he said 'Its only a chicken' and was completely unimpressed. I left a note with my contact details if the owners wonder what's up with their chicken they can contact me.

We laughed all the way home in the car as we said that every time Cosmo goes past Sids house in the future he will say to himself 'you didnt show up when I had your chickens did you' and piss loudley on the gate post.

Its a shocker though enit!

The reason I like walking in the woods with Cosmo is the fact that I am in a world with aboslutley no human contact. The woods live as do the animals in it without human help. Things are controlled by nature and human needs and desires are absent. I am in some other realm non human. Cosmo's world. He totally involved in it, all his senses are alive and he is busy doing dog stuff.

Me, I wander and meander around with a way about me that is the exactly the same as when you walk around a catherdral and dont quite get or understand what your looking at but it envelops you totally.

There is green, it is like the air is green. Last week there was a white carpet of flowers, this weeks it is blue. Walking through carpets of blue bells that like walking though water. The water you get in the land of adverts and fairytales.

Then you get to the area where the plant machinery is left ready for Mondays work, and the signs start jumpimg out telling you what to do and the humans are back.

I can feel a map/diagram thing coming on.

This evening Cosmo found a dead fish on the beach……he enjoys a dead fish, but today he did actually 'Leave it'. Most times he runs off and scoffes it. This used to anoy both me and my wife, but dogs are scavengers and that is kind of their reason given to them by nature.

This is something I can not change without training the dog so much that it is unatural. I am not prepared to do this as Cosmo is a constant link and reminder of the natural world to me.

I came across the term 'Muted Totemic Memory' on tinternet today, turns out somone at Yale University wrote a whole 27 page paper about! I could not read all of it, but what a great thing to have identified. I love aboriginal and native american cultures they seem so much more sound than ours. They are both Totemic societies. Western society this paper says is unable to include human activity and culture as natural. We have lost the ability to reference ourselves as part of the rest of the natural world, unable to see ourselves as natural creatures at all, that also live in a world with other animals and species. The result of this is the environmental mix up we find ourselves trying to understand and can not deal with.

Bang On Annabelle Sabloff (she is the author of this paper). 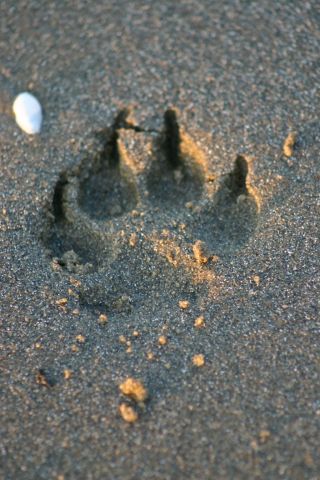 The Death of Painting?

Will history show us that this is true?

Can it really be so, or just out of fashion for a while. I trained as a painter at St. Martins. Later I learnt loads of stuff about pigments and binders. I even painted a freso in a museum once. I had to weave willow and make a partition wall then mixed horse hair with my mortor and did all those layers and lime putty. It was a cut away display revealing the layers of construction including the top pigmented layer.

I love painting materials the pigments. I love making images, and painting them is the initial reaction…but oh yeh, paintings dead. I will have to find another medium. This is what I have done for over twenty years now.

But should I explore it again, but here's the thing.. An inbuilt guidence system in me says 'Its a waste of time'. 'You had to throw away a skip full of paintings because you had nowhere to keep them'. This is true I did. They are bulky serve no purpose and waste time producing them when efforts could be made doing something to ern money instead.

Painting is still there. It can show and commontate on our world, just like other techno media. What might have really changed is that collectors used to buy them and hide them in collections. That was the destiny of a good painting. Does that still happen or are paintings suposed to be out there for all to see on, or in public buildings, or are they like a pre war collection of personel writings, revealing inner worlds and stored away in dusty places. Painting is a thing with no place, abit like the Palistinian People……… destined to be, but where? 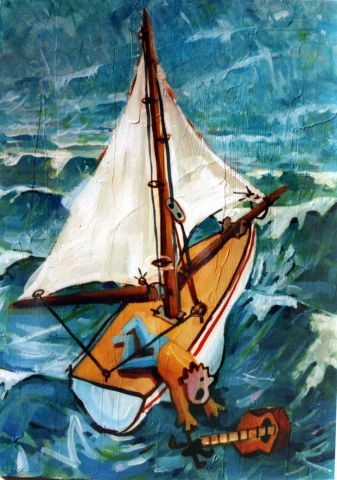 Recently I found the set of headphones for my mobile phone and these activate the radio in my phone. This has radically changed the nature of dog walking. Before I would to talk to anyone about anything however mundane and enjoyed the trivialness of it.

Now I walk along listening and keep my head down. Totaly insular and avoid contact at all costs, other people are just a such a drag in my new world.

Listening about the poet laurette Andrew Motion talking about writing poetry to commission as part of his duty as poet laurette. The poems he says are no lesser for being commissioned, he is just as sincere about them and they contain as much of him as his non commissioned poems. The only thing being he would not have chosen to write about these things.

This is me and my public art work, exactly the same, only I rarely produce non commisioned work anymore. Well sometimes when I have time I make things which are kind of hybrid map/diagram things. I dont know what they are? All you artists out there probably feel quite comfortable with producing stuff, and develop things with intelect and it moves along ok.

I have this thing where I cant understand what comes out? It is not going to contribute financialy to bringing home the bacon I understand that.

And painting? This is the greatest thing for exploring ones own inner world, but what can paintings do in todays technodigital inter connected user generated content world of e this and i that. Twittering, Flickering HD blue ray Hooray. 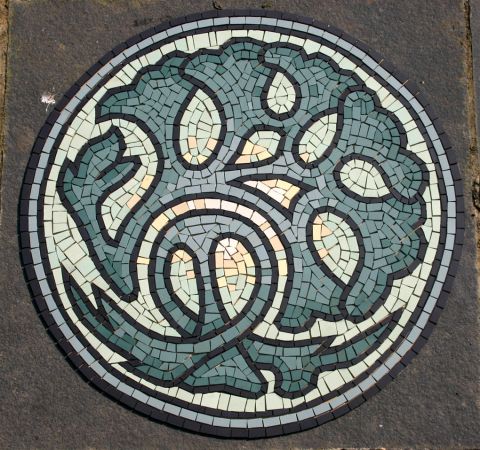