Whereas my last studio was too cold and poorly insulated, my new space is too hot due to lack of ventilation!

Having come in early in the morning the space was unbelievably humid and totally non-conducive to art making. Not to be deterred, I decided to move my materials outside and work there instead – an interesting proposition in light of previous discussions which site the importance of the studio as a containing space.

Relative to last week, my studio session today felt sluggish. The scope of my activities was limited to shredding, gluing and winding paper into reels as part of a series sculptural forms that are inspired by Bion’s theory of containment. It’s a production process that I’ve become well-versed in even though it feels somewhat repetitive and unvaried. I started to wonder why am I doing this?

Subsequently in watching What Do Artists Do All Day? and hearing Cornelia Parker’s own rationale for being an artist; and the contentious relationship between work and play, I started to consider my own approach to art making. Hence should the business of making art always be fun or; does being an artist, imply that fun and intuitiveness are always tempered by other external factors (e.g. material costs, time restraints/ deadlines, the availability of equipment, other commercial pressures….etc)?

‘My theory about why I’m an artist and why I do what I do is play was a guilty pleasure and so I think I’ve chosen a career where play is ok although it’s hard work. It’s as if work and play are very conflated in my work’

…. The relationship between work and play within the context of art practice is definitely worth revisiting. Moreover why might notions of play be pertinent to art therapy as well?

After a momentary interval I find myself in an altogether different studio space in Elephant and Castle, London. Having arrived early on a Monday morning I struggle to negotiate my new set of keys and the myriad of padlocks, doors and shutters before eventually entering into the building. The space itself is quite basic – a box room complete with carpets and a strip light for illumination. The windows have been boarded up but one of the other artists has fashioned a small shutter allowing for the option of natural light. Having met with some of the artists based there I feel this could be the potential for striking up friendships and peer-mentoring although I feel this will largely be dependant on me and how often I can get into London both during the week and on a weekend. Subsequently knowing that I’ll only be here for a few months; and having been at [email protected] for 6 months, my thoughts turn to finding somewhere more permanent. At this time the floor of my studio space is peppered with half-opened boxes which can be packed away and moved at moments notice. Although I’d love to be able to put roots down somewhere and have a permanent space where I could repaint the walls and bring in my own furniture. Feeling slightly nomadic at the moment and thinking about September when I’ll have to contend with the thought of moving elsewhere (again). I’ve also been struck by innate ability; particularly as an artist, to accumulate stuff and would be interested to know how other artists have circumnavigated the tricky business of storage. 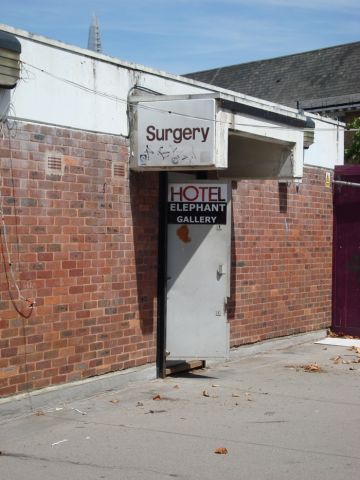