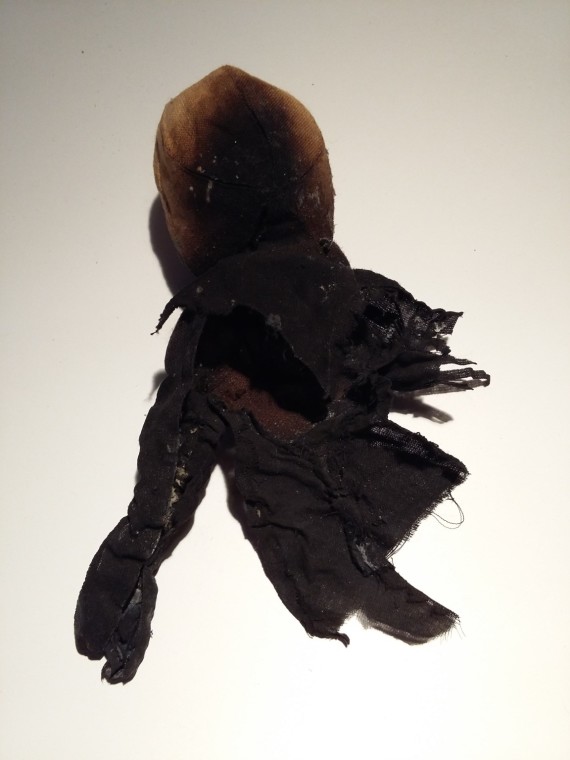 I recently watched Artsnight, presented by the artist Ryan Gander, in which he spoke about the origins of creativity and the phenomenon of ‘positive jealousy’ that is a characteristic of conversations between artists sharing their ideas (2016). In Gander’s description, it’s when you see someone else’s art work and it actively inspires you to go back to your own studio or home to work harder at your own practice. Similarly, I would describe that within our own peer mentoring group, there is a lot of positive peer pressure in that we as individual artists are very good at gently nudging one another to try new things or persevere with others. For instance, we regularly recommend books or other texts to another, suggest exhibitions that we should go see or make timely connections between theory and practice that link our output as artists to our personal and professional experiences of therapy. It is also of encouragement to hear about others in the group applying to do the Art Therapy MA, having mentioned it in previous meetings, and then being able to weigh up the pros and cons amongst others who have already done the training.

Having started the peer mentoring group in September, we’ve recently had our fourth meeting together. The turnout was smaller than usual – just three of us. Given the smallness of the group, we only had one artist presenting – Rachel Bayley, who brought a series of images detailing new work she had started developing about dolls, though she was uncertain about why she was making them and how she’d like to develop them further. Rachel’s work is often hand-made, evolving slowly, sometimes over many years. However, within the group, she spoke about how making work in this way can often be a frustration as the process doesn’t afford a lot of scope for experimentation and spontaneity.

To these ends she spoke about becoming less precious about these objects, subjecting them to processes that would ultimately damage or degrade them over time. For instance, one of her images showed a blackened, charred doll that had been set on fire whereas other dolls were exposed to rust. She showed images of dolls that had been filled with sand, to the point of bursting, and in the group we speculated about what would happen if they were buried. In thinking about the various trials that these dolls were put through, Rachel drew comparisons with alchemy and the assertion of Jung that these processes – burning, mixing, firing, was not unlike the experience of being in therapy. As Karen Huckvale points out:

‘In exploring the psychological processes involved in becoming one’s most complete Self – individuating – Jung identified and elucidated many parallels between the physical work of the traditional alchemist and the psychological work of therapy. Alchemy was a series of chemical experiments in a laboratory working to turn base metal into actual gold, and also a psychological process. In both cases the process involves active physical work to transmute ordinary, basic material into a highly precious and valuable one.’

The alchemical process is usually marked by seven stages: calcination, dissolution, separation, conjunction, fermentation, distillation, coagulation. Whilst it is difficult to explain these various processes in any great detail here, it’s important to point out that alchemical transformation begins with calcination. This involves working with fire to burn away mental constructs and reveal a person’s true essence, a process of refinement.

What interested me about Rachel’s work were the parallels with my own practice. Primarily, looking at these bulging figures reminded me of my own use of the body within a lot of my artwork, both in animated works and recent sculptural pieces. This sparked a lively discussion about the body as container – a topic that I often find myself returning to in this blog due to the connotations that containment has within the therapeutic encounter. In talking these ideas through I was reminded of an article called Second Skin by Esther Bick, a text that I had been introduced to whilst on my training. The article details the functions of the skin as a primary boundary and its importance in early object relations. Rachel was familiar with the paper, though talking about it made me want to re-read it because of its relevance to my own art making.

What also interested me about Rachel’s work was the juxtaposition between taking a lot of time and care with something (i.e. making the dolls), only to subject them to destructive processes that they may not survive. There was a sense of ambivalence about these activities, especially as dolls are typically objects that are looked after and cared for. Sifting through her research, she also shared a fragment of text by Luce Irigaray which has fascinated her for years – about using a doll as an object to be exchanged between mother and daughter to remind them of their difference and separateness.

‘Between mother and daughter, interpose small handmade objects to make up for losses of spatial identity, for intrusions into personal space’

Rachel also spoke about her doll collections growing up and how her relationship with these objects has changed as she has become older.

Following on from this discussion, it would be good to revisit how these ideas develop over the course of this year. For more information about Rachel’s art practice go to:  www.quietmedusa.com or https://www.a-n.co.uk/blogs/an-artist-life-of-my-own

In addition, I also shared with the group that I had recommitted myself to writing a dream journal. As yet I don’t know what use I’ll have for this journal, or whether it will translate to art making. I was however encouraged to look into social dreaming – a method by which dreams are voiced amongst large group of participants and expanded upon collectively through the free associations that others might have. Extrapolating the meanings of dreams in this way echoes ideas raised in my previous blog relating to Susan Hiller’s Dream Mapping artwork. Most recently, my inclination to dream, and to remember dream content, seems stifled. Perhaps this is a mental preoccupation with other things upon waking. However, in addition to social dreaming, I’m also left wondering what other factors may help or hinder one’s conception and recollection of dreams.