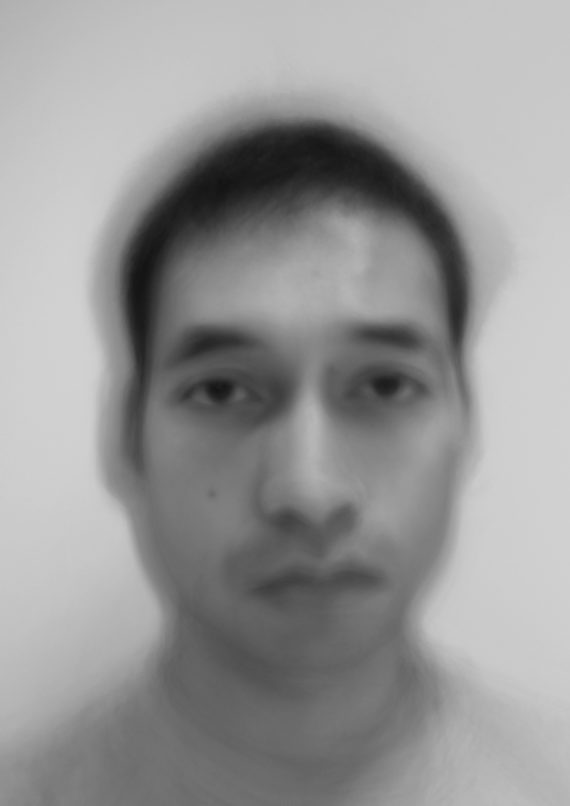 My current work seems to be about the insufficiency of self-portraiture to capture someone’s true likeness. The images of myself are only partial. From briefly glancing at them, I wonder what assumptions or judgements someone might make about me?

Linked to this question is also the theme of memory and how people are remembered in the minds of others. 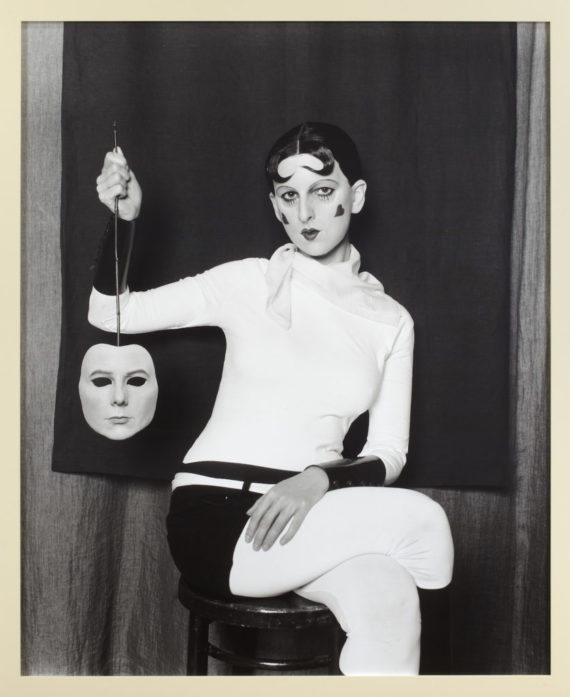 “Under this mask, another mask. I will never finish removing all these faces.”

I recently went to see the Gillian Wearing and Claude Cahun: Behind the Mask, Another Mask at the National Portrait Gallery. This exhibition brings together work from the French artist, Claude Cahun and British contemporary artist, Gillian Wearing. Although they were born almost seventy years apart and came from different backgrounds, remarkable parallels can be drawn between the two artists, most notably a fascination with self-portraiture (2017).

I thought that the exhibition would be relevant to my own preoccupation with identity and self-portraiture. Prior to seeing the exhibition, I was familiar with the video and photographic work of Wearing although less so with Cahun. Within my own practice, I have increasingly employed photography as a means of making sense of my own identity. In these images, my facial expression is always expressionless (deadpan), like a passport photograph. Cahun and Wearing’s approach to self-portraiture is far more playful and performative in origin. This is best exemplified in Wearing’s Dancing in Peckham (1994) in which the artist dances publicly in a shopping arcade in South London, seemingly without music or inhibition. The same could be said of Cahun who is not averse to masquerading as different personas or roles. In one photograph entitled I Am in Training Don’t Kiss Me (c.1927), Cahun poses as a strong man with painted face and lips with a fake barbell resting across her lap. Wearing emulates Cahun in her own version of this image, entitled Me as Cahun Holding a Mask of My Face (2012).

Gender subversion features frequently in both artist’s work, particularly in the photographs of Cahun who is often cast as an androgynous figure with short, cropped hair and masculine clothes. I was especially struck by Self-Portrait (Reflected Image in Mirror with Checkered Jacket) (c.1928) whereby a boyish-looking Cahun standing by a mirror casting a curious reflection of 2 individuals standing next to one another, an allusion to her own duality. Cahun described herself as ‘neuter’, putting herself outside the usual categories of gender. Her adopted name, ‘Claude’ is also one of the few names in French that can be used for women and men with the same spelling and pronunciation (Emelife, 2016).

Something else that sets Wearing and Cahun’s work apart from my own is their penchant for masks and masquerade. Wearing is well known for her use of masks within her photographs. For her, the mask becomes a substitute for the past self that was once there, although the difficulty in tracing this person suggests the complexity of fixed identities. Wearing has previously worn masks to pose as earlier versions of herself and even different members of her family (see Album series). Wearing’s first masks were rigid and made of hard plastic whereas her most recent masks are made of silicone which, although more prone to tear, are certainly more life-like.

If there is a thematic link between Wearing and Cahun’s respective practices and my own it is perhaps a curiosity with the transient nature of life and the effects of time. Within the blog I have previously spoken about the term ‘palimpsest’, which means something reused or altered but still bearing visible traces of its earlier form. Walking around the exhibition, I started to see parallels with my own work, most notably through the hundreds of images she’s taken of herself in her series My Polaroid Year 1988-2005 or in the bizarre Me as a Clock (1990), in which the hands of time pass across a blurred self-portrait as a literal reminder of the ageing process. The final room functions as both a memorial to Cahun and memento mori to Wearing. As Celia White describes:

‘An entire wall is covered with Wearing’s Rock ’n’ Roll 70 Wallpaper (2015-16), featuring computer-generated and constructed scenes showing the artist as she imagines she might age, along with Rock ’n’ Roll 70 (2015), a triptych showing Wearing at 50, Wearing as she imagines she might look at 70, and a space for an actual photograph of her 70-year-old self to be added in 2034’.

Cahun’s allusions to time are equally macabre, reflecting her own ill health and eventual death at the of age of sixty. Within one of her later photographs, she adopts the guise of an angel in the graveyard where she would later be buried. Wearing pays homage to the late artist in the chilling Cahun’s Grave (2015) in which drapes herself over Cahun’s gravestone, her face shrouded in black material.

As these descriptions suggest, there are definite correlations between the work of Wearing and Cahun in this exhibition. However, I feel as though it is Wearing’s work that grabs the greatest attention. Cahun’s photographs seem to mainly to supplement the work of Wearing, but this does not overtly detract from my enjoyment of the show. The multiplicity of masks and disguises that Wearing adopts are wonderfully disorienting; an effect only heightened by the exhibition’s lack of printed literature, to be able to discern the two artists. Wearing manages to ape Cahun, her heroes, her family and even herself. Even when you see a rare unmasked picture of the artist (in the final room), you become distrustful as to whether it’s actually her. You start to question whether the picture you have in your head of the artist is accurate and to what extent has she aged. I was half-tempted to google search ‘Gillian Wearing’ just to be sure of what she looks like now! As you can imagine, I came away from the exhibition feeling very confused, but in a good way.