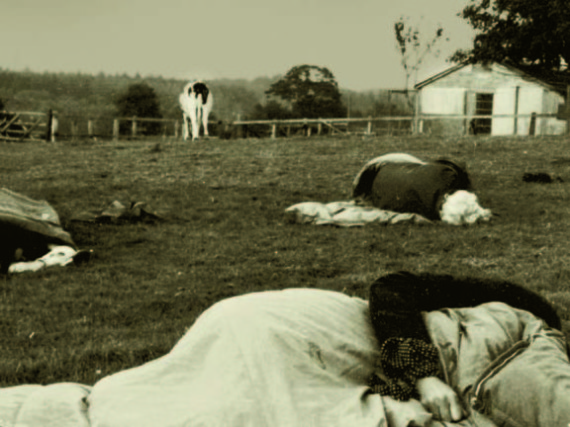 Last month, I had the opportunity to go to the Wellcome Trust to see States of Mind: Tracing the Edges of Consciousness. I thought that attending this exhibition would aid my own art practice as it is often influenced by my preoccupation with the conscious and unconscious mind.

Particular highlights of the exhibition included artistic explorations of the body/mind split and the theory of dualism – the conceptual division of something into two opposed or contrasted aspects. Historically, from a psychological perspective, the mind and body were thought to function separately, without interchange.  We were given the opportunity to engage with artworks such as William Blake’s The Soul hovering over the Body reluctantly parting with Life, which I found particularly ominous and indicative of Blake’s own spirituality.  It is interesting to consider how this division between the mind and body has been so disputed in the medical field that it raises serious ethical questions, such as how best to treat coma patients.

I was also interested in how the exhibition explored how our brain activity increases, whilst asleep, even though our perception is largely reduced. As you can imagine, a large portion of the exhibit tackled the phenomenon of dreams. This ranged from folklores that try to offer a framework for where dreams come from, and what they mean, to sleep disorders such as sleep walking and sleep paralysis.

Dreams have always fascinated me and during my studies I was encouraged to keep a dream journal, an initiative that was inspired by Jung. Jung was also a direct influence on many of the early art therapists as he acknowledged the capacity of image-making to link conscious and unconscious material. During his own self-analysis, Jung had drawn and painted his own visions and dreams and he encouraged his patients do to likewise (Storr, 1973: 115).

In thinking about journalling my dreams I was also reminded of visual artists who have explored dream phenomena as a preoccupation within their own practice. In Susan Hiller’s ‘Dream Mapping’ for example, the artist invited seven individuals to sleep for three nights inside “fairy rings” in an English meadow marked by an abundance of circles formed naturally by Marasmius oreades mushrooms, a landscape feature that occurs in a number of British folk myths (Hiller, 2012). The field became a site for dream experiences participants were encouraged to discuss and map their dreams the following morning. With this in mind, I feel encouraged to recommit myself to the discipline of journalling my own dreams – initially through written notes. Whilst I have done this previously, for short periods of time, I wonder what might be gleaned from making this a routine practice that I do every day for a year (or even longer).