So, I finally have a title for the project…. Encountering Place. Having been a nomad much of my life, the idea of a sense of place, which the Festival is built around, is a bit alien to me. I’ve never felt really local to anywhere or even had a really strong bond to a particular place. I do get attached to places, though mainly because of the people who are there.

Lots of tidying up still needed but I am keeping the idea of the split screen… the rest might still change a lot. 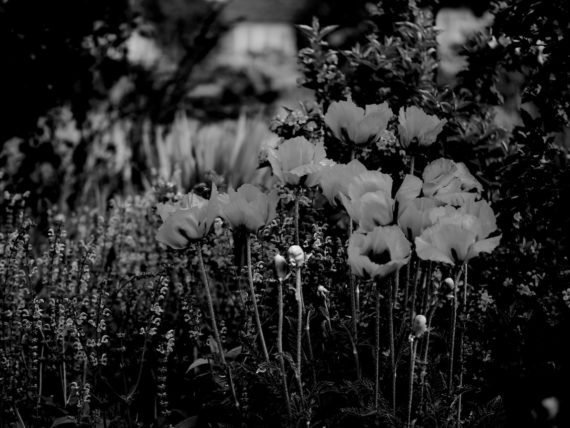 In the broadcast and the lecture, heterotopias are defined as sites which are embedded in aspects and stages of our lives and which somehow mirror and at the same time distort, unsettle or invert other spaces. From http://www.heterotopiastudies.com/whats-it-about/

Summer has disappeared and I am at my desk shivering after a wet cold walk with the dog! Maybe it is a good thing as I have decided to edit the film today and tomorrow.

This is last week’s charcoal drawing done in the shade while enjoying the warmth of the sun. I’ve popped in a photo of the view too, for fun. I promise the drawing was done from observation and not from the photo. 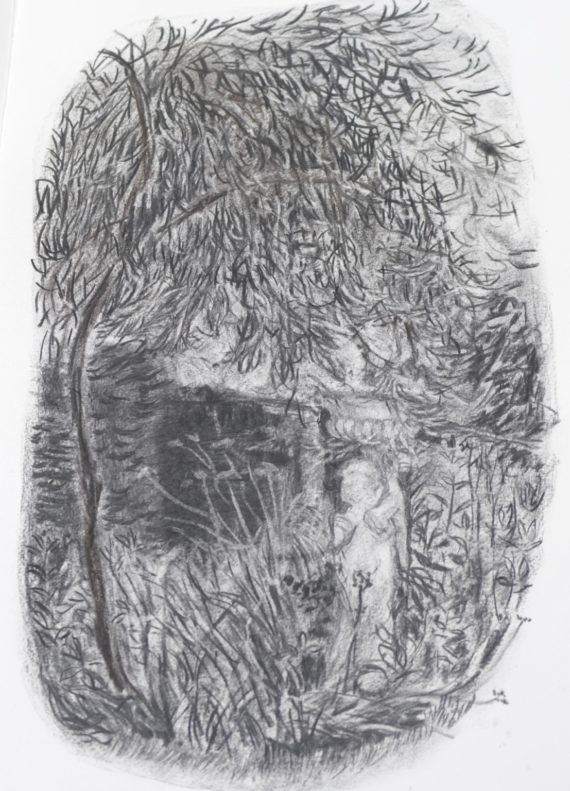 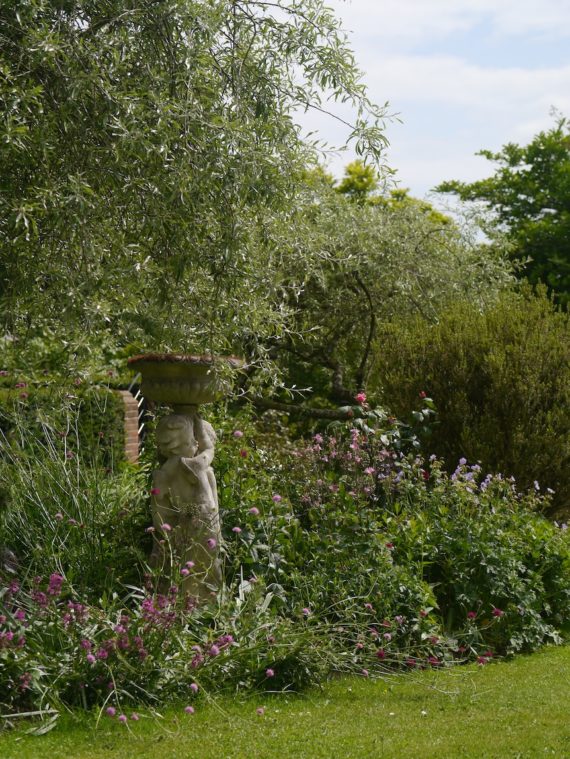 I showed three of the monoprints at the Dover Printfest as I wanted to get some feedback and one comment was that I need to sign them – maybe in the bottom right corner away from the image. If any readers have any views on that I’d welcome them. 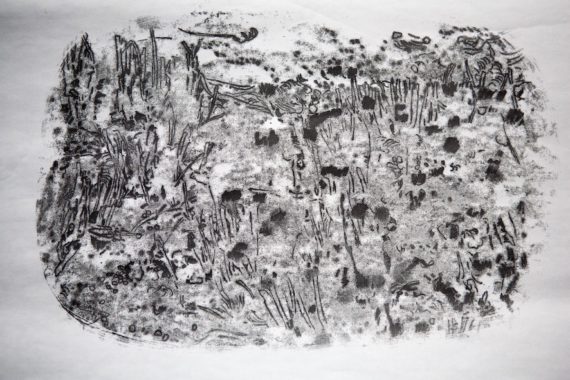 I remembered my charcoal this time and did a two-hour drawing in the shade by the pond. The drawing got darker as I went on; it was impossible not to reflect on politics and the Manchester bombing. Bright sunlight but dark day. 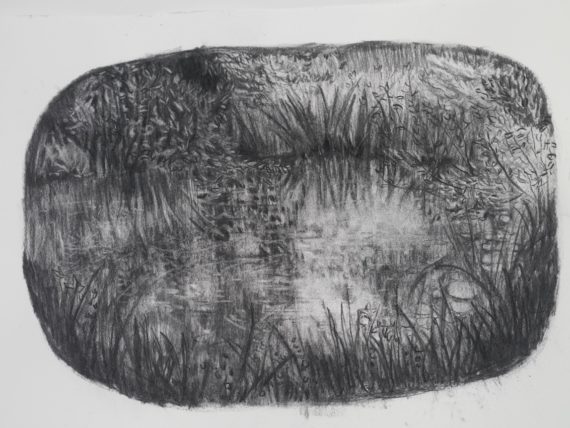 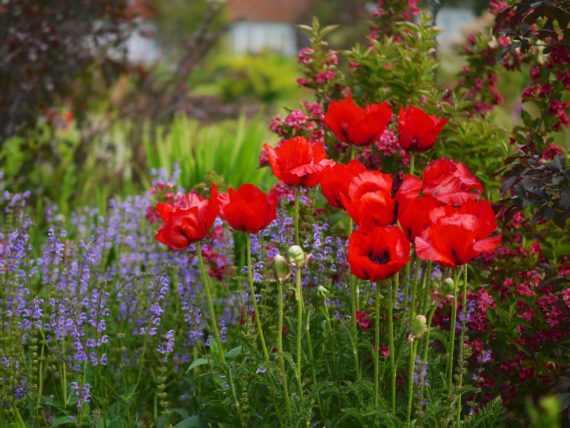 I wanted to see the garden in the evening light and Laura also wanted a catch up so this came together last Saturday.

I had asked Laura if there was a potting shed in which I could project the film and to my surprise she loved the idea and on Saturday she and Andrew (her husband) took me to have a look. There was a choice between a shed next to the chickens, the chicken shed (cleaned up if chosen) and another shed the other side of the chickens, which we have gone for. It also happens to be next to another shed with electricity.

This is all getting very exciting.

First a big thank you to a-n for featuring this blog in the May digest/e-alert and to those who haven’t seen it yet, the May digest has a link to a pre-election advocacy toolkit to help artists continue to make the case for the arts.

I was going to go to Boldshaves early this morning but the weather forecast was a bit gloomy and I decided I have enough rainy footage so had a Sunday lie in instead.

Sunday is often a day for catching up with business paperwork, a teeny bit of housework and the like but also for grabbing time to get into the studio. I have been planning to try some work on newspapers as a way of responding to the idea of gardens as “glowing islands of civilisation” (see 20 April blog post) in a context of growing political tensions around the world and this is the result from today. Still a work in progress, but working better than I thought it would. 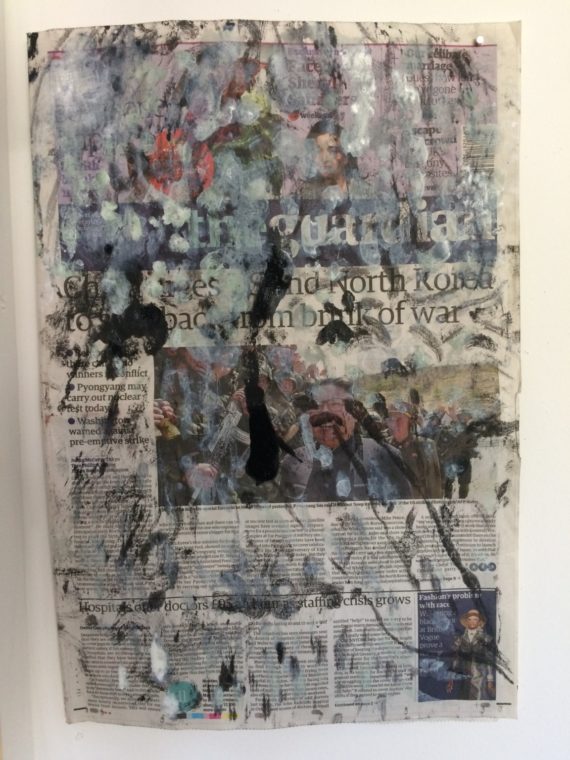 I’ve also started to sort my video clips for the film.