alongside the practice based research, i’ve been attempting to broaden my understanding of the theoretical space i’m working in.     finding this book feels so right as one of the contributors is max schleser, who i know as the […]

alongside the content creation, i’m also researching the user interface.  this is currently happening as two lines of research the main interface how might the work be made more accessible. the accessibility considerations involve me adding additional code to hack […]

new areas of the site are still being opened up through the completion of more scaffold runs.   recently i’ve been able to access the southern side of the sowter mill.   the scaffolding facilitates both work on the roof and the […]

random title and it feels a little random to be writing.  have been spending a lot of time in my head musing life the universe and everything and as already seen in many previous posts when i get this introverted […]

been on site today, really enjoyed myself – been a week since i was last on site – loads of new things to look at. from a bus ride over the derwent i could see how the italian mill’s front […]

since the recent arts and heritage meeting i have been processing what we learnt.  its been tricky doing this as alongside this commission i have other projects and commitments that need to be kept live and up to date. in […]

Why glitter: a response (not least for Elena)   Elena’s comment on my previous blog and responses from the artists’ statement writing peer support group have promoted me to examine my attraction to, and use of, glitter. Here are pretty […]

lately there has been something that i have experienced that has left me unhappy, demotivated and disappointed. finding a way through this unhappy phase came in an unexpected way this morning – poetry. composing it out loud in the kitchen […]

the kettle is on in the kitchen while i day dream out the living room window.  the lads from next door are leaning against their fence, billows of smoke surround them from their vaping.  i leave the writing for a […]

after my clearing post yesterday we headed out into the bright warm day and south to alnwick.  now famous for the home of hogwarts, our destination was another famous place – barter books.     having written up how i […]

Despite being on holiday I find myself needing to come to this place and reflect upon my attempts to play this week.  We’re in northumberland staying in a remote location where the wifi is intermittent.  I’ve brought the 360 camera […]

in the life of this commission there are going to be some days where a special one off event takes place.  this week saw the first of these – a crane on site to lift steelwork into the second floor.   […]

end of march, i’ve eaten and it’s still light, time to write a post i thought as i walked into the kitchen with my dinner plate. with the lighter nights comes a happier andrew.  for the rememberable past i have […]

there’s a lovely feeling about getting to the point on a friday afternoon when i realise i have the head space and photos to put together a post about my week. after the weekend of discomfort – my week has […]

in my inexperience with social media i’ve arrived at an etiquette stanch to do with following up posts in which i have expressed something in such a way that might make the reader uncomfortable.  i think i’m talking about restoring […]

in this post i aim to reflect as well as off load.  i need to off load the feelings generated while working within a project.  the details of this project are irrelevent as it’s not about the project – it’s […]

i’m awash with excitement – a top feeling – energising – almost bursting. how can this be followed i think?  like a surfer standing up i am in that moment and i feel invincible.   it’s friday 10:15am.   i pause […]

as a boy the film oliver had a huge impact upon me – especially fagin played by ron moody.  i would spend hours doing the actions with my hands – i was told this when i was older.  as we […]

there’s a hub bub of activity in the kitchen as pizza friday is in full swing – i’m waiting for the crowd to ebb before venturing in. i feel in a very reflective mood tonight as earlier we all were […]

i begin writing while dinner preparation is happening in the kitchen.  i’ve been treated to an eclectic selection all with the low drone of the cooker hob extraction fan.  as i write i hear the inspirational voice of freddie mercury […]

i have to admit to you i’m really uncomfortable about something i wrote about myself in my previous post.  i did consider sitting with it all day and writing later. this was going to be too long before trying to […]

is a biscuit better dunked ?  i only ask as i had a biscuit and now i don’t. surprisingly this opening line resonates with my ongoing enquiry into the energy of feeling,  so much of what i do is in […] 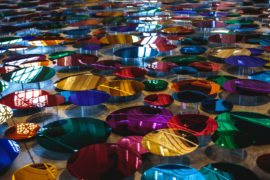