Michael Landy in conversation with ICA director Gregor Muir on Scrapheap Services (1995) having to shred 2000 misprinted crates, cataloguing the entirety of his world belongings which lead to Break Down (2001): destroying the entirety of his worldly belongings that included valeting his car to be destroyed and Gary Humes asking for a painting he gave him for his birthday back. Also his bin watercolours and his painted bronze Self-Portrait as Rubbish Bin (2012) made in China for the Royal Academy 2012 Summer Exhibition that he’s precious about people throwing rubbish into. 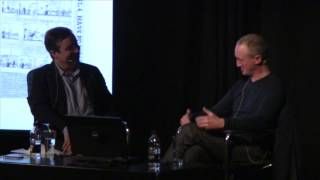 “A social group is characterized just as much by what it rejects as by what it consumes and assimilates. The more economically developed a country is, the more gets thrown away, and the faster it gets thrown away. People are wasteful. In New York, in the promised land of free enterprise, the dustbins are enormous, and the more visible they are the more inefficient public services operate. In underdeveloped countries, nothing is thrown away. The smallest pieces of paper or string, the smallest tin is of use, and even excrement is gathered. What we are outlining here is a sociology of the dustbin.”

And J J Charlesworth on Tino Seghal’s apparent dislike of things and conceptual art being a reaction against the ‘overproduction’ of things: “What’s creepy about this second wave of thing-hating is that it’s happening in the midst of a neverending economic recession, which, by definition, is the socially corrosive breakdown in the production of things.

At What Point Does Nothing Become Too Much of a Good Thing? Art Review p.52, September 2012 http://www.artreviewdigital.com 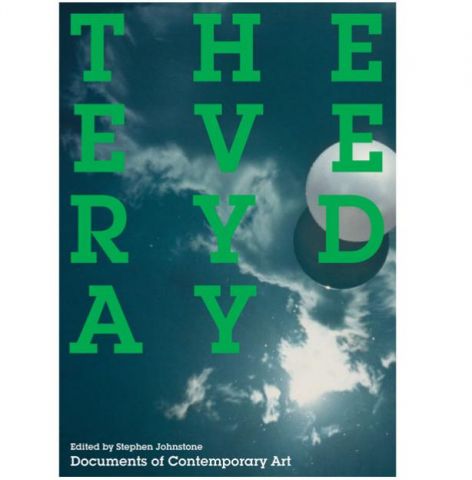 “Cultures of Consumption was a 5 year, £5 million research programme that studied consumption in a global context. It ran from 2002 to 2007.

The research programme was jointly funded by the Economic and Social Research Council and Arts and Humanities Research Council, and brought together leading researchers from the social sciences and the arts and humanities.” 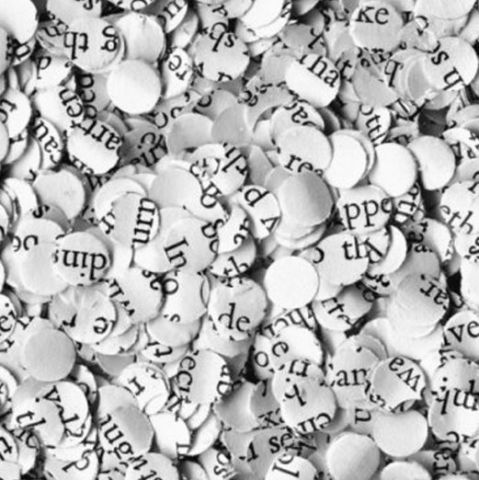 Current Reading: Commentary by Michael Crang – Negative images of consumption: cast offs and casts of self and society (2012) Environment and Planning A, volume 44, pages 763 – 767

“There has been a recent spate of artistic work focusing on (over)consumption using the lens of disposal and discard. In this brief commentary I will try to sketch out a few common themes across some of this work, showing how it connects with and challenges social science work on consumption and which registers it uses for thinking about the waste our societies create.”

He further draws upon Jennifer Gonzalez (Prosthetic Territories: Politics and Hypertechnologies, 1995, pp.133-150) on autotopography: how our possessions form a terrain through which we express, enact, and sustain our selves and mnemotechology [of or relating to or involved the practice of aiding the memory] and Louise Crewe (Environment and Planning D: Society and Space 29, 2011, pp.27-46); “The cataloguing of possessions as a performance of self has recently been tracked through different artistic registers that explore how even ridding ourselves of objects leaves their traces.”

David Trotter is also cited on describing how meaning and value is lost through the household clearance in a double reduction from cherished possession to commodity; from commodity to matter, or stuff. (Critical Quarterly 52, 2009, pp.17-28) Firstly, “the first reduction deprives objects of their past, of that surplus of meaning and value they have acquired since their purchase: of everything but their exchange value in the here and now,” and secondly, “enforced by the ruthless skepticism of the bargain-hunters who thumb curtains, prod mattresses, and clap wardrobe drawers to and fro, [and] deprive the objects awaiting disposal not only of their past, but of their future as well. It demonstrates that these still radiant commodities have, beyond a certain point, no future at all. The reduction from commodity to waste-matter which household clearance distinctively fosters is not just the assault of one system of value and meaning on another. It is an assault on the very possibility of systems of value and meaning.”

Crang compares Michael Landy’s Break Down (2001) and Hans Schabus’ Remains of the Day (2011). Michael Landy’s Break Down catalogued and classified all his possessions into 7227 items which he then sent through a granulator to render into them into their constituent materials which were then shipped to a landfill. For Remains of the Day Hans Schabus filled two gallery rooms with neatly categorised and sorted rubbish he and his family threw out over the course of a calendar year. The gallery space sanitises the objects.

Crang also comments on Wang Jiulang’s video Beijing Besieged by Waste (2008-2010) and compares two works by Chris Jordan; his ongoing Midway: Message from the Gyre (2009-current) examining the Great Pacific Garbage Patch through recording the plastic-riddled stomach contents of hundreds of dead albatross chicks and his contrasting previous project previous Running the Numbers: An American Self Portrait (2006-current) photoshopping objects of consumption and multiplying them into immense scales to visualise the aggregate materiality of consumerism.

Crang’s commentary is a short and theoretically underpinned snapshot into a couple of current practices of artists dealing directly with their own immediate waste and the mass waste of society at large. A narrative of citations is woven together illustrating the proposition of waste as the “negative casts” of life.

There’s a big ecological and economical sustainability theme throughout documenta as works question our impact on the earth and its finite resources and these are distributed.

Song Dong’s Doing Nothing Garden (2007-2012) in front of the Orangerie in the park is “nothing more than an accumulation and preservation of waste.” A 6m high mound of rubble and biological waste left to overgrow with weeds stands like a monument in the open space in clear view.

AND …AND …AND artist run initiative have produced a Non-Capitalist Herbal (Tea) Garden outside the Ottoneum, a Solidarity Economy Food Kiosk in Karlsaue Park and a lab at the Nachrichtenmeisterei.

In documenta-halle, Kristina Buch displays empty chrysalises from over 100 days, apparently adding to the collection on a regular basis. The focal point of her piece The Lover (2012) is actually the open-air live butterfly installation outside.

Gareth Moore’s inhabitance on the edge of Karlsaue Park is described as “an open-ended pilgrimmage to the wonderous world of disregarded things.” A primitive hunter-gather methodology creates a large scale installation where visitors check in their mobile phone and cameras in exchange for a conker on a wristband to navigate the pathways lined with tin lids on string. Using found materials since 2010, Moore has built an environment where he has lived in situ from the detritus others have left behind.

In the Friedricianum, Mariana Castillo Deball – Uncomfortable Objects (2012) is a sloping surface of manmade and natural objects and materials melded together in a steel frame

Tejal Shah’s Landfill video in southern wing of the Hauptbahnhof is mesmerising performance of costumed dances in a landfill.

Fiona Hall’s Fall Prey (2011) addresses the notion of value of objects, materials and symbols through beautifully crafted animals displayed like trophies in a museumesque installation in one of the many huts in Karlsaue Park. The animals are made from shredded military camouflage and consumer items such as bottle caps and catergorised as “endangered,” “critically endangered” or “extinct in the wild.”

So much rubbish, so little time.

Outside AND ..AND ..AND’s lab in the Nachrichtenmeisterei I find half an abandoned press pack which has some leaflets, the Was/Wann book of events that’s on sale for €3 in the dOCUMENTA cabin shops and a little book that I couldn’t find in the bookshops entitled dOCUMENTA (13): A Sustainable Exhibition. Ecologically Designed & Implemented. The cover is a recycled card which doesn’t lend itself very well to the bright green print explaining how Duales System Holding have made the “eco-compatible” pavilions in the park, designed to “keep recyclable materials in a closed circuit economy” and “eliminate waste of raw materials.” Other than the minimal blurb, the book is a picture postcard compilation of the “eco-compatible” pavilions. How ironic this should be left discarded on a bench.