Museum of Contemporary Rubbish sent some postcards to Blackpool which are featured in a group show Deltiology at FYCreatives curated by Garth Gratix. A review is online here: http://www.altblackpool.co.uk/deltiology-at-fycreatives “…you can imagine the studio shot photographs of garbage as large format prints on the wall of a modern art museum.” Exhibition continues until 31 August. 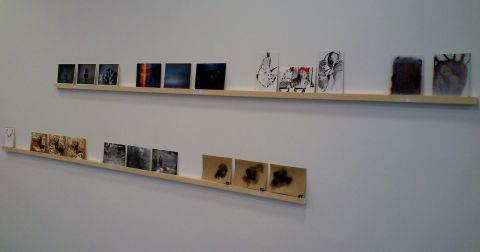 I have prepared a video presentation of a 20 minute paper to the Waste and Indeterminancy session at the CAG AGM in Newfoundland, Canada, 11-15 August 2013.

In my paper I introduce the Museum of Contemporary Rubbish and the HOARD project and my current research on artists’ use of rubbish in their practices http://contemporaryrubbish.wordpress.com/

The special session organiser Josh Lepawsky has fed back already that he really likes the video and the themes and questions it raises and I’m keen to hear feedback from the event and any dialogue that might ensue with conference delegates. I won’t be attending the conference myself as my 5 month old boy Toby probably won’t appreciate the long haul flights so am pleased that they have made a special exception for me to submit my paper by video, which is essentially a slideshow with my voiceover as I would’ve presented at live at the conference.

I’ll probably upload to vimeo after the conference and share the link here. 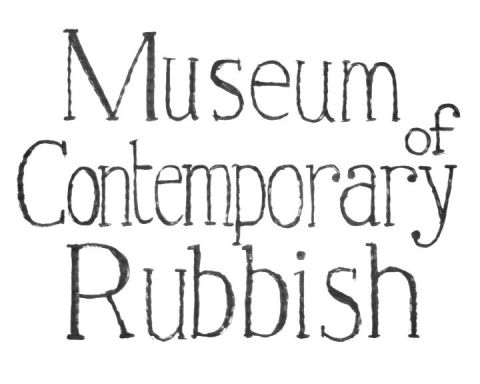 About the show: “Most of us have had a love of Art and a Broken Heart at some point and for many artists the two may have been one and the same. As funding sources become ever more strained and without the assistance of a wealthy patron, an artists practice can often result in a labor of love.Taking the common found experience of rejection in both terms of an artists career and relationships ‘Rejected Proposal’ asks 11 artists to create a miniature art works based on an art proposal they have had rejected in the past. The art works will be made in response to a jewellery box once hosting an engagement ring or other such token of loving commitment. These works can be miniature versions of the rejected art work or reinterpretations for their new host.”

Alice’s Rejected Proposal is a miniature version of a proposed series of readymade multiples to be individually trashed. The subjective act of defining an object as rubbish and negotiating the value of objects in specific contexts areongoing investigations. This miniature of the proposed edition is one variation of many potential configurations; a bespoke ‘gift’ for presentation purposes. 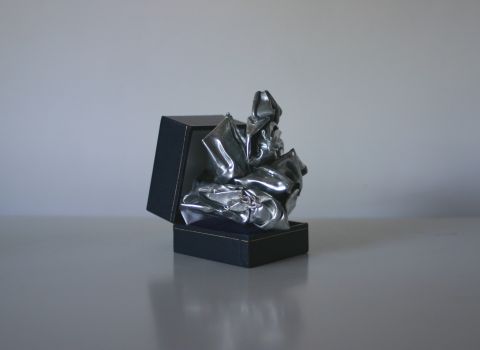 Alice Bradshaw collected every item of rubbish from her art practice during 2012 that would have otherwise been thrown away. In defining what is related to her practice as an artist, she kept the rubbish produced through activities such as the physical production of art objects, posting, transporting and exhibiting work, researching and visiting events and exhibitions. She also included in the collection the rubbish which is produced whilst undertaking these primary activities such as coffee drunk in the studio, wine drunk at meetings, tights laddered on art and detritus from medical circumstances impacting on her practice.

The HOARD documents one calendar year of Alice’s life in the form of the negatives of practice. Each object has a personal history and narrative connected to her practice and the various activities that comprise her artistic life. They are the offcuts, the misprints, the used and consumed and the watched, attended and discussed. Objects that do not appear in the HOARD include diaries, sketchbooks and notebooks, receipts needed for tax returns, books, materials that might by used for future works and any other objects considered to have potential use value. Objects which are considered works of art are also not included in the HOARD.

Each item of rubbish has been photographed and catalogued in chronological order (month by month) and analysed. A total of 745 items have been collected and processed in this way.

Paper objects form the majority of the collection and have been selected and curated for Performing Paper #7 at Paper Gallery, Manchester, 22 June – 3 August 2013.