Thank you to everyone who made it to the opening of the new Museum of Contemporary Rubbish exhibition.

Lots of Rubbish Conversations were had varying from the price of scrap, value systems, recycling, to the specifics about my work.

A couple of people said the Rubbish Conversations element made the show for them and they enjoyed talking to me about my work and rubbish in general which was really great to hear.

It’s possible that I’ll go back and talk to a group of students at a later date during the show which could also be opened up to the public too for Rubbish Conversations #2.

Spam of the Earth: Withdrawal from Representation

Steyerl’s essay on spam is of interest because this is the image rubbish of the digital world, although digital rubbish is an area I have consciously omitted from the main part of my research, instead choosing to focus on rubbish of the physical world.

In defining image spam, Steyerl notes: “Image spam is one of the many dark matters of the digital world; spam tries to avoid detection by filters by presenting its message as an image file. […] Image spam is our message to the future. (p.161). Image spam, […] is a negative image (what it is not).” (p.165)

Steyerl bring the class issue back into focus and mentions trash TV (p.166): “The numbing presence of trash talk and game shows has led to a situation in which TV has become a medium inextricably linked to the parading and ridiculing of the lower classes.” Just recently the BBC published an article on the socio-economic class divide of readers and watchers: England ‘divided into readers and watchers’ By Hannah Richardson 11/03/14 http://www.bbc.co.uk/news/education-26515836 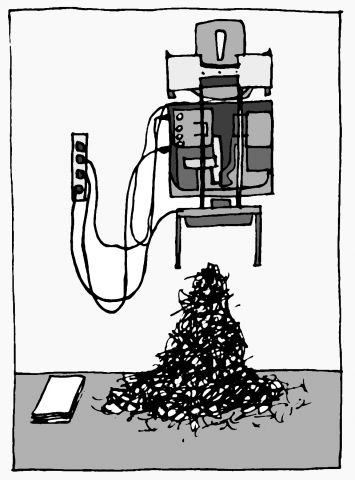 In this essay Steyerl discusses the image as fragment (p.52) and the notion of images (pertaining to) forensic evidence (p.53). Here, images are ruins and scraps symbolising power and violence. She references Benjamin: “Things are never just inert objects, passive items, or lifeless shucks, but consist of tensions, forces, hidden powers, all being constantly exchanged.” Walter Benjamin – On Language as such and the Languages of Man in Selected Writings 1:69.

Rubbish, like the image, is often fragmentary and Steyerl also uses two key synonyms ruins and scraps. Rubbish as forensic evidence (of destruction/power/violence) has been noted here before. Rubbish and the image could be made synonymous for purposes of illustration, but really they are separation notions with significant overlap. Rubbish is made into or represented as image and image becomes rubbish (scrap or ruins).

The notion of rubbish ‘containing’ social histories has also come up many times before in my research. The pre-used aspect loads rubbish with meaning. Even a brand new commodity on a shop shelf has a social history in that it has had a life before – being manufactured, handled and shipped – and has a potential life ahead – being purchased (exchanged for money), used, discarded and replaced or exchanged again. As Steyerl puts it: “The commodity, too, is understood not as a simple object, but a condensation of social forces,” (The Language of Things, June 2006).

In summary, Steyerl brings Benjamin back into focus and updates his post-war notion: “History, as Benjamin told us, is a pile of rubble. Only we are not staring at it any longer from the point of view of Benjamin’s shell-shocked angel. We are not the angel. We are the rubble. We are this pile of scrap.” (p.56)

In Defense of the Poor Image

Steyerl makes a kind of manifesto or definition for the poor image:

So, poor images are rubbish, at the bottom of the value hierarchy.

“Contemporary hierarchy of images is not only based on sharpness but also and primarily on resolution.” (p.33)

“Poor images are poor because they are not assigned any value within society of images – their status as illicit or degraded grants them exception from this criteria.” (p.38)

The drawings I made for my Rubbish Newspaper are the poor image versions of the originals. The ‘originals’ are the physical sculptures and installation, photographed they are ‘degraded’ once, hand drawn by me they are ‘degraded’ twice – information lost and their pictorial essence reduced to a very basic line drawing. Then they are scanned and computer-manipulated; the pen lines made solid pixel lines and greyscale fills added. A representation of a representation of a representation. An impression. They are computerised icons or symbols for the real thing. If you know the real thing and are familiar with what that looks like, the drawings function as signifiers. If not, they are just poor images.

In defining the value of the (poor) image, Steyerl looks to resolution and exchange value, also “velocity, intensity and spread (dematerialization) – as a legacy of conceptual art and contemporary modes of semiotic production.” She positions this in the general information turn, “within economies of knowledge that for images and their caption out of context into the swirl of permanent capitalist deterritorialization.” (p.41)

Her conclusion: “After being kicked out of the protected and often protectionist arena of national culture, discarded from commercial circulation, these works have become travelers in a digital no-man’s land, constantly shifting their resolution and format. Speed and media, sometimes even losing name sand credits along the way. […] The poor image is no longer about the real thing – the originary original. Instead, it is about its own real conditions of existence: about flexible temporalities. It is about defiance and appropriation just as it is about conformism and exploitation. In short: it is about reality.”

In Free Fall: A Thought Experiment on Vertical Perspective (p.12)

Steyerl discusses that with the abundance ofaerial views, overviews, Google map views and satellite views, “we also notice the decreasing importance of a paradigm of visuality that long dominated our vision: linear perspective.” She notes that our modern sense of time and space are based upon the stable horizon line. (p.14)

She goes on to say that in the twentieth century, “Cinema supplements photography with the articulation of different temporal perspectives. Montage becomes a perfect device for destabilizing the observer’s perspective and breaking down linear time.”

This is the cinematic device I choose to use in Rubbish (2011), for these reasons. There is no linear narrative – only images or rubbish flashing up on the screen in quick succession you hardly focus on one before the next appears.

Steyerl argues that there is a new vertical perspective, “the former distinction between subject and object exacerbated and turned into the oneway gaze of superiors to inferiors, from high to low. (p.24) This leads her to discuss the Politics of Verticality that she sees as a “metonymy for the more general verticalization of class relations in context of intensified class warfare from above. […] We no longer know whether we are objects or subjects as we spiral down in imperceptible freefall (assuming there is no ground, even those on the bottom of hierarchies keep falling). (p.26)

Back to the notion of montage (p.27), Stetyerl argues “Montage was the first step in liberalisation from cinematic linear perspective […] Similar things can be said about multiscreen projections, which create dynamic viewing space, dispersing perspective and possible points of views. […] The viewer is no longer unified by such a gaze, but is rather dissociated and overwhelmed, drafted into the production of content. None of these projection spaces suppose a unified horizon. Rather, many call for a multiple spectator who must be created and recreated by ever-new articulations of the crowd.

The viewer of Rubbish is (in multiplicity) the content generator as many Collections of the rubbish featured were of other people’s rubbish – what they chose to “donate to the museum”. If I were to make a video anew for every new Collection, and especially if this process was automated, then this would fit even more perfectly with Stereyl’s concept of liberalised cinema.

Steyerl concludes by turning to a positive (p.27): “What seemed like a helpless tumble into an abyss actually turns out to be a new representational freedom.” […] Falling means ruin and demise as well as love and abandon, passion and surrender, decline and catastrophe. Falling is corruption as well as liberation, a condition that turns people into things and vice versa. […] Perspective of free fall teaches us to consider a social and political dreamscape of radicalized class war from above, one that throws jaw-dropping social inequalities into sharp focus. […] But falling does not mean falling apart, it can also mean a new certainty falling into place. 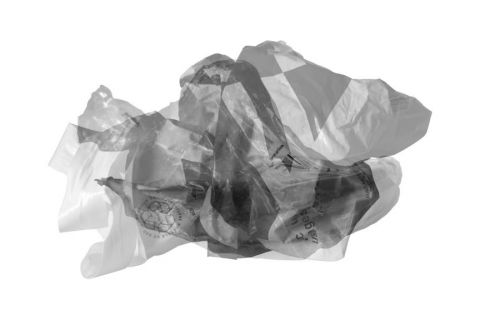