I am collating the moving image works for the Topography Disarranged screening on 23rd May. Brilliant to have all these discs popping through the letterbox and to see the finished articles at last. My poor old computer is struggling with memory space, so fingers crossed as I transfer the data from the external drive. Just waiting for one last video now.

Edwin Rostron, one of the screening artists has been mulling the process over:

“I wasn’t really interested in making a film about what I already thought or felt about ‘landscape, dislocation and place’, but rather to react to these themes through the use of process. I restricted myself to working with one book as raw material, a detailed study of the British landscape in 1965 from a planning and architectural perspective. I wanted to take this very specific vision of the landscape, one both intellectual and outdated, and make it into something new, through a working process of self-enforced rules and restrictions, obstacles and chance.”

Edwin’s animation is a real delight! 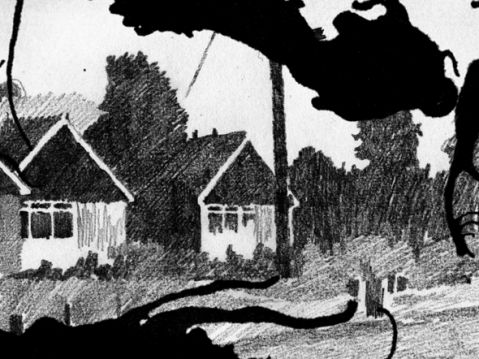 Saturday afternoon was spent in the Project Space as several artists brought their work in – it was great to meet the artists with their work. I took advantage of the space to test the video piece in the show with the projector in different ways. The work, by Marianne Holm Hansen, looks really lovely in the space. This is Marianne’s website: http://www.criticalm.org

At 5.30pm we were still two works short of those expected that day – after some phone calls, emails and texts we tracked one down delivered by the postie to one of the nearby houses. The other was due by courier and a little more problematic, although fortunately still trackable. As I write this, I’ve just had a text to say it also has been delivered to the nearby house this morning. Fantastic. 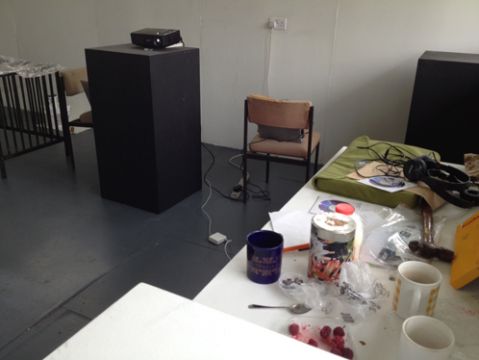 We’re very excited that most of the artwork for our Topography Disarranged exhibition is arriving this afternoon. It’s a bit like Christmas Easter Birthday to await this arrival and unwrapping of so much art and to meet some of the artists. What I must resist is too much physical arranging at this stage, leaving the work ‘disarranged’ so to speak until the others come to hang the work with me.

Jaimini Patel’s work will not arrive until right near the show opening as it involves caring for and nursing lots of teeny green organisms on a daily basis, which I fear I have neither the patience, skill nor time to do. They really are a most beautiful intense green colour. We shall have to hang the show with an imaginary green presence in mind or a substitute object standing in for her piece (and maybe paint it green?) 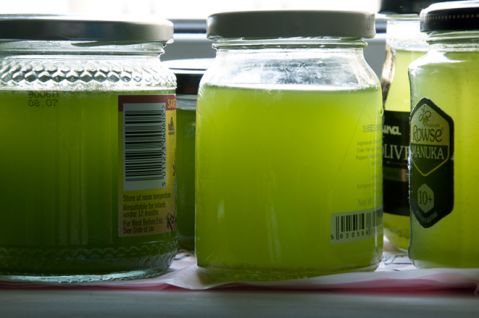 We’ve been putting together the email-out for Topography Disarranged, which has entailed mastering Mailchimp whilst dealing with a seemingly endless cold. We’ll do a couple of versions for differing purposes. Luckily there are some striking and eye-catching images to choose from. The one below is from an animation by Katerina Athansopoulou, who is showing during one of the show events – the Moving Image Screening on Friday 23rd May at 7pm. 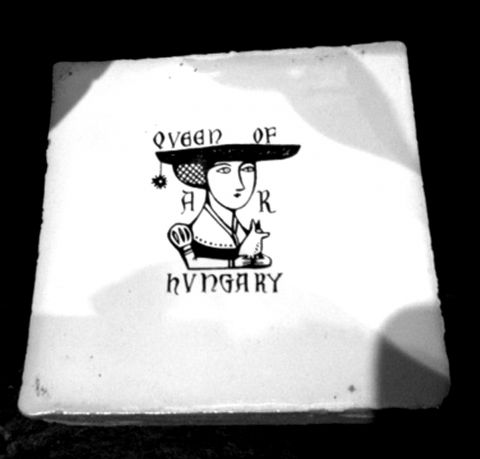