The Project Soace is being equipped with solar panels, with scaffolding and ladders adding another layer of utility to the architectural style of the space. 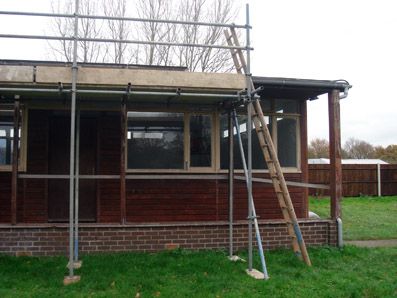 I’ve been avoiding installing Dreamweaver, because that means I will have to begin the website. But yesterday morning I made a start and took the disc out of the box. I haven’t used the programme for 18 months and not ever this version. I know it’s just a case of getting used to the programme again and putting vast slices of time aside in which to make lots of mistakes and get in a muddle.

Hmm, what I ended up doing was playing around in Photoshop to make a logo, which was a lot quicker and more fun.

By the way, the sign does still look like that as the vinyl lettering has only just arrived. 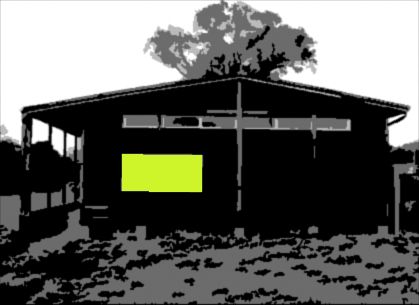 We’ve been working on our events, so that we can publicise and let our mailing list know well in advance what is coming up. Forward planning and all that, particularly for Chloe gaining class participants.

This is The Queen of Hungary Project Space programme for the first few months: 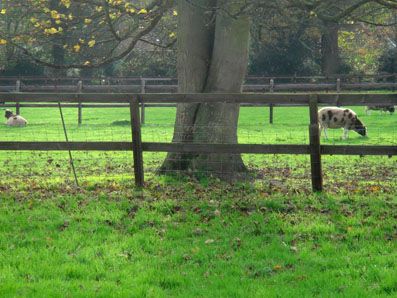 Our inaugural seminar by Isabel Vasseur went extremely well, once the technical teething problems had been ironed out and the audience members stuck the wrong side of a closed road arrived. We were full, it was warm enough and there was only one mishap with a glass of red wine. Even the Christmas tree made a creditable statement. I met several people whom everyone except me seemed to have known for years. I must get out more…

As you can imagine, Isabel’s presentation was crammed full of interesting observations on the mechanics, machinations and development of strategies, commissioning and getting public art made over the last 20 years. And the importance of establishing good partnerships and participation.

The Q & A session at the end was largely about vision, preferences and direction for the exhibition in St Margaret’s Church, Cley and its environs this July.

The Project Spacers, Isabel and a few others went back to Stephanie’s for food afterwards and the discussions about the Cley church show, funding and other issues continued, in a progressively louder, more energetic and enthusiastic way. I left them chatting as I had to get up for work the next day, but could not sleep as my head was buzzing with plans and tasks and excitement. 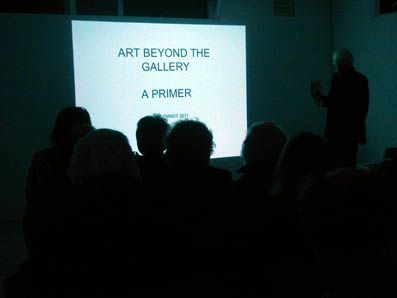 It is our first seminar this evening in the Project Space, which looks great by the way. Whilst I was away in Birmingham, Stephanie had been busy. Amongst other things she’d patched up the floor with the boards I’d painted. What a difference.

Today we’ve been buzzing around like blue-bottomed flies. The lettering for the sign still has not arrived, although promised, so it looks like we will be sign-less as we open. Instead we are going to plant a Christmas tree infront of the empty sign-board – some sort of improvised intervention I suppose.

Endless emails and print-outs to do. At least the bar and barman is sorted. Priorities…

And we are expecting a full house, with over 30 people confirmed. Will they all brave the trek out to a right-rural Norfolk field?