Battles in a bedroom studio.

My search for a comfortable way to paint in my small Italian bedroom has had me sprawled across the floor, utilising hairbrushes and playing cards as make shift easels and even dismantling my desk and turning it upside down. My latest venture has involved a liberated advertising board (Klorane Gel Douche – five new scents!) from the Farmacia down the street (probably my most successful idea).

Knowing I’m beginning to push my luck if I want my paintings to dry in time before I leave I set yesterday aside to really get down and messy with the painting one last time here in Firenze.

And I think I had a bit of a break through. I learnt how to reuse turps (let it settle, pour of the clear liquid, I guess really I’d always known this, I watched my friends do it in studio last year but somehow it took this long to apply this method myself). I have begun to appreciate different brushes for different marks, which again seems so straight forward but I’d just been using which ever brush had the right colour on it, or one close to the right colour. I also learnt how to clean brushes, swirl them in brush cleaner. Again a big ‘well duh’ but strangely before I’d just been giving them a wipe if I wanted a big change in colour, or just letting the paint sit on them and grow hard, try to soften it up with some fresh paint if I wanted to use that brush again.

I’m aware that I’m coming across like a bit of a div. Perhaps I could of made ‘better’ paintings from the start if I’d read a manual – but where’s the fun in that?

The more I want from my painting, the more I’m pushing myself to get it.

My battle with painting is still underway and I’m witnessing the graffiti reside of the student unrest here in Firenze filtering into my work. Stencilled iconography and cryptic messages are butting heads and slipping in behind paint runs and splashy streaks of colour. I’ll be leaving Firenze in a week so I have conceded to just work on one more painting, and even though I am just working in my tiny bedroom here I don’t know the next time I will have a space to get out my paints so I’m going to use the next few days to really experiment with this new medium: (after which I should probably give it time to dry before I roll it up and ship it back to the UK). Back to the UK, typing it just then made it seem real. Oh boy. I am going to miss this!

Still, I must admit, there are a lot of things in the UK to look forward to. I am currently in conversation with a London Gallery space as we’re in the early stages of organising an exhibition in the spring focused on the work produced in and inspired by my residency in Firenze, so I’ll keep you posted as that unfolds.

The beauty of a woman is only skin-deep. If men could only see what is beneath the flesh and penetrate below the surface with eyes like the Boetian lynx, they would be nauseated just to look at women, for all this feminine charm is nothing but phlegm, blood, humours, gall. Just imagine all that is hidden in nostrils, throat and stomach… We are all repelled to touch vomit and ordure even with our fingertips. How then can we ever want to embrace what is merely a sack of rottenness?

My preceding post put me in the mind of this quote and makes me thinking deeply once more about the Churches patriarchal power games with the female body. Seeing copious icons of the Virgin Mary in Firenze alongside the sexed up female portrayal in Italian media I have become tantalized by the polarized roles that women play in this Catholic country.

I recall my first night in Italy, watching Miss Italia 2010 on the little hostel television. I watched it with the same intrigue as Levi-Strauss studying a Hopi dance; noting down the performers alien movements and curious costumes. But unlike the Hopi snake dance the Miss Italia contestants’ actions were hollow, they went through the motions of seduction dance but their soul seemed disconnected. While living in Italy I’ve found the same awkward sexed up women selling mobile phones, as performers assistants, as magazine show co-hosts – bounding onto the stage, jiggling their breasts and bum before introducing the next part of the program.

But despite this playful tease of flesh that one could read as ‘girl power’, the women here seem to have little autonomy over their own bodies. My flat mate over breakfast tells me that women here in Italy are forbidden to artificially inseminate. 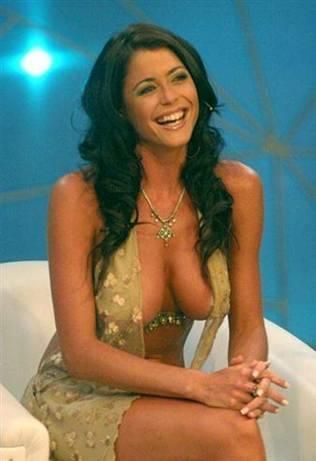 I returned to The Specola to shoot another roll of film, do some more sketching, and although going to primarily study the taxidermy I always find myself standing longest in one of the rooms right at the end of the maze of stuffed birds and pickled snakes. This penultimate room holds the work of modeler Clemente Susini who, amongst other anatomical wax works, created three women in various stages of dissection.

Strange however, considering the subject, there is very little cold and clinical about the models. These women are not presented in a manner making them ideal tools for teaching about human physiology. Instead they refuse the lie still, playfully toying with a braid, coyly gesturing to their breasts and pilose pubis. Their heads thrown back on to silk sheets as their back arches, flushed cheeks, pert nipples; these women’s eyes, cast forever in wax seem set half shut in the last moments of orgasmic languor rather than the last moments of life.

I wonder if I have been studying a room of life sized 17th Century pornography. Under the guise of anatomical studies, these ‘three graces’ do seem to want to satisfy more than a lust to learn about medical matters.