The storm rattles the glass in the windows, booms, rolls, the lights go out. I’m left illuminated by glow of LCD screen. The deluge cools the air and goosebumps prickle along my thighs. I excavated my woollen socks from bottom of the armoire draw; I didn’t think I’d need them here. Ariel lights candles and dots them around the house, our corridors become softly illuminated through the red glass.

The storm is fierce but Masia Can Serrat keeps us safe in her womb. 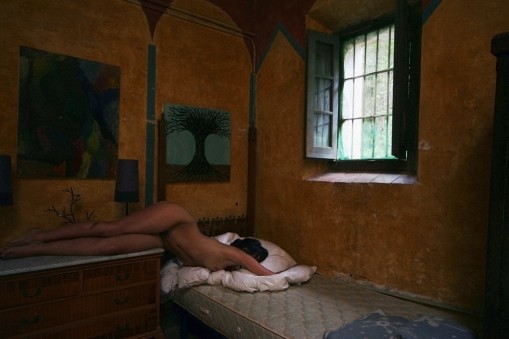 The previous tenants of this traditional catalan house predicted her age at 400 years old, however the history is mired by speculation and hearsay. Everyone seems certain that this house once functioned as a tavern, and provided a final opportunity for rest bite and refreshment as the last stop on the King’s Road before the capital. That pathway is now softened with the raised flower beds and embellished with a mosaic of broken tiles.

Was a man then promised this house as a winery? Yes, he was promised grapes but he was given no vineyards. But wine was produced here? Oh yes, the pipes in the bodega carried the wine. An elderly women in the village with a fine crop of wiry grey hair remembers stamping grapes here when she was nine.

Heavy iron circles punctuate the studio walls, where animals were secured? No, too high, paper was dried? My companion reveals how mass quantities of fabric was finely shredded, shredded and shredded again with sharp knifes, until a fibrous pulp could be formed, and pressed into thin beige sheets.

Eventually the house fell into ruin, and remained that way for decades, the frescos fading, walls bleached by the sun, dusty and deserted until a Norwegian art collective purchased the building in the mid 80s.

Late last night, with the mosquitos biting something fierce, I found myself taking refuge in the kitchen with one of the Norwegian men responsible for resuscitating the house, and I seized the opportunity to request a peek at their archives, which he happily indulged.

I followed the masia’s transformation through disposable camera shots and construction notes scrawled on scrap paper; portraits, art works and daily cigarette counts lovingly collated into thick bound photo albums, themselves now sun bleached and fraying along the binding. Ah, this one time hops, from ’89 to ’96, another tattered photo album filling in the missing years. 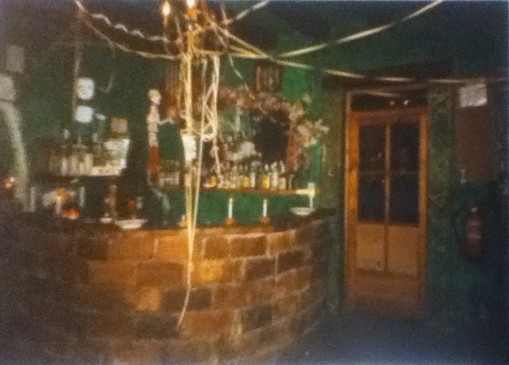 What a bar, it looks like a voodoo shrine!

Her? She is a very successful artist now – you can still see her rat paintings, hidden behind the washing machines. 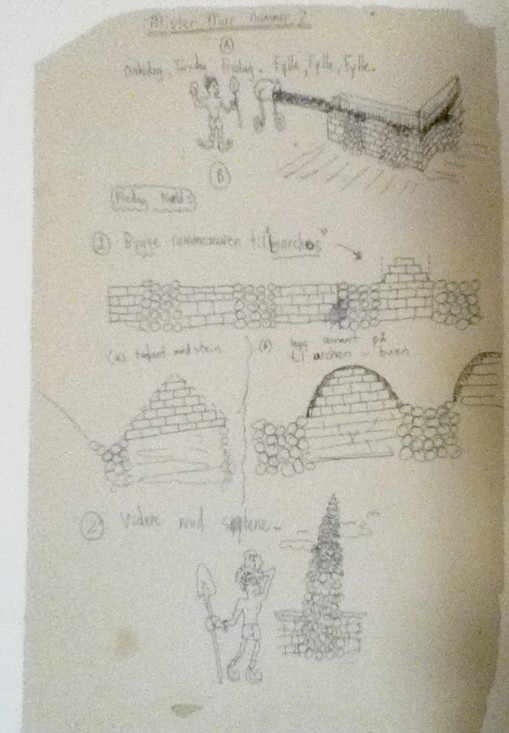 Although these annals chronicle more details about Masia Can Serrat than ever before, I suspect a little fictionalisation has made it’s way into their history, as elaborations and personal narratives intertwine, focus softened by lust and liquor. His language is steeped in nostalgia and romance, but why shouldn’t they indulge? They turned a ruin into an international art centre; it is indeed romantic.

Lightening flashes and thunder claps drift further apart, count, 1, 2, 3, 4, 5,  5 miles away now. The rain eases, and I step out into the garden, thinking of the Kings Road beneath the lawn, inhaling the wet air.

I practice my catalan on the cats emerging from their rain shelters. I allow the words form in my mouth, bon dia Toro, com estàs? until they feel natural, and I’m comfortable taking them to the bakery – their power has survived the storm and can provide internet access and a much needed morning cafè.