Something strange happens to me on residencies. Whether it’s the new environment, or the new people, the desire comes. It surprises me every time. No, it’s not for me. Not my thing. But here I am again. Completely and utterly absorbed with painting.

Something is a little different this time though. I’m painting observationally, compliments to the drawings and not the strange barrage of colours and patterns I’ve toyed with before.

With my film camera taking it’s final breath up on the mountain, and now out of commission, I’ve turn to oil and pigments to capture my environment.

I don’t want to over analysis it, qualify it, or concern myself with how this fit into the big picture. Perhaps in a world of academic texts and sculptural logistics, painting is simply my art therapy. 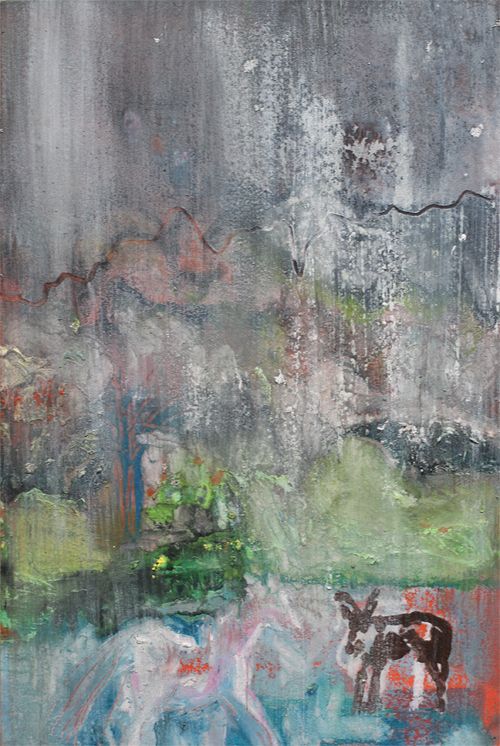 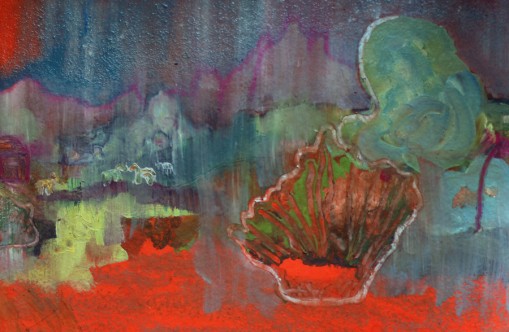 so I’ll see you in 26 hours. 3am. no exchange of number, and did I catch his name correctly?

Was I really thinking about climbing Magic Mountain, in the dead of night, with a someone I just met?

The sky flushed red that evening and, after a brief moment of hesitation (step forward, step back, do i have time to get my camera and get into position?? errrrr, go! try it!), I’d ran up the rocky incline to photograph the dead olive trees, their stark gnarled branches, twisted,  inflamed by the sunset; to capture their danse macabre.

I missed the best light, but my indecisive antics had caught the attention of a couple enjoying an evening drink in the adjacent garden. I was invited to join them ( an adopted policy of saying yes has had a very positive influence on my activities so far this year, so I agreed with no hesitation), and 5 hours hours later I could be found myself on the same bench as we talked and drank into the night.

Making blood sacrifices to the mosquitos, our conversation veered rapidly through talk of virgins, flaming swords, deception, and ending the evening on a promise to scale the Magic Mountain in the dead of night, and an intention to greet the sunrise at the top. Sure, we didn’t know anyone who had done it before, but it was the general consensus that it was a great idea.

Packing my bag the next evening, (water, sugar, water, map) I was half convinced this wasn’t actually going to happen, it was a gin soaked fantasy, does anyone really want to climb the mountain at night? But I wasn’t going to be the one to back out. And as it turns out, neither was he.

I saw this as a perfect opportunity to explore the mountain in a completely different way, knowing how an adventure like this could inform and inspire my practice, I was going to learn the secrets the mountain held at night. 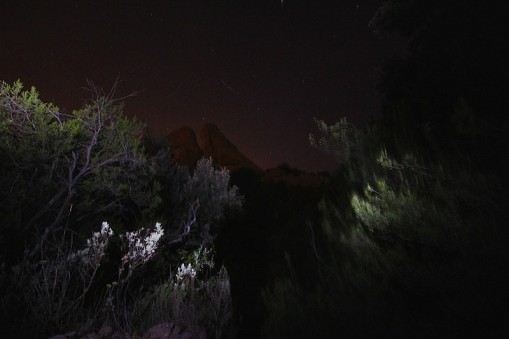 Everything changed after nightfall; the stars shared little light with us, and without head lamps we were plunged into darkness. Bats caught in our lights flashed like spectres, fluttered overhead and unknown rusting  (not boar, this high up? birds perhaps, cabras?) as we sought out the small stone towers that indicated we were on the right route (are we following a path or just a dry river bed?) 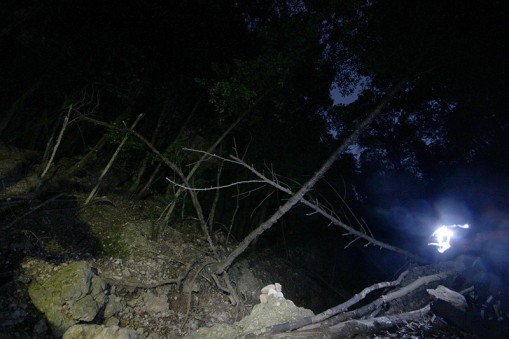 The climb was tough, surreal, but without a doubt, wonderful. 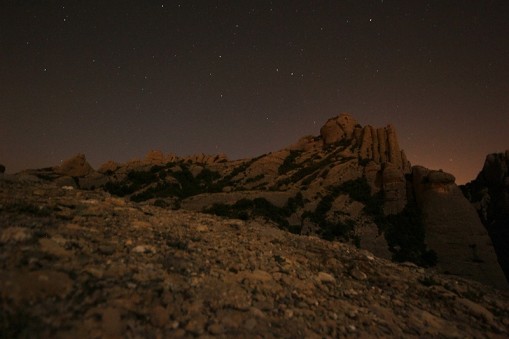 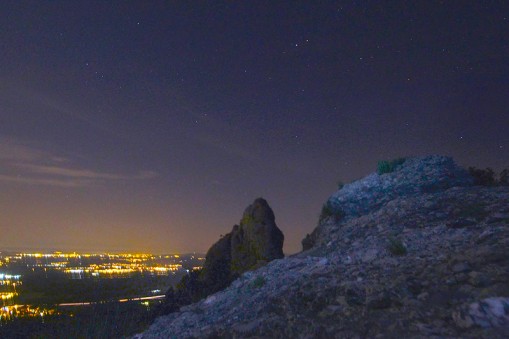 As we reached the peak my 35mm camera made a tired whirring, in its final throws of life capturing the day break. 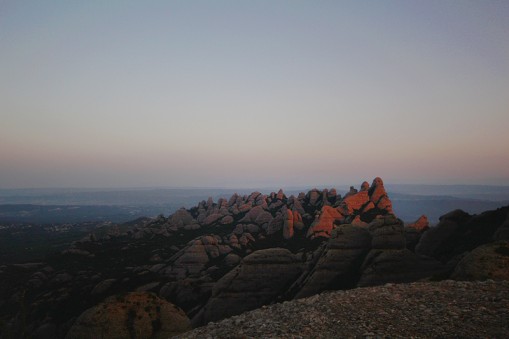 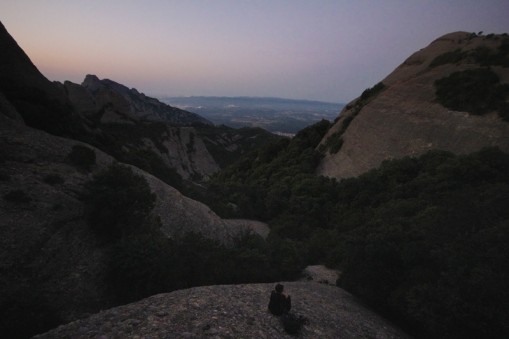 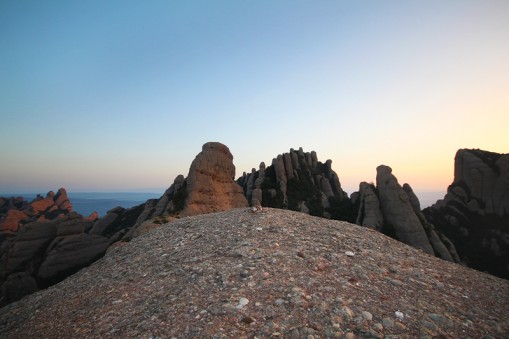 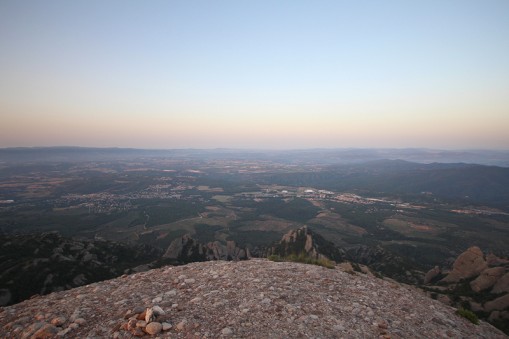