OK, so 2012. What happened? Why did I start writing about my residency in Cataluna, and not post any further updates?

Blogs were drafted as I continued to research the monstrous feminine, and the realignment of fetishism from primitive religious animism to male sexual desire, all the while noting how the hot sun loosened the pages of my books, and the cicadas hummed in my ears.

I wondered if my invocations of the divine feminine suffered from nostalgia, and realised it was all too easy to be a young white female body, lounging in the landscape – they lack edge, and failed to peak even my own curiosity; my interactions felt superficial.

In the second week I began the sacred pilgrimage route up through the mountain to behold and document La Moreneta. I was intrigued by her ambiguous position; now cherished as the christian archetype of chastity, her dark skin betrays her aesthetic origins as an ancient earth goddess, child on lap mirroring icons of Isis and Osiris, and the depth of her skin tone echoing the black fertile soil reflected in the skin of agricultural deities. 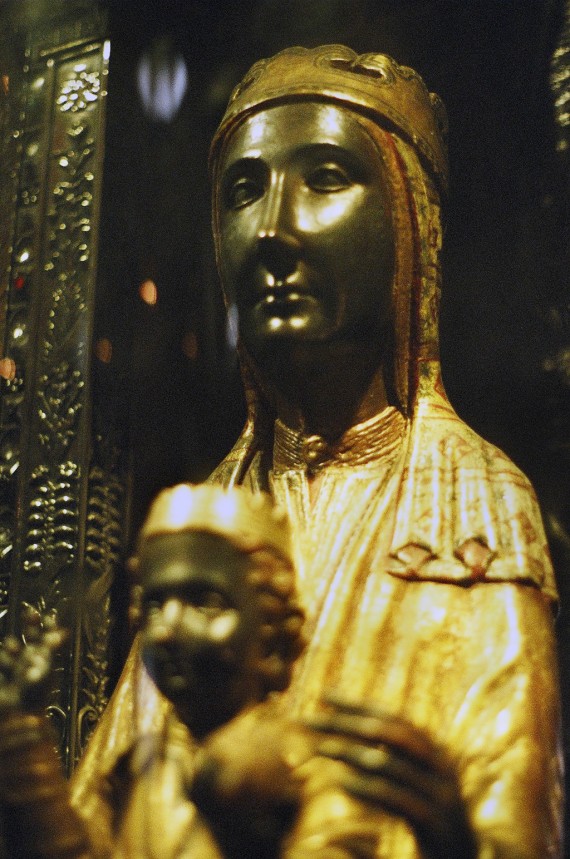 However what I became engrossed with during my first residency at Can Serrat was my investigation into the antithetical of the sacred sheltered virgin ­- the taboos of the female procreative body and her wildness.

Inspired by the feral cats of El Bruc, I prowled the edges of the farmland with only the white clay mark to blemish my body, danced as a mountain goat with gilded horns to the setting sun and held a suckling kitten to my own breast, forming my own uncanny mother and child. 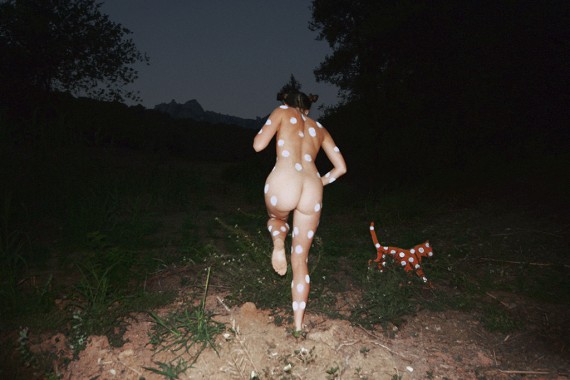 I planned to post these. Truly. In fact I planned to right up until the day I posted another entry yesterday. ‘Update a-n blog’ has hovered nervously at the bottom of my to-do list for the last year. Moved to the top on multiple occasions with a genuine intention of resolving my notes into readable prose,  but those aspirations were consistently bumped by ‘apply to this.. (get paid).. read that.. (get educated).

And the more time that grew between the experience and the writing, the more the imperative to post faded… (and the joy of blogging is in it’s immediacy, that almost archaic romantic notion of writing from afar!)

So what did I do instead?  I booked a one way ticket back, and baby, this time we’re gonna do it right.