Sunday, noon. Catalan noon, which is certainly not 12, nor any time soon after. In fact I have time to make two successive trips back to the masia (one for insect repellant, two for water) before the priest arrives and noon mass can commence. Padre Palau conducts has more than one mass in this region, and is bused around them all throughout Sunday, so the delay isn’t unexpected, no one seems agitated with the wait.

After returning with the water I retake my seat at the back in one of the collapsible wooden chairs,  arranged in four loose rows in front of Cami El Font. 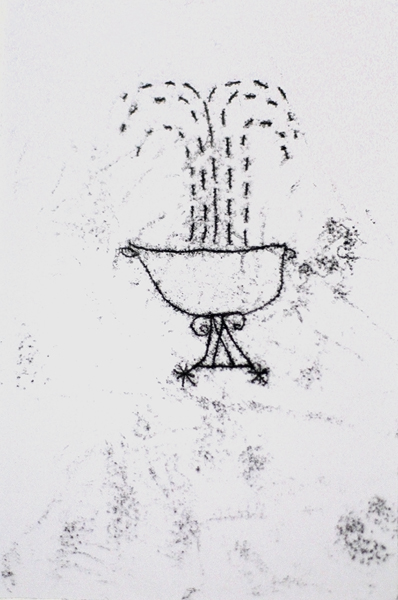 Located at the foot of a steep cactus brindled bank, with sunlight scattered by elm trees, I’d previously found this Font a little sanctuary, purposefully taking the long back route from the village to stop by and greet the Virgin, and muse by her pool. Seemly neglected, this font appeared abandoned; a thick biological scum had accumulated on the water, and a sweet young burmese cat had chosen, perhaps, this as her final resting place, sprawled out across the path – I’d have mistake her for sleeping if not for the blue bottles already clustered around her face. It was a place of liminality. Located on both physical and spiritual peripheries. There was something honest about this place, the death, the decay, and a million miles away (conceptual, though not geographical) from the black virgin in her gleaming gold mountain top alter, polished by the hundreds of tourists which queue to touch her each day.

Both the moggy and the leaves had been cleared away. Last minute offerings were being brought to the makeshift alter; a bouquet of fresh yellow, white and peach carnations, accented with spray of white, was laid at the foot of the Virgin, and bottled font dor set down to the side. 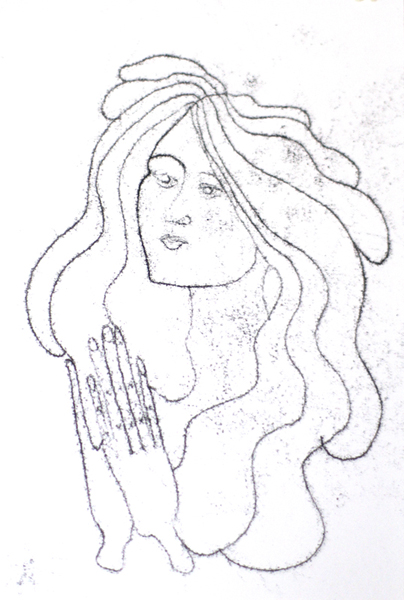 With the priests arrival Mass begins.

He gesticulates, with long sweeping gestures, miming the typing on a keyboard raises a murmurous laugh from the congregation.

A women wearing a wonderful set of mint and chocolate marbled trousers walks to the microphone, knocking the statue’s table as she passes, causing the virgin to wobble precariously back and forth on the uneven ground; it doesn’t seem to be an faux pax, no one reacts with any hint of disdain. Each sentence finished with a choral flourish from the congregation I amb el vostre esperit

A thick eye glassed young boy walks to the temporary pulpit, Padre tilts microphone to meet his mouth, and I’m caught out by the depth of his voice.

Leather clad motorbikes tear past, metres behind my seat, kicking up dust and competing with his deep timbre. He keeps reciting over the din. I amb el vostre esperit

A women wearing pearls, and a brillant orange dress cools herself with a red lace fan. I amb el vostre esperit

The Virgin’s rosary is still swaying after the earlier upset. I amb el vostre esperit

Marbled trousers stands to take collection in sunhat emblazoned with the Catalan flag. I dig in my pockets but I haven’t brought a cent; I feel awkward, but she seems none plussed, some give some don’t, if anyone feels obligation they aren’t showing it.

Padre Palau is concluding the day’s sermon; he gesticulations are interrupted by long sweeps wafting at the mosquitos, increasing the theatrical nature of his monologue.

As lords pray is uttered, even an old man on crutches stands, and trembles. 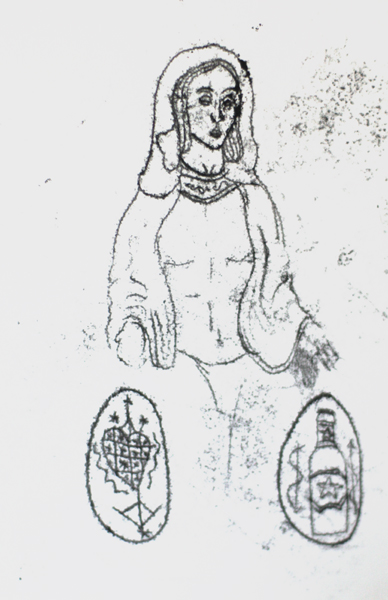 Pop is served in plastic cups, and communion is washed down with fanta and coca cola; one women is wielding a bottle of cava,

A gentleman, now wearing the collection hat, starts the Sardana. This circular folk dance was somewhat a fad in the 19th century, and now a symbol of Catalan nationalism.  tap tap tap

When they finish the applaud themselves.