Yesterday I attended the first of five day classes in Drawing and Movement at The Royal School of Drawing in London. It was a very full-on practical session where I learnt so much about drawing from the tutor, Sara Lee-Roberts. I’ve been drawing all my life yet there is always something new to learn…a way of looking, a way of expressing, a variation on a well-worn technique, a letting-go of elements of your comfort-zone. It was inspirational and most of all practical and active. Here is a small sample of the dozens of drawings I made. 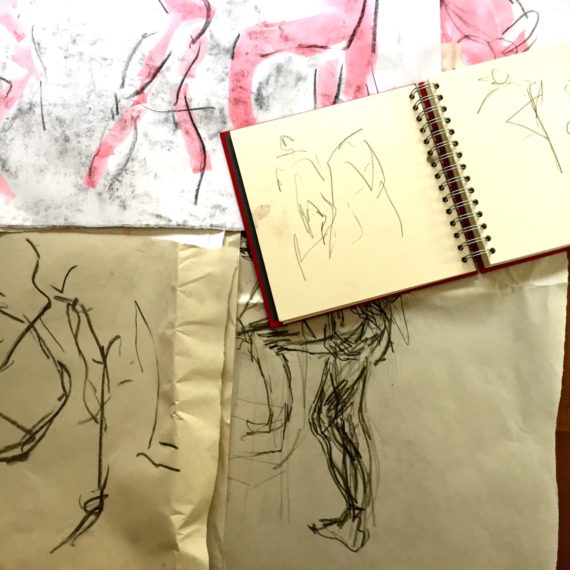 So different from the previous days activity where I sat in college with my peers for a group crit for 4 solid hours. We listened and discussed the work of 5 of the MA group – it’s my turn next week with the second half of the group. A trite expression…. but it blew my mind. The contortions my brain went through trying to understand the complex theories they proposed in relation to their individual practice were exhausting.

So I’ve had a pretty demanding time both physically ( leaving Colchester for London at 7.30 a.m. and getting home at 9 p.m.)on Friday and mentally on Thursday.

Today (Saturday)I woke early with a lot of thoughts swirling around which I just had to get down before they disappeared.

Again, simplistically, from the Impressionist movement onwards there was such a proliferation of Art Movements that it’s a giddying task to keep up and to understand them all. Artists like Van Gogh began to be influenced by Japanese prints – the start of globalisation?  a Prompted by a desperate search for originality from the 19th Century onwards, artists began to draw from their minds and emotions as the need for representation was stolen from them by technology.  Their inherent artistic skills somehow became less admired or valued. Originality, shock and intellectual mind-games took over. (The Shock of the New???) 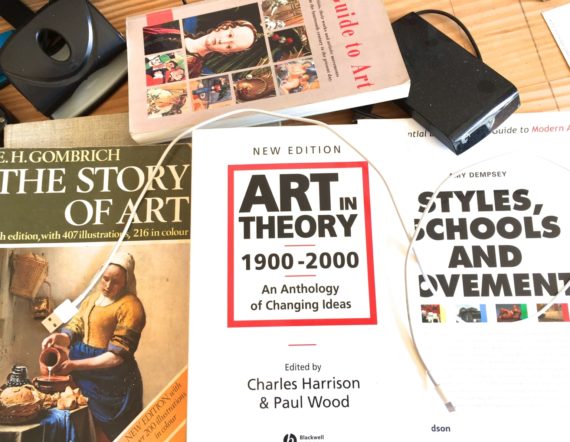 To me this is worrying. The search for originality leads to ever more stretching of the boundaries of traditional skill-based practices. Progress is vital of course and innovation of thought and of new technological advances cannot and must not be stopped. These things lead to increasingly beautiful and amazing artwork but I just feel that art should always be underpinned by fine art skills. At it’s best this is still true. Many of today’s artists are superb draughtsmen and although not evident in their final works, these basic skills are at the heart of much ground-breaking artwork. But there are also many other so-called artists who do not possess these attributes and their work is the poorer for this and it remains to be seen if much of it will endure.

I am of the opinion that we should redefine art into new categories of Fine Art and Creativity. The term Creativity could define a vast array of things which  are happening in art today but which are not, in my opinion, actually Art with a capital ‘A’ however incredible or beautiful the results. Inevitably there would be crossovers but these would retain the value of skill-based art which is being eroded to some degree.

The great leveller of time will prove what does or does not survive as Art. In the meantime I must struggle to come to terms with the jungle of art styles, schools and movements for the sake of gaining my MA.