I have just been reading Andrew Bryant's report about working with Tate media for three months. It sounds like great experience, and not something that could be replicated elsewehere.

I suppose this made me think that a good, or great, internship can offer something really valuable and when used wisely can provide great contacts and experience. Perhaps I should view it more like the decision to study; Andrew decided to take time off work to do this and had obviously given it a lot of thought beforehand.

The fact still remains though that many people could not afford to do this, particularly full time internships. Then again, how many artists make a living out of their work? Or any money at all infact. Perhaps an internship is a better investment for self-sufficiency in the long term! It seems to me that you should look for someone who pays some expenses, and advertises training opportunities. Do your research and choose carefully or you might end up never getting any training, making tea, and generally not getting much back for your time.

Back to that Arts Jobs email then…

Just an observation – I looked at my Arts Jobs email tonight and I think something like 16 out of 38 jobs advertised were unpaid.

Most worrying were the administrator and technician positions on there (unpaid) – that's not something I see very often.

One of my lives involves a freelance contract working for Oxford University where I source and add research-quality visual art websites to http://www.intute.ac.uk – an online resource for research and higher education.

The websites I catalogue each month tend to be very influenced by the research I am doing myself, so I have recently come across some very interesting essays online regarding artists pay and working practice (More to follow).

I have also been trying to make some tough decisions about my studio: space and an amazing building versus six months where it is too cold to actually work. Also frustrations and bad communication versus a fresh start without the reputation and banana skins/tea bags all over. It's very difficult as I feel like I am betraying the group by leaving and it is also a big financial risk to start a new-artist led space in Liverpool as the rent will be higher and there are already empty studios languishing across the city. I also wonder what the benefits of a new artist-led project would be, there are several already and unless it is going to offer something new then I'm not sure it's worth while. I also don't just want a space for showing our own work! A meeting on Thursday should make some decisions about the direction it could take. I hope we can look at getting funding to create a space that will support other artists making/developing new work.

This article by Gordon Dalton on alias sees him playing Devils advocate regarding artist-led spaces. He also explores the options open to graduates upon leaving University and looks at some more succesful ventures.

The other workshops I attended at the TUC Conference last Saturday were more about Liverpool's year as Capital of Culture, which is less relevant to artists as a whole. There were still some realy interesting trends though: Two standpoints emerged – those who were quite bitter about not receiving funding and those who (were not artists) felt artists should be going out there and doing it for themselves. I did state an opinion or ask a question at one point and was told (encouragingly and with well-meaning) to just get together with some friends, find a space and make something happen. I didn't want to sound defensive and say, actually I am in a space (Wolstenholme Projects) with some friends and we put on great things like Liverpool Artists' Book Fair, lots of really interesting exhibitions, exchanges with other artist-led groups and regular films screenings. To deflect this rather patronising response I just said I was thinking less about me personally and more about the industry in general.

But that was one problem with this discussion, so many disciplines were represented there that often we were talking at cross-purposes, or too narrowly about our own disciplines, and some people clearly had no idea about the way in which artists operate.

During the Capital of Culture, none of the artist-led studio groups were successful in getting support from the culture company. I think this is partly due to a decision to focus on bringing people in to the city (more extravaganzas, no money to much less visible causes), it may also have been because the proposals were no good. I don't know. But it does make me think that although I often hear talk about Graduate retention and how important it is to keep young artists in the city, there was little tangible support for this sector during 2008.

Much discussion was had about community arts too and the fact that not enough money went to that. I didn't feel I could put the case for the young artists forward in a concise enough way to prevent saying it all wrong, making it very un-pc and getting attacked from all sides. How feeble of me. What I wanted to say though, was that we are a community in ourselves, and I hope that we will also be the future project leaders and arts innovators in Liverpool. For that reason, we also need to be valued and supported.

I managed to ask a question first, before I lost my nerve.. Most panelists had referenced voluntary work, something I feel very strongly about and that I should never discuss after a glass of wine. I wanted to know what the panelists thought about people working for free. I feel it damages the industry and feeds the idea that it is acceptable not to pay artists. I should point out here that I have done voluntary work in the arts and indeed, I work a lot without getting paid. However, there is a difference in getting paid in kind or experience when others are doing the same, and in working for a company or organisation that is using you as free labour without much recompense. The internship model that is spreading – seemingly from the states – also depresses me. How can someone with limited means work for free? Isn't that just dividing class even more? I'm sure a lot of us have £6/hour jobs that fund our practice, meaning that time is limited. How can we volunteer too? I watched folornly while friends on my BA got great experience in galleries (some of who now work in galleries – and not as Information Assistants!) while I smiled at rude customers in bloody Pizza Hut. It was hard not to be envious.

So in response, the panelists generally agreed. Ideas for stemming this unhealthy trend centered around creating a more supportive community, perhaps even creating a union! The closest we seem to have to a union at the moment seems to be a-n's nan. I am particularly thankful for the pay rates and liability insurance. Scotland have an artists' union thanks to Guyan Porter and friends, and the arts community there is currently fighting the privatisation of the arts into Creative Scotland (loans instead of grants – surely not!). So I feel like there is a model of how to proceed right infront of our noses, but there is definately more research required on my part in all of these areas.

Artists who spoke up in the audience seemed to feel that they were on their own, and that artists were out for themselves, that they had to be out for themselves to stand a chance. One educator in the audience pointed out that art schools train students to think that way and to be competitive and jealous of their own success. There was an element of this in my experience at Edinburgh, although my MA at Wimbledon did encourage strong networks and creating opportunites as groups (perhaps to stand a better chance of making an impact in London).

No doubt I will have more to say once I have digested the day a little more and dechiphered my notes, but for now, some interesting reading around these issues:

Art Schools and the way they teach 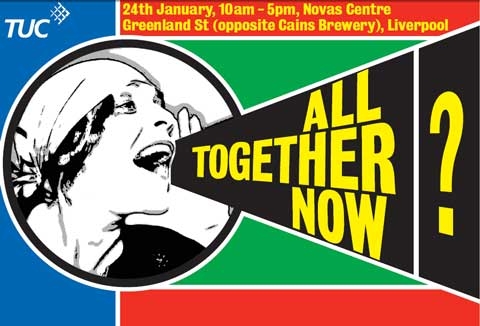