I am back. It was incredibly snowy – they’ve had something like 50 inches this month. I really had the most amazing time and met some great people.

Tha reason I was invited was to take part in a panel for a seminar on artists’ books. This was because my book ‘Unfolding Architecture’ is in an exhibition by Women’s Studio Workshop (the publishers) at the Grolier Club in New York. http://www.grolierclub.org/

This was the most bizarre pairing in many ways – a DIY space set up in 1974 by four women showing in a stuffy (but beautiful) private club for fine book binding. It was also very pink inside. But I felt like this was WSW getting appreciated for the incredible work they’ve been doing over the years. Judging by all the people that came to the seminar, they have many fans.

So I was on the panel, and I managed not to blush or stutter too much. When asked what I had taken with me from my residency at WSW, I replied that their generous funding, support and proper provision for artists during the residency I did had made me really question the conditons that artist often accept. I went on to mention this blog and the fact that I hope to advocate better conditions. This kind of dominated the questions afterwards, further proof for me of how much people want to engage in the discussion around money and value. There were jokes after too, oh careful, she’ll want paying. They were just jokes too, but I always want to stress that it is not just about money, it is about value. They may be linked, but to make sure I get paid is not the point – it is about getting better across the board. It is about how artist are valued in society. The current government couldn’t be doing much more to make the arts appear disposable. Galleries and institutions are used to paying in ‘exposure’ and CV fodder. It is much more than money.

In that vein, on Friday morning I met with the group WAGE in one of their apartments in Brooklyn. Aside from the adorable ‘pocket’, a teeny lap dog, I really enjoyed meeting this incredibly intelligent and active group. I am profiling them in the March issue of a-n so will say more there, but please look at their website. http://www.wageforwork.com/wage.html

I have still to listen back to the transcript as my tax return took precedence today, but I am looking forward to that tomorrow.

The trip has led to several other aquaintences, some have emailed, purchased my book, invited me on visits and one of the artists in the panel interviewed me for her artist’ book website on Thursday. It astounds me how much can happen in a few days and how many connections spring from an event like this. I started a diagram some time ago about how work has led to more work, but it got into a mess beacuse so much crossed over. Maybe I shall try on a smaller scale and see how that looks!

p.s. I’ve just read a great entry about artists from Rosalind Davis (see VALUE above). She says “Use your influence to create change. Dont isolate yourselves. Give back…..be part of something more than yourselves.”

Back from YSP after a few elating, sunny days. Now I am mainly avoiding my tax return, but I have to do it today, otherwise I shall go to New York on Saturday and it will plague my dreams. Pretty sure I don’t owe any tax, it’s just the paper mess I have to contend with. As I started the schools bursary in September 09, I just lost my handle on everything like that as I was barely keeping up with day to day work. Since the bursary I have sorted it out, but there is a massive black spot in my accounts. BOO.

It was probably the sun, but I was on a complete high at the park. It is such an incredible place and I feel very privileged to be able to wander freely round the whole place, including the nature reserve, which is off-limits. I also finally got access to the old student halls that are there, after I have been pestering for a while; see pictures. The halls used to be part of Bretton College – a teachers college and exciting hub for experimental theatre and dance in the 70s. They also had fantastic art facilities and the sculpture studios remain intact up by Longside Gallery. Anyway, I am going back in a couple of weeks to make some site-specific pieces in the halls and have a costume work photographed, so this was groundwork for that. They are damp and stink, but I am drawn to them, despite the grand hall, probably because they are marked for demolition.

William Wentworth, who lived at the Hall, was by reputation, a bit of a cad. He had a ship, Aurora, that he held lavish parties on the lake in, some of which lasted for days. There was also a cluster of islands that he built in the lake, with follies like the temple of Venus (which may really have been a temple of lurve) and another with a menagerie on. Unfortunately, when the lake was dredged later, these islands were filled in with mud from the bottom, but their forms are still slightly visible. I cannot explain to you how these stories set me alight and inspire all kinds of ambitious and preposterous work (I am seeing that this may be my best kind). So now I have plans for a work set in the landscape, and I NEVER saw myself leaving the gallery, as well as a performance work on the lake. I feel light and skippy and generally excited to the point where I can’t sleep. It is wonderful.

Now, where was I?? Oh, shit. The bloody tax return.

Mine officially began on Sunday as I couldn’t restrain myself any longer and had to do some work! Felt good and I am bursting with ideas. This is a major relief as before Christmas I felt like I may never have a new idea ever again. That is the power of mince pies, and a good rest. Dan managed to find me an amazing out-of-print 80s book on follies too, my best present since the last out-of-print book he found for me!

Unfortunately, Christmas week was full of water. Two pipe bursts at my sister’s shop meant she had to close down, a sad day but I’m sure she will find a way of making it happen again. The studio also had a massive burst, and I mean massive. I wonder if the water had been flowing for more than a day as it was 2 inches deep in places. I didn’t get there till most had been brushed out, but Dan and I mopped up as much as we could, especially in people’s spaces where things had already been damaged. I can’t say it was surprising in a building with no heating, but it’s a reminder to use good storage (drawings in plastic and so on) as well as documentation (and back up of files!).

By chance, at the same time I read a short story in Uppercase magazine (beautiful publication from Canada) by a girl who lost all her belongings in a storage space flood while travelling. She said it was liberating. I suspect she is right, but I still can’t quite liberate myself! I also saw an online project where I guy had cleared his life out until he owned only 100 objects. If this didn’t include books it might just be possible. Accordingly, one of my resolutions for the new year is to be less beholden to stuff. I am emotionally attched to everything I own pretty much, and feel like I have to guard it. Fact is, I need a clear out.

‘Word for the Year’ was doing the rounds on twitter; a way of summing up a feeling or attitude about your intentions for 2011 rather then saying ‘I won’t drink too much wine’, which is clearly bollocks. This idea came from @kirstymhall and I chose ‘savour’. This is not only to do with wine, but generally about enjoying things more, choosing more carefully and putting more energy into fewer projects and adventures. It is the life/art equivalent of swapping 20 items from Primark for a Vivianne Westwood dress. Oh alright, 40 Primark items for a Vivianne Westwood dress in the sale – you know what I mean.

The week between Christmas and NY was also a surprising one, with some very nice and whoop-making invitations arriving in my inbox. Seems travel is on the cards this year and Milan and Rotterdam just got added to the list. A little worryingly, some months in 2011 are just crammed already. It is exciting, but a bit of a headwreck how quickly this happens. I am trying to remember the advice of the curator from YSP who reminded me that projects do not only take the time they are programmed for, but you have a build-up and come-down too that needs factoring in. DOH.

It is Dan’s birthday on Wednesday so we are having a weekend in York. Then on the 22nd I am off to NYC for a week, mainly to speak on a panel at a seminar at the Grolier Club. Hopefully there will also be time to catch up with friends there and see plenty of exhbitions. Oh, did I mention shopping? The paper and letterpress inks you can get in the states are amazing… *sigh*. But of course, I won’t be buying loads of tat..right?

Just finishing up a piece for Feb’s issue about alternative funding sources today – very exciting stuff that opens my eyes to a lot of new possibilities. Through research I have been in touch with an artist in NYC who I hope to meet for cwaffee and a bagel or something. I love the ridiculous simplicity of the online world. 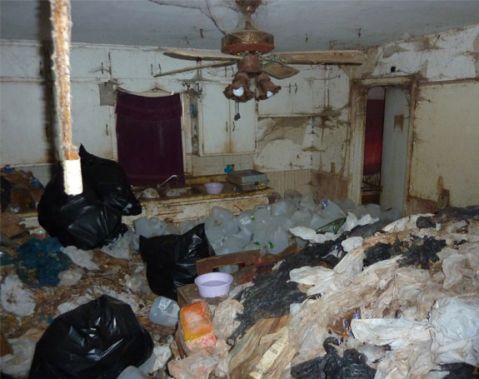