Really great to see AIR taking part in the protests on Saturday – really loved the long banner! I was disappointed to miss the march, I had though I would be abroad, but even being in the UK, I am just too skint at the moment! The £11 singles I rely on to go to London seem to be getting sparser and the walk on fare is now around £75. It’s just not possible to be spontaneous these days!

BT kindly cut my internet off at home last week and for some reason I have also discovered a whole load of unsent emails that I thought had gone up to 2 weeks ago! MESS. The last week I have mainly been at home or looking after my niece. Time spent playing, reading and spring cleaning. I think I have just about halved the contents of our house. It’s an amazing feeling, but I am not done yet alas…

As I was planning to go to Japan for three weeks, I had packed a crazy amount of work into the fortnight before I was due to leave. Included in this were a number of lectures and talks that I had been asked to do.

During my first residency in 2004, one of the other artists was asked to go and give a talk somewhere in Edinburgh (about the residency). At this time, I felt I had escaped certain death – if they had asked me I would have withered on the spot. I had a really terrible blushing problem in high school – for a while I was nick-named ‘attack of the killer tomatoes’ so that might give you an idea just how red I went. I guess I have slowly overcome it, especially as going to University offered me a break from that identifier! My MA was probably the thing that really sorted me out once and for all with public speaking. But still, like most people (I imagine), I still find it pretty excruciating. I always feel I am giving a lot of myself away and I always finish a talk feeling a bit used somehow. Basically I would do well to man up and start thinking about it a bit more objectively.

This is something I have touched on before, but in reality, talking about your work, blog, practice, stuff etc is part of being an artist these days. It is a way of gaining experience in universities, as a visiting artist usually gives a talk as well as tutorials and it is often built into funded opportunities/exhibitions/residencies.

Increasingly, people ask to record my talks (audio and video), which makes me cringe a bit – or students dump a voice recorder infront of you without asking – and the latest is here: http://vimeo.com/21013498

In a way, it’s good to watch yourself back, but it’s also horrible. What struck me was how much is lost in a recording. I usually keep talks quite informal and rely on audience reaction – this doesn’t really come across somehow. Rich White also did a talk at the same event: http://vimeo.com/21038734. His was half read from an essay and half unplanned. I thought it worked better as a Vimeo clip – more formal,clearer and less emotional perhaps, although I am not sure I am using the correct words here.

So I have been thinking that the way I approach talks maybe needs to be more diverse; to be more planned, timed, and rehearsed if they are going to be used as an online resource. I don’t know, perhaps the answer is not to do them, or to not watch them back! No more for a while though, I need to build my reserves!

So, we had to postpone our trip to Japan (supposed to be yesterday) for obvious reasons. We will hopefully be going in September instead. I am just about getting my head around the fact and coming down from the mass of anticipation and stress that has been the last week. I hadn’t realised how much you gear up for a trip like this, plus I have been completely distracted and glued to the news since the earthquake, to see what was unfolding there. It’s heartbreaking to watch and I hope they can make a swift recovery.

A bit like when my Swiss trip was cancelled in December, I feel like I have been given the gift of time, especially as I seem to have agreed to a number of extra YSP-curricular projects by accident. Whoops.

I have two unexpected weeks to work so I will be reading the books I saved for holiday – all art related. So this will be like, well, doing actual research rather than stealing 10 mins reading on trains and before bed. I have already completely failed at not being online, but I shall endeavor to chill out my computer usage. While in London I made a quick stop at Muji (I know, pathetic attempt to do something Japanese) and bought notepaper and coloured pens. This is to encourage writing by hand, preferably outside. First book is ‘A Short History of Decay’ by E.M.Cioran. I can see my work becoming even more bleak. Best make sure I waddle and wear funny outfits in my performaces to counteract that!

See also – go for more walks – I think it was Ballard who had twice daily, 40-min constitutionals in Shepperton where he lived.

Also wanted to flag up some interesting reading. My artist’s statement needs a bit of tlc and this article has given me a swift kick up the arse: http://www.frieze.com/issue/article/please_release…

How is your statement looking at the moment? 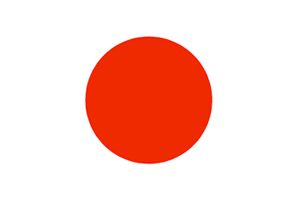 I AM NOT IN JAPAN.

Lots of work and illness is to blame for my lack of posting recently. But, throat is pretty much recovered now and probably meant I had a good, if slightly painful, break from things. It was nice to get some extra sleep at least!

This time in two weeks I shall be boarding a plane for Tokyo – and I am so ridiculously excited that I am having mini-palpitations just writing that. I am going to attempt to go the whole time (18 days) without using the internet, unless it is to look up holiday things. I will probably fail, but I am getting really sick of computers and the weird, unhealthy habits I am developing. I check everything way too often and I am starting to feel RSI in my right hand and wrist. The way I internet also seems to make more work for myself somehow too.

I’ve had some interesting conversations on twitter about this – with some very helpful suggestions coming my way about efficiency and happy-making strategies. These include the Pomodoro method – based on tomato-shaped kitchen timers. You use 25 minute-timed periods to work on specific tasks, taking 5 minute breaks in between. After 3 pomodoros you have a longer break. I’m sure there’s more to it, but I don’t intend to buy a book to find out. I tried it yesterday and I was much more productive than normal. Another one was to check email and social media only 3/4 times a day: 10am, 12.30, 3pm and 7.30pm. I didn’t stick to that AT ALL. Oops.

We had a power cut for a day on Monday, so I did some writing by hand and realised how out of practise I am! I had a veritable claw by the end. Not great. Must do more.

So yep, time for a much needed break and chance to change my routine. I will be coming back to what seems like a mountain of work too, so I feel like it’s double-important to clear the decks somehow.

Before I go, I have a bit of lecturing to do and will be speaking at this event on 12th March.

Modes of Practice in an Age of Austerity

How do we survive the cuts without sacrificing or compromising our practice, ethics and professionalism?
Modes of Practice in an Age of Austerity is an event for artists and other creative practitioners to explore and discuss strategies for survival in a time where cuts threaten to obliterate the art world in the U.K. and beyond.

Really looking forward to seeing what comes out of it – will keep you posted. 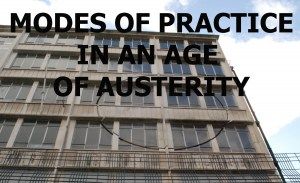