Good news and really sad news this week. I found out that Intute (for whom I work as a cataloguer) has had its funding cut by half. This basically means that there may be a bit of work this year (contracts run until the end of June so a new one has begun), but there will be no manual entering of websites to the catalogue in 2010, hence I am out of a (small but rewarding) job. I have been doing this since 2005 and will miss it! I have entered over 500 websites thus far and reviewed more on top and it has proved to be an incredibly educating experience. It can also be annoying when whoever I meet, I can usually say, oh yes I know that website – I catalogued it. They have no idea what I’m talking about but it gives me an introduction to many organisations I would never otherwise have heard of.

More worryingly, the £200-300 ish income a month it gives me (I only do a few hours) is the only guaranteed income I have as all my other jobs are freelance. So in tough months, for example in January and February this year, I only earned this: it was difficult to say the least. There is going to have to be some serious planning here.. I cannot make it through the crappy winter months on nothing next year. I am slightly saved by the YSP bursary, but that is finite and does not make for a sustainable income or life!

In happier news, I have been nominated by Liverpool Biennial (I know, I know, the very organisation I have been critisicing for depending too heavily on volunteers) for a short residency in Linz, Austria. I found out yesterday that I need to be there next week, so it was a day of much googling and travel planning. Think I am going on Wed, but nothing booked yet as I still debate the benefits of Eurostar over flying. There is a travel budget of about £550 so for once no need to take the cheapest and most uncomfortable, inflexible route with all my belongings packed into my handbag… I need to take work with me as there is an opening for the new building on Friday 10th, how to get my cradboard creations in a suitcase with squishing them? Big print order from photobox today I reckon!

There is E1000 fee per month and a E500 materials budget for the project. A newly renovated apartment and studio are included for free with wirless and things. I’ll be looking forward to it when it has sunk in!

Some images of the Salzamt (Salt Authority building) being transformed into the International Studio House here:

will keep you posted.. a second blog perhaps? 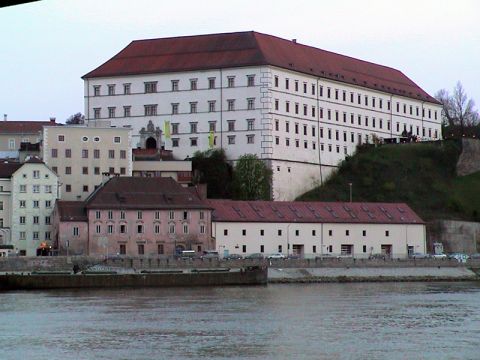