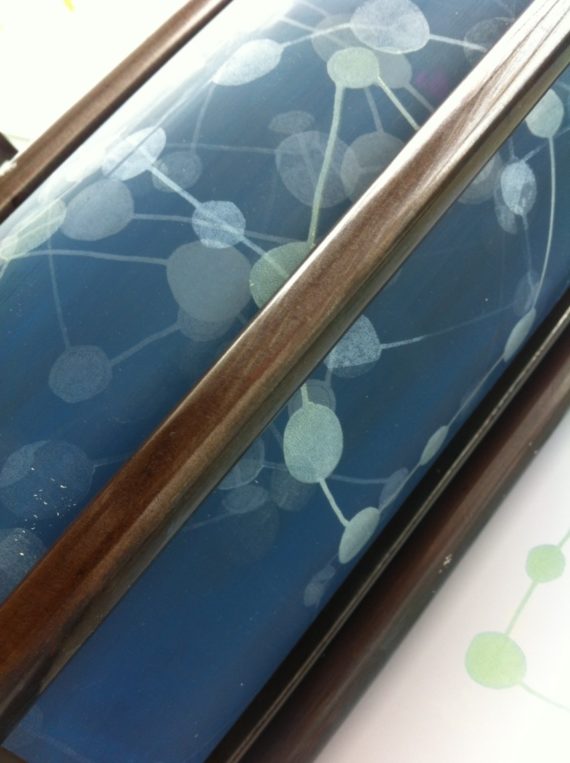 Revisiting ideas from a long period of research, I’m beginning at The Beginning, in fact at the very beginnings of life. In his book, The Selfish Gene, Richard Dawkins theorises about the origins of life, when, in the primeval soup which existed many millions of years ago on Earth, chemical processes randomly allowed atoms to come together to form simple molecules which resulted in the formation of organic substances and in particular the “exceedingly improbable” occurence of The Replicator – a molecule which had the ability to create copies of itself. As Dawkins says, “In the lifetime of man, things that are that improbable can be treated for practical purposes as impossible”; so I am prompted to think about some of the things our limited human minds might consider to be impossible, which may perhaps be merely improbable. 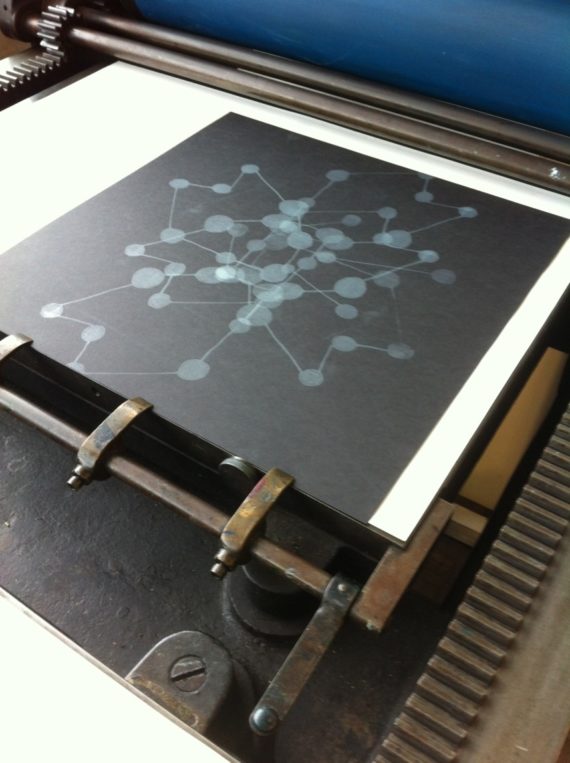 Indeed, as we’re all discovering, we are now capable of many things which not so long ago were thought to be impossible and every day a new scientific miracle appears in the news. Science is transforming our lives, our bodies and our world, for better or worse, as well as reaching out to other worlds which were once only accessible in our dreams. 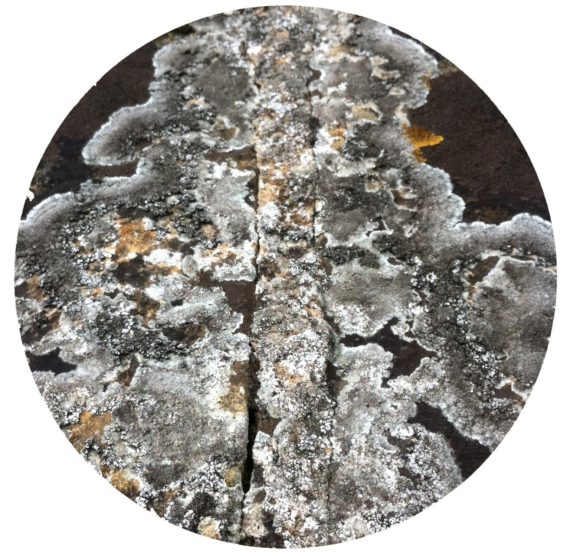 I’m beginning to explore these ideas through printmaking, in particular a process which is new to me – photo-lithography. Previously I had been collaging together images from different areas of my research but have been looking for a way to unify these images in a way which I couldn’t achieve using collage. I’m excited to be learning this new skill (though I’ve a lot to learn!) and to  be able to bring together photography, drawing, cutouts and scans and combine them through the unifying process of print to make images which might have new meanings, pose different questions, propose new ideas.